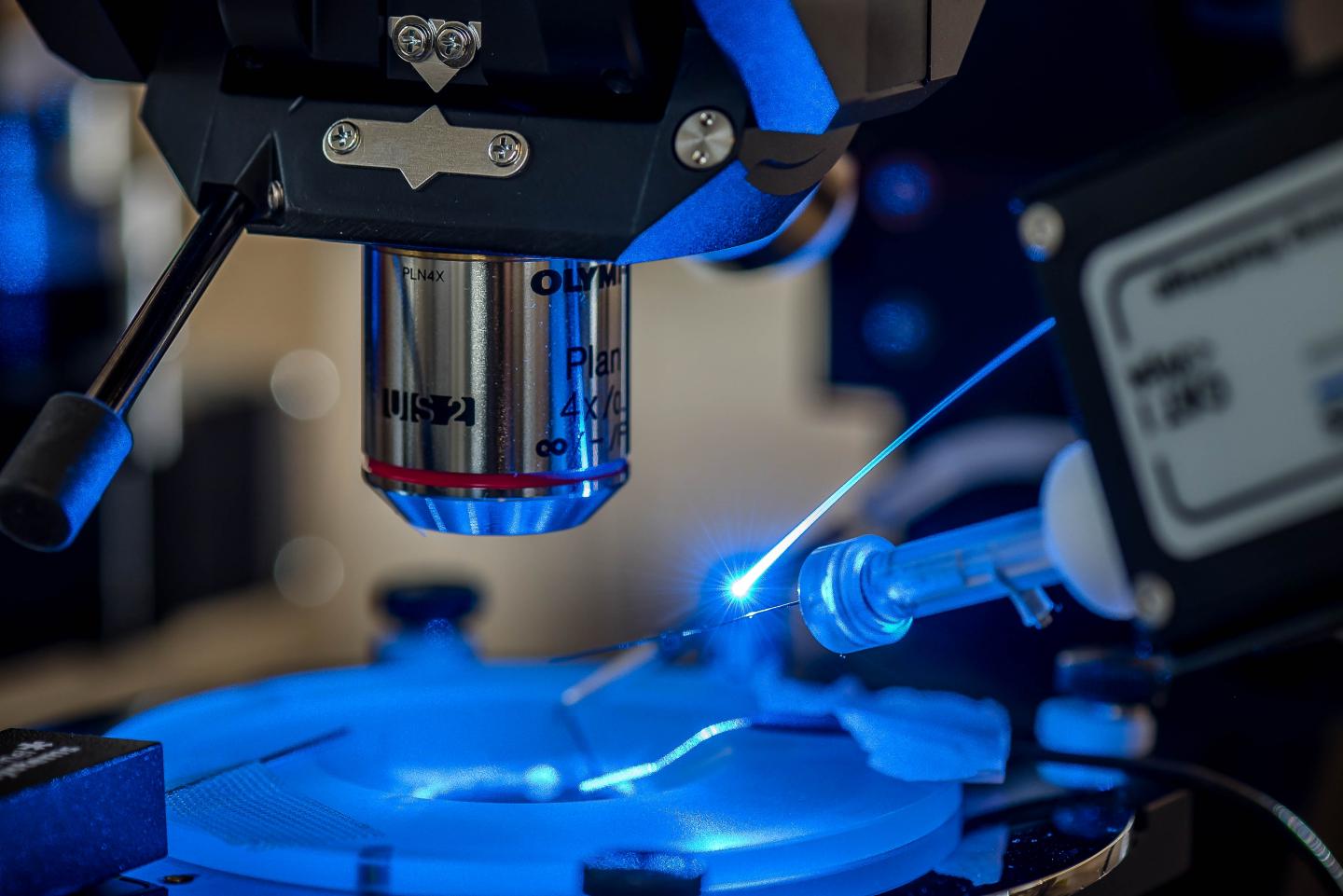 Every night while sleeping, we cycle between two very different states of sleep. Upon falling asleep, we enter non-rapid eye movement (non-REM) sleep where our breathing is slow and regular and movement of our limbs or eyes are minimal. Approximately 90 minutes later, how-ever, we enter rapid eye movement (REM) sleep. This is a paradoxical state where our breath-ing becomes fast and irregular, our limbs twitch, and our eyes move rapidly. In REM sleep, our brain is highly active, but we also become paralyzed and we lose the ability to thermoregulate or maintain our constant body temperature. “This loss of thermoregulation in REM sleep is one of the most peculiar aspects of sleep, particularly since we have finely-tuned mechanisms that control our body temperature while awake or in non-REM sleep”, says Markus Schmidt of the Department for BioMedical Research (DBMR) of the University of Bern, and the Department of Neurology, Inselspital, Bern University Hospital. On the one hand, the findings confirm a hy-pothesis proposed earlier by Schmidt, senior author of the study, and on the other hand repre-sent a breakthrough for sleep medicine. The paper was published in “Current Biology” and highlighted by the editors with a comment.

The need to maintain a constant body temperature is our most expensive biological function. Panting, piloerection, sweating, or shivering are all energy consuming body reactions. In his hypothesis, Markus Schmidt suggested that REM sleep is a behavioral strategy that shifts en-ergy resources away from costly thermoregulatory defense toward, instead, the brain to en-hance many brain functions. According to this energy allocation hypothesis of sleep, mammals have evolved mechanisms to increase REM sleep when the need for defending our body tem-perature is minimized or, rather, to sacrifice REM sleep when we are cold. “My hypothesis pre-dicts that we should have neural mechanisms to dynamically modulate REM sleep expression as a function of our room temperature”, says Schmidt. Neuroscientists at the DBMR at the Uni-versity of Bern and the Department of Neurology at Inselspital, Bern University Hospital, now confirmed his hypothesis and found neurons in the hypothalamus that specifically increase REM sleep when the room temperature is “just right”.

The researchers discovered that a small population of neurons within the hypothalamus, called melanin-concentrating hormone (MCH) neurons, play a critical role in how we modulate REM sleep expression as a function of ambient (or room) temperature. The researchers showed that mice will dynamically increase REM sleep when the room temperature is warmed to the high end of their comfort zone, similar to what has been shown for human sleep. However, genet-ically engineered mice lacking the receptor for MCH are no longer able to increase REM sleep during warming, as if they are blind to the warming temperature. The authors used optogenet-ics technics to specifically turn on or off MCH neurons using a laser light time locked to the temperature warming periods. Their work confirms the necessity of the MCH system to increase REM sleep when the need for body temperature control is minimized.

This is the first time that an area of the brain has been found to control REM sleep as a func-tion of room temperature. “Our discovery of these neurons has major implications for the con-trol of REM sleep”, says Schmidt. “It shows that the amount and timing of REM sleep are finely tuned with our immediate environment when we do not need to thermoregulate. It also con-firms how dream sleep and the loss of thermoregulation are tightly integrated”.

REM sleep is known to play an important role in many brain functions such as memory consoli-dation. REM sleep comprises approximately one quarter of our total sleep time. “These new data suggest that the function of REM sleep is to activate important brain functions specifically at times when we do not need to expend energy on thermoregulation, thus optimizing use of energy resources”, says Schmidt.

Scienmag Nov 4, 2019
For the first time, transparent conductive circuits made of silver nanowires used to make rigid and flexible…