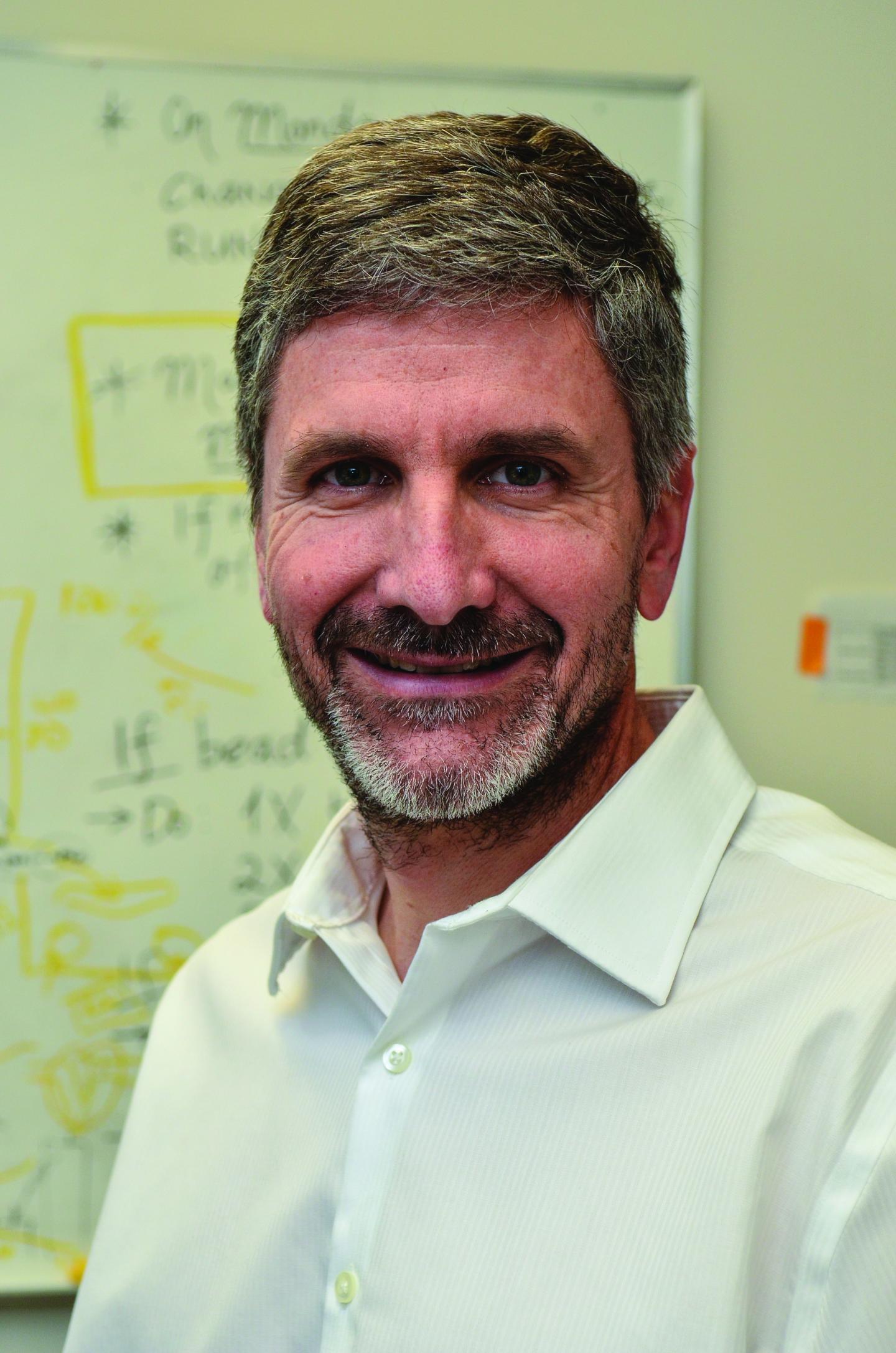 The saying “God doesn’t play dice” is meant to suggest that nothing happens by chance. On the other hand, cancer seems like the ultimate happenstance: Don’t we all have a 43-year-old, vegan, triathlete friend fighting cancer? Does this mean that cancer plays dice? According to the traditional model of how cancer develops, yes: Every time a cell divides, you roll a die, and the more years you roll, the greater your chance of rolling an unfortunate mutation that causes cancer. Some young people get very unlucky and some older people get very lucky, but overall, the longer you live, the more times you roll the die, the greater your risk of developing cancer. It makes perfect sense.

Only, a University of Colorado Cancer Center study published in the journal eLife points out a simple problem with this model: Many cancers require more than one activating mutation. In other words, not only one but multiple unlikely bad things have to happen to cause cancer. Think of this like rolling multiple dice, or perhaps like rolling an unlucky number on a single die, multiple times. Say you’re rolling a 100-sided die with “42” being a cancer-causing mutation. You would expect it to take longer to roll four 42s than it does to roll one 42, right?

But the current study shows that no matter the number of unlucky events needed to cause a specific kind of cancer, cancer risk rises equally with age. On average, it takes only one mutation to cause mesothelioma, eleven mutations to cause colorectal cancer, and four mutations to cause pancreatic cancer. But despite the dramatically different Vegas odds of “rolling” one, four and eleven “42s,” the incidence of these cancers goes up uniformly with age, accelerating from about age 60 to about age 85. In this case, it does not, in fact, take longer to roll eleven 42s than it takes to roll one 42.

The evidence against the traditional model of oncogenesis gets curiouser and curiouser.

Some cancers arise from giant pools of stem cells, while other cancers arise from very small stem cell pools. These larger stem cell pools are like rolling far more dice – sometimes thousands of times more dice – and when rolling more dice, you would expect to get the needed number of unfortunate 42s much more quickly than if rolling fewer dice. This means that cancers that grow from large stem cell pools should arise much earlier in life. They do not. Like the number of activating mutations, no matter the size of the stem cell pool, the incidence of most cancers rises uniformly with age. (Also, whales have millions of times more cells than do mice, and yet cancer is no more common in whales than it is in mice – this lack of correlation between number of cells and cancer incidence is called Peto’s Paradox.)

Again, the point is that according to the traditional model of oncogenesis, it should take you longer to randomly generate four cancer-causing mutations than it takes you to generate one. And if you are rolling dice for a billion stem cells, generating these mutations should take less time than if you are rolling dice for a million stem cells. In reality, neither is true: Neither the number of activating mutations nor the size of the stem cell pool affects the age at which people develop these different kinds of cancer.

“What was really striking to us is that if you normalize all the cancer incidences, they all fall on top of each other – for different cancers that require such a different number of drivers and that arise from stem cell pools that range thousands of times in size, incidence is the same across age,” says CU Cancer Center Deputy Director, James DeGregori, PhD. “What this means is that, mathematically, one cannot account for carcinogenesis simply with mutation accumulation over age.”

In other words, something other than the traditional model of oncogenesis is in play.

It seems somehow fitting that DeGregori’s answer to the questions of God and cancer playing dice comes from the field of evolution. And his methodology comes from, well, playing dice.

“Essentially what we show is that a logical way to get these patterns is to assume that selection for these mutations is disadvantageous in youth, but become advantageous later in life,” DeGregori says. Lead author of the current study, Andrii Rozhok, PhD, demonstrated this differential selection by using a mathematical technique called Monte Carlo modeling, which, appropriately named after the gambling mecca, is basically a way to incorporate randomness into prediction models.

“If you think about the classic example of evolution, before the Industrial Revolution, it was advantageous for moths to be fairly light colored to match light-colored lichens on English trees. In pre-Industrial England, some moths were born black, but they were selected against. It was only when soot covered the trees that being dark colored became advantageous, allowing dark moths to out-compete light ones,” DeGregori says.

Like black moths, cancer cells may pop up from time to time in a young, healthy body, but they are generally selected against. It is only when old age, smoking (soot!), UV exposure or other carcinogenic factors adjust the tissue ecosystem that the black moths of cancer cells suddenly find themselves most fit.

DeGregori calls this model of cancer driven by natural selection Adaptive Oncogenesis. And, in fact, cancer is not the only bad actor that takes advantage of tissue alterations that we experience at older ages.

“If you graph out heart disease, kidney disease, basically all the bad stuff that starts happening to us late in life, they all display similar patterns as cancer incidence. In this way, we can think of cancer as being cut from the same cloth as other diseases of aging – the same tissue changes that increase the risk of many other diseases make tissues more hospitable to cells with cancer-causing mutations,” DeGregori says.

Basically, you get old and then you die. But it’s not all bad news!

“The flip side is that youth is powerfully tumor suppressive,” DeGregori says. “We are each composed of 30-40 trillion cells and we maintain this cooperative structure for more than half a century with minimal risk of cancer, even with all the exposures, all the cell divisions. It all comes down to how natural selection has invested in our bodies, simply as a means of maximizing return on investment – of investing in ensuring we reach reproductive age. Cancer reflects the waning of selection to maintain us.”

Does God play dice? Ask the theologians and philosophers. As for cancer, it seems that it does play dice – chance and randomness certainly play major roles in deciding which individuals get cancer. But the dice are loaded. On a population level, rather than the fact of rolling a 42, what really affects cancer risk is how well adapted these dangerous number-42 cells are to their environment. In young, healthy tissues, 42 cells lose. In older tissues, they win.