The Western Pacific Subtropical High (WPSH) is an anticyclonic atmospheric system hovering over the middle and lower troposphere of the northwestern Pacific, dominating summer climate extremes in the densely populated countries of East Asia. 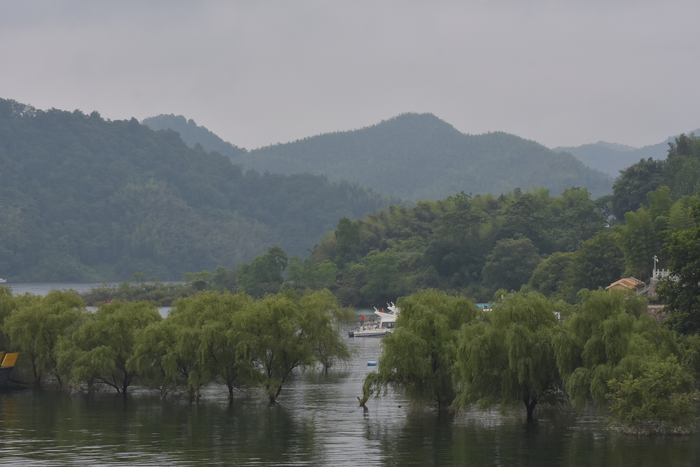 The Western Pacific Subtropical High (WPSH) is an anticyclonic atmospheric system hovering over the middle and lower troposphere of the northwestern Pacific, dominating summer climate extremes in the densely populated countries of East Asia.

In the summer of 2020, an anomalously strong WPSH led to catastrophic floods with hundreds of deaths, 28,000 homes destroyed and tens of billions of dollars in economic damage in China alone.

Scientists from the Institute of Atmospheric Physics (IAP) of the Chinese Academy of Sciences and the Commonwealth Scientific and Industrial Research Organization (CSIRO), recently found that the frequency of such strong WPSH events as seen in the summer of 2020 is likely to increase under the business-as-usual carbon emissions scenario, based on 32 climate models.

Their study was published in PNAS on May 30.

The interannual intensity of the WPSH is influenced by the variability of sea surface temperature (SST) in tropical regions such as the central Pacific and Indian Ocean. The anomalous SST can affect both local and remote rainfall and atmospheric convection, which in turn modulate atmospheric circulation over the northwestern Pacific.

Under global warming, rainfall and atmospheric convection can be more sensitive to SST variability. This is because saturation vapor pressure increases exponentially with increases in temperature. In a warmer climate, the mean-state moisture content of the atmosphere will increase and the response of tropical humidity and associated gross moist instability to SST anomalies will also be larger.

“These changes combining with the non-uniform change in background SST can lead to enhanced responses of atmospheric convection to the central Pacific SST, and then increased variability of atmospheric circulation, including the WPSH,” said Dr. YANG Kai from IAP, lead author of the study.

“The increase in WPSH variability translates into an increase in frequency of strong WPSH events, which suggests that greenhouse warming is likely to increase the risk of East China flooding associated with strong WPSH events as seen in the 2020 episode,” said Prof. HUANG Gang from IAP, one of the corresponding authors.