Colorectal cancer is characterised by consistent changes in our gut bacteria across continents, cultures, and diets 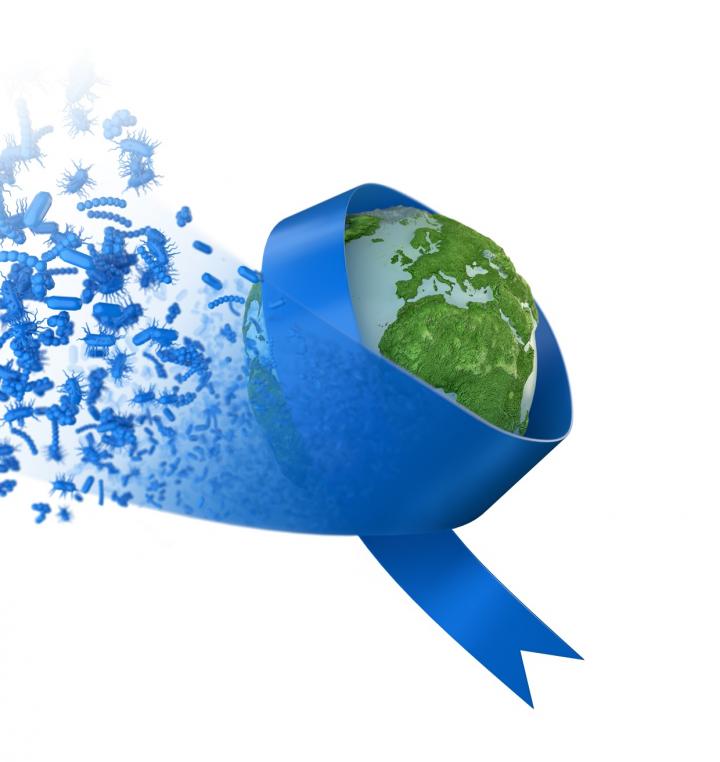 Cancers have long been known to arise due to environmental exposures such as unhealthy diet or smoking. Lately, the microbes living in and on our body have entered the stage as key players: while stomach cancer can be caused by a single bacterial species, Helicobacter pylori, the role that gut microbes play in the development of colorectal cancer – the third most common cancer worldwide – is less clear. To determine their influence, association studies aim to map how the microbes colonizing the gut of colorectal cancer patients are different from those that inhabit healthy subjects.

Researchers from EMBL, the University of Trento, and their international collaborators have now analysed multiple existing microbiome association studies of colorectal cancer together with newly generated data. Their meta-analyses establish disease-specific microbiome changes which are globally robust – consistent across seven countries on three continents – despite differences in environment, diet and life style.

Georg Zeller from the European Molecular Biology Laboratory (EMBL) in Heidelberg, Germany: “We used a rigorous machine learning analysis to identify microbial signatures for colorectal cancer. We validated these signatures in early cancer stages and in multiple studies, so they can serve as the basis for future non-invasive cancer screening.”

Nicola Segata from the University of Trento in Italy: “We not only established a panel of gut microbes associated with colorectal cancer across populations, but also found signatures in microbial metabolism that have similar predictive power. These will enable new research aiming at understanding how gut microbes may contribute causally to cancer development.”

The study led by EMBL scientists focuses on a process in which certain gut bacteria turn bile acids that are part of our digestive juices into metabolites that can be carcinogenic. The related study from the University of Trento shows how certain classes of bacteria degrade choline, an essential nutrient contained in meat and other foods, and turn it into a potentially dangerous metabolite. This metabolite has previously been shown to increase cardiovascular disease risk, and can now also be linked to colorectal cancer.

One of the challenges of metagenomic studies, which are based on genetic material from microbes in environmental samples such as stool, is to link genetic fragments to the various microbial organisms they belong to. The goal of this so-called taxonomic profiling task is to identify and quantify the bacterial species present in the sample. “Despite different approaches in taxonomic profiling and statistical analysis, our studies reached very similar conclusions,” says EMBL group leader Peer Bork, “which makes this one of the most promising cases for microbiome-based diagnostics so far.”

Providing a complete picture of the metagenome

In their study, the EMBL team employed a novel tool named mOTUs2 that can very accurately identify and count bacterial species in metagenomes. This tool was developed in collaboration with the Sunagawa group from ETH Zurich. “Our method’s strongest feature is that it enables us to quantify bacteria that don’t even have a genomic reference,” says Georg Zeller. “These species haven’t been isolated and cultivated yet – many of them can’t easily be grown in the lab. But, with mOTUs, we can capture them anyway, which leads to a more complete picture of the microbiome.”

Zeller: “Because our findings and those recently made by other researchers show new ways in which microbes might contribute to cancer development, they raise the question of how to modulate the microbiome, for example by preventing certain species from colonising our gut. But that’s very difficult!”

Researchers led by Peer Bork recently made a discovery that might bring us closer to this goal. In a study published earlier this year, they showed that there are many shared strains of microbes in saliva and stool samples. This indicates that transmission of bacteria from mouth to gut is very common, and that the barrier caused by the stomach acid is weaker than previously thought. “The oral-gut transmission is also interesting because it could provide possibilities to take action against – or in favour of – certain strains of bacteria,” says Bork. “However, it is important to realise how little we actually know about our gut microbiome. We can now recognise the microbiome of colorectal cancer, but we do not know where these microbes come from, how they actually function, or what a healthy microbiome looks like. So, there’s still a lot of work to be done.”

Is conception by IVF associated with childhood cancer risk?

Manipulating the crystallization and assembly of materials in solution…