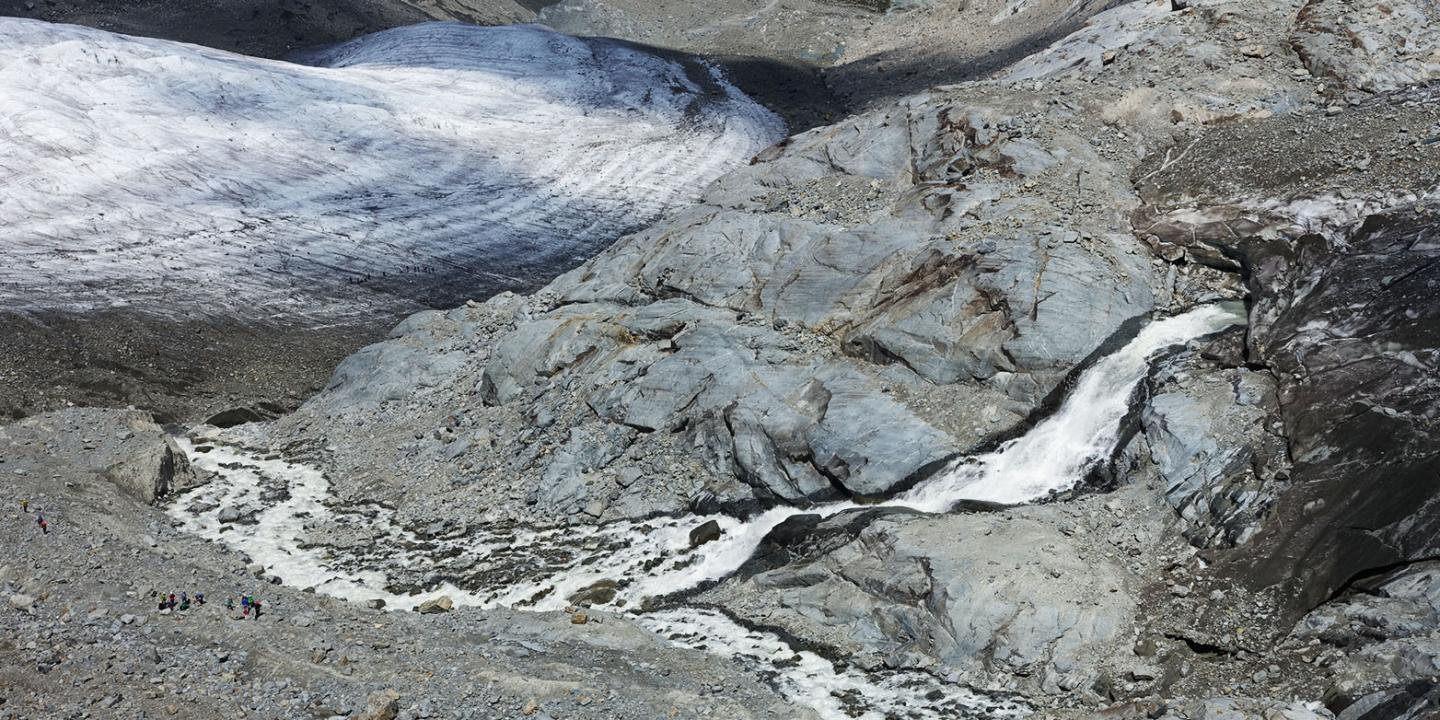 Glaciers are a sensitive indicator of climate change – and one that can be easily observed. Regardless of altitude or latitude, glaciers have been melting at a high rate since the mid-?20th century. Until now, however, the full extent of ice loss has only been partially measured and understood. Now an international research team led by ETH Zurich and the University of Toulouse has authored a comprehensive study on global glacier retreat, which was published online in Nature on 28 April. This is the first study to include all the world’s glaciers – around 220,000 in total – excluding the Greenland and Antarctic ice sheets. The study’s spatial and temporal resolution is unprecedented – and shows how rapidly glaciers have lost thickness and mass over the past two decades.

Rising sea levels and water scarcity
What was once permanent ice has declined in volume almost everywhere around the globe. Between 2000 and 2019, the world’s glaciers lost a total of 267 gigatonnes (billion tonnes) of ice per year on average – an amount that could have submerged the entire surface area of Switzerland under six metres of water every year. The loss of glacial mass also accelerated sharply during this period. Between 2000 and 2004, glaciers lost 227 gigatonnes of ice per year, but between 2015 and 2019, the lost mass amounted to 298 gigatonnes annually. Glacial melt caused up to 21 percent of the observed rise in sea levels during this period – some 0.74 millimetres a year. Nearly half of the rise in sea levels is attributable to the thermal expansion of water as it heats up, with meltwaters from the Greenland and Antarctic ice sheets and changes in terrestrial water storage accounting for the remaining third.

Among the fastest melting glaciers are those in Alaska, Iceland and the Alps. The situation is also having a profound effect on mountain glaciers in the Pamir mountains, the Hindu Kush and the Himalayas. “The situation in the Himalayas is particularly worrying,” explains Romain Hugonnet, lead author of the study and researcher at ETH Zurich and the University of Toulouse. “During the dry season, glacial meltwater is an important source that feeds major waterways such as the Ganges, Brahmaputra and Indus rivers. Right now, this increased melting acts as a buffer for people living in the region, but if Himalayan glacier shrinkage keeps accelerating, populous countries like India and Bangladesh could face water or food shortages in a few decades.” The findings of this study can improve hydrological models and be used to make more accurate predictions on a global and local scales – for instance, to estimate how much Himalayan glacier meltwater one can anticipate over the next few decades.

To their surprise, the researchers also identified areas where melt rates slowed between 2000 and 2019, such as on Greenland’s east coast and in Iceland and Scandinavia. They attribute this divergent pattern to a weather anomaly in the North Atlantic that caused higher precipitation and lower temperatures between 2010 and 2019, thereby slowing ice loss. The researchers also discovered that the phenomenon known as the Karakoram anomaly is disappearing. Prior to 2010, glaciers in the Karakoram mountain range were stable – and in some cases, even growing. However, the researchers’ analysis revealed that Karakoram glaciers are now losing mass as well.

Study based on stereo satellite images
As a basis for the study, the research team used imagery captured on board NASA’s Terra satellite, which has been orbiting the Earth once every 100 minutes since 1999 at an altitude of nearly 700 kilometres. Terra is home to ASTER, a multispectral imager with two cameras that record pairs of stereo images, allowing researchers to create high-?resolution digital elevation models of all the world’s glaciers. The team used the full archive of ASTER images to reconstruct a time series of glacial elevation, which enabled them to calculate changes in the thickness and mass of the ice over time.

Lead author Romain Hugonnet is a doctoral student at ETH Zurich and the University of Toulouse. He worked on this project for nearly three years and spent 18 months analysing the satellite data. To process the data, the researchers used a supercomputer at the University of Northern British Columbia. Their findings will be included in the next Assessment Report of the United Nations Intergovernmental Panel on Climate Change (IPCC), which is due to be published later this year. “Our findings are important on a political level. The world really needs to act now to prevent the worst-?case climate change scenario,” says co-?author Daniel Farinotti, head of the glaciology group at ETH Zurich and the Swiss Federal Institute for Forest, Snow and Landscape Research WSL.