A new international study argues that, if managed sustainably in advance, global fisheries could alleviate food shortages even after a nuclear war. 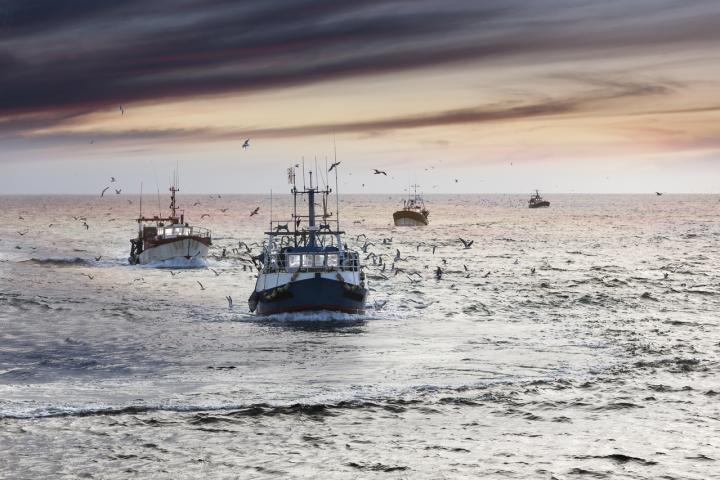 Over the past half century, the global food production system has stably supplied the rapidly growing human population. However, unpredictable events like war or volcanic eruptions could rapidly disrupt food production and leave the shelves of grocery stores empty.

An international study co-led by the Institute of Environmental Science and Technology of the Universitat Autònoma de Barcelona (ICTA-UAB) and published in the journal Proceedings of the National Academy of Sciences (PNAS), provides the first estimates of how the global oceanic fishery would fare following a nuclear exchange. The study involves researchers from McGill University (Canada), University of Colorado Boulder, University of Texas Rio Grande Valley, U.S. National Center for Atmospheric Research, and Rutgers University (U.S).

Researchers find that although fisheries cannot offset the large loss of agricultural production on land, they have the potential to act as a buffer – but only if fisheries are in a healthy state before the food shock occurs.

“Climate model simulations have shown that dust, produced by fires in a nuclear exchange, would reduce global agricultural production”, explains lead co-author Cheryl Harrison, a professor at University of Texas Rio Grande Valley. “Here we show that global fish populations also suffer reduced growth under these conditions, as oceans become colder and darker.” Researchers estimate that a nuclear war might cut the amount of seafood that fishing boats are capable of bringing in worldwide by as much as 30%.

“The silver lining of our results is that they show the benefits that can be achieved by having healthy fisheries before the nuclear war occurs. If fish are plentiful, thanks to strong and effective measures that prevent overfishing, they can provide a huge emergency food supply for a few years”, states Kim Scherrer, co-lead author and researcher at the ICTA-UAB.

The results are based on state-of-the-art computer models that simulate how the effects of nuclear war percolate through the Earth’s system. A global ocean model predicts changes in ocean temperature, currents and the available sunlight, that determines the amount of food available to support fish growth. The response of the world’s fishing fleets both to the change in fish growth and to changes in fish demand is then simulated by a global fishing model.

“If regulations are too weak to protect fish stocks before the war, there is basically no buffer,” explains Scherrer. “No matter how high the fish prices go, there just aren’t any more fish to catch. However, if fish stocks are abundant, this can serve as a reservoir of food that can be withdrawn temporarily”. Researchers estimate that fisheries could replace about 40% of all other animal protein for one to two years.

“What’s more, because many fisheries are currently over-exploited, the buildup of fish stocks can actually happen without reducing pre-war fish catches. It’s a win-win”, explains co-author Ryan Heneghan, researcher at the ICTA-UAB.