A new study led by the Institut de Ciències del Mar (ICM-CSIC) in Barcelona suggests that global change is promoting the short-term evolutionary adaptation of the Earth microbiome, which constitutes ~15% of the total planetary biomass. This could have direct implications for the society, since we rely on microbes for so many important processes. 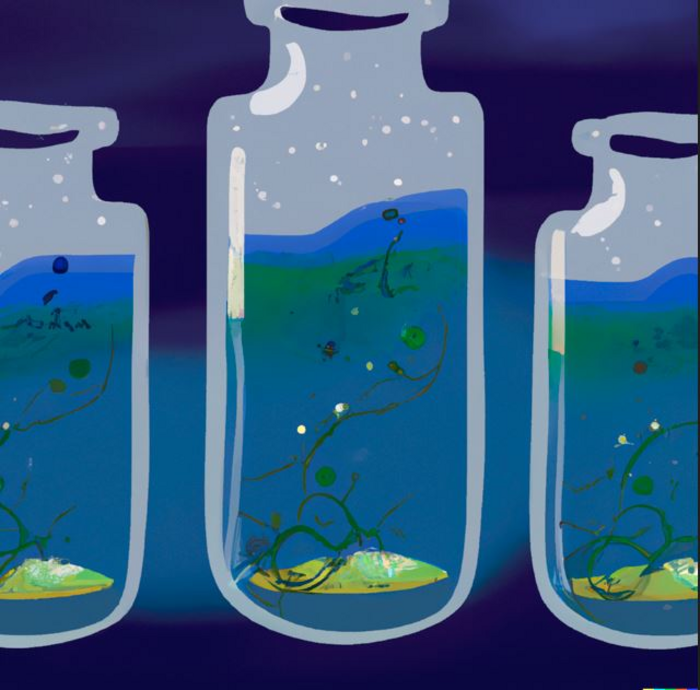 A new study led by the Institut de Ciències del Mar (ICM-CSIC) in Barcelona suggests that global change is promoting the short-term evolutionary adaptation of the Earth microbiome, which constitutes ~15% of the total planetary biomass. This could have direct implications for the society, since we rely on microbes for so many important processes.

For example, fisheries rely substantially on microbial activity to sustain the marine food web. Also, marine microbes, which constitute ~70% of the marine biomass, contribute to climate regulation by capturing CO2 from the atmosphere, and are responsible for 50% of the primary production of the planet. Thus it is critical that we understand how current ocean features may affect microbial evolution, and what could happen if conditions change.

The study, just published in the journal Trends in Microbiology, focuses on the evolution of microbes over short time-scales such as years or decades, which had not been analysed directly in the wild before. This is especially relevant nowadays, as we have the technological capacity to investigate genomic changes in wild microorganisms, and can help predict the impact that environmental changes may have on the ecosystem services provided by the microbiome.

“It is important to consider the evolution of wild marine microbes in order to make accurate predictions of how they will change under future global change, yet most studies so far have focused on investigating short-term responses, using model organisms, but our theoretical approach is completely different”, explains Georgina Brennan, co-author of the study.

For his part, the other co-author, Ramiro Logares, adds that “these contemporary evolutionary processes are a consequence of rapid adaptation to biotic or abiotic factors (e.g., temperature), which may be changing fast due to climate change”.

When confronted with environmental change, organisms have three possible reactions: move, adapt, or die. Evolution can occur at different time scales depending on factors such as the reproduction rate or population size. The fact that microbes evolve to environmental change much faster than other animals is well known thanks to several studies developed in the laboratory. For example, they have revealed that under elevated temperatures, some species can grow faster. However, reactions in the wild have been very little studied.

This requires DNA sequencing to detect mutations, although this has not been economically feasible in nature until the last decade. “We now have the resources and technology to understand how the ocean microbiome will evolve under future global climate change,” indicate the authors.

According to them, it is necessary to establish genomic observatories, that is, stations monitoring microbial evolution, in different ocean regions and depths, including both pristine and degraded areas, in order to generate long DNA time-series that will allow for tracking of contemporary microbial evolution and its potential impacts on ecosystem function and health.