Getting “wind” of the future: Making wind turbines low-maintenance and more resilient 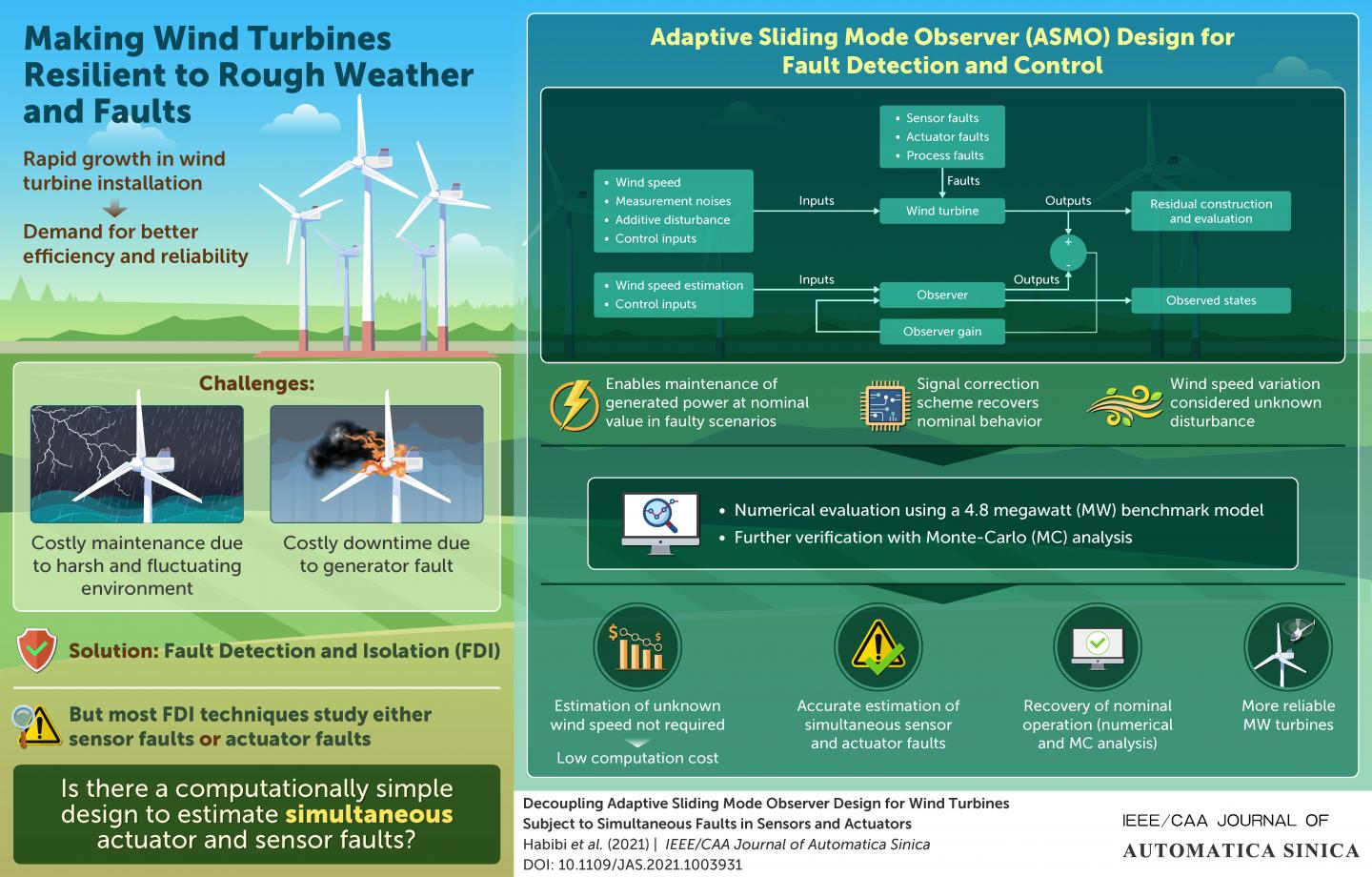 A key driver of energy research is the ever-growing demand for energy. Traditional fossil-fuel-based energy sources currently meet these demands and do it well, but they’re non-renewable and cause major environmental pollution. In a world with looming climate and resource crises threats, researchers have turned to renewable sources of energy as sustainable alternatives. Among renewables, wind energy, in particular, has gained considerable attention due to its low cost. As Dr. Afef Fekih, Computer Engineer at the University of Louisiana, USA, with a specialization in wind turbine design, notes, “Wind energy has been described as ‘the world’s fastest-growing renewable energy source’, seeing a 30% annual growth on average over the last two decades.”

But with the number of wind farms increasing worldwide, there has been a commensurate growth in the need for their improved reliability. This partly has to do with the fact that ideal habitats for wind farms can sometimes be in remote offshore areas that are characterized by rough weather and uncertain winds. Under such conditions, wind turbines become prone to faults, which lead to greater downtimes and lower amounts of generated power. Furthermore, the consequent increased maintenance needs only serve to make the generated energy costlier.

In a new study published in the IEEE/CAA Journal of Automatica Sinica, Dr. Fekih and her colleagues from Curtin University, Australia, and University of Ferrara, Italy, address these issues using an approach called fault-tolerant control (FTC)–a set of techniques that prevent simple faults from becoming serious failures. “FTCs can maintain satisfactory performance under faulty conditions using either passive approaches or active ones, such as online fault detection and isolation (FDI), which capture fault information and use it to optimize maintenance via remote diagnosis,” explains Dr. Fekih.

The team applied FDI. They realized that previous studies exploring FDI focus on faults either in the pitch actuator (an independent safety brake for the turbine) or in the speed sensor, but not both. Yet, the reality remains that simultaneous faults can and are likely to occur in both. To enhance a turbine’s performance and efficiency, a method to compensate for such simultaneous faults could be key. Thus, they set out to develop a computationally simple scheme for the simultaneous detection of sensor and actuator faults, while doing away with any redundant hardware components.

To achieve this, they adopted an approach called “the principle of separation”, where they designed and implemented on a computer a “state observer” model–a system that is essentially a duplicate of the original system. They then provided similar inputs to the observer and the turbine, and by noting discrepancies between the model and the observer, were able to detect system faults in real time. Based on the detection, one can implement a signal correction scheme to ensure that the system keeps operating with the desired efficiency.

In this approach, all wind variations are considered as unknown disturbances, which eliminates the need for their accurate measurement or estimation, thereby reducing computational complexity, and in turn, cost.

When the team evaluated their scheme numerically on a 4.8-megawatt benchmark wind turbine model and backed it up with Monte Carlo analysis it proved reliable and robust. The desired operation could be maintained despite simultaneous faults and unknown wind speeds.

Inspired by their findings, Dr. Fekih envisions a future governed by wind energy. “By helping realize an economically feasible wind turbine power plant as a renewable energy source with zero carbon footprint, we will be able to respond to the increasing power demand in a sustainable and environment-friendly way,” she says.

It is indeed exciting to get “wind” of such a future.

IEEE/CAA Journal of Automatica Sinica aims to publish high-quality, high-interest, far-reaching research achievements globally, and provide an international forum for the presentation of original ideas and recent results related to all aspects of automation.

The first Impact Factor of IEEE/CAA Journal of Automatica Sinica is 5.129, ranking among Top 17% (11/63, SCI Q1) in the category of Automation & Control Systems, according to the latest Journal Citation Reports released by Clarivate Analytics in 2020. In addition, its latest CiteScore is 8.3, and has entered Q1 in all three categories it belongs to (Information System, Control and Systems Engineering, Artificial Intelligence) since 2018.

Why publish with us: Fast and high quality peer review; Simple and effective online submission system; Widest possible global dissemination of your research; Indexed in SCIE, EI, IEEE, Scopus, Inspec. JAS papers can be found at http://ieeexplore.ieee.org/xpl/mostRecentIssue.jsp?punumber=6570654 or http://www.ieee-jas.net