Getting to the root of plant simulations 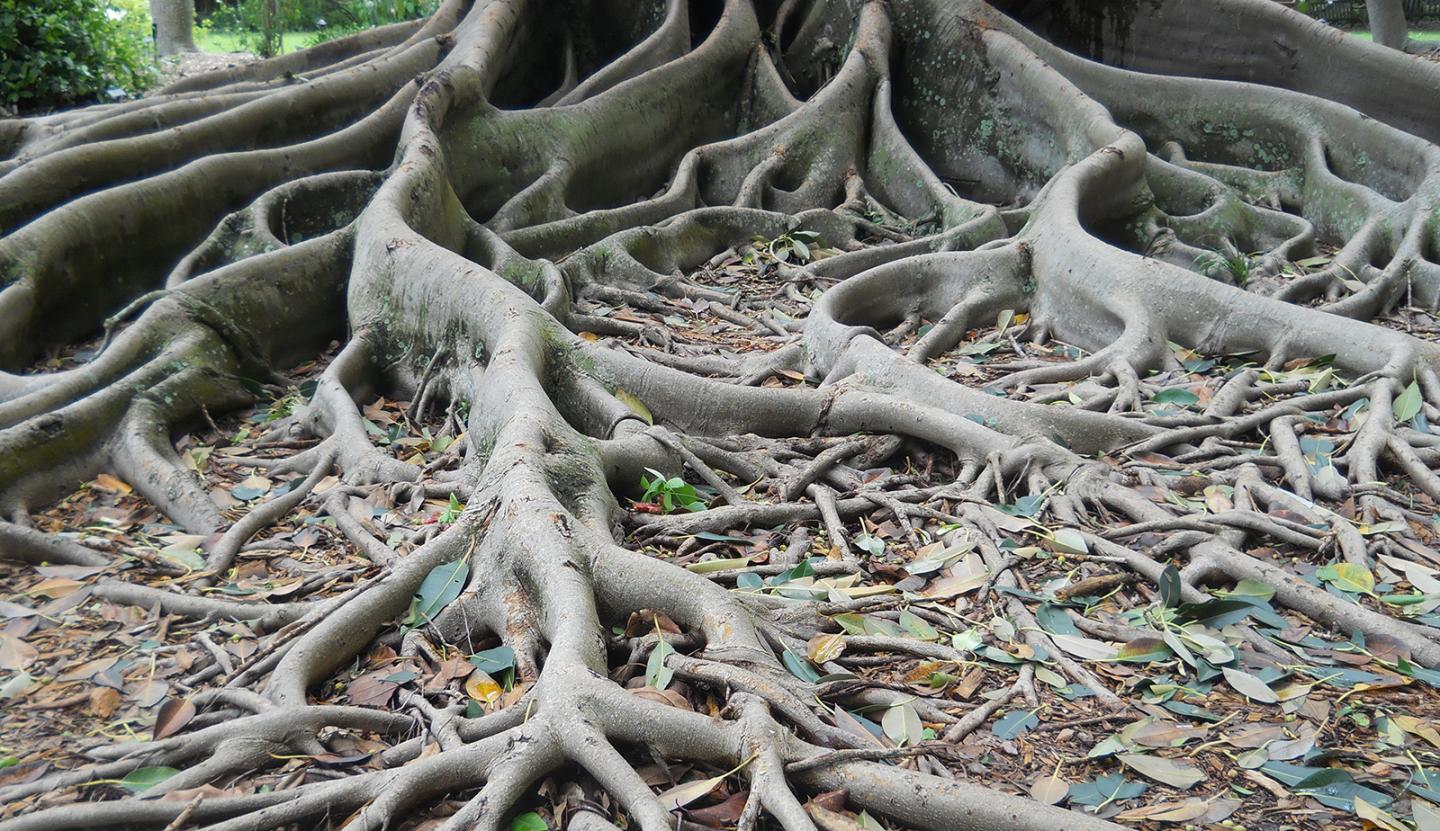 If you’ve ever tended a garden or potted a plant, you know a few simple truths about green things — they require water and nutrients to survive and their roots are good indicators of their overall health. So we water on a regular schedule, provide for root growth and add nutrient-rich soils to ensure a balanced diet.

In nature, plants don’t get that kind of care — it may not rain often enough, the earth may lack specific nutrients and there’s a lot of other vegetation vying for the same resources. While leaves and branches reach skyward to capture the sun’s energy, the roots are hard at work, scrounging for those vital water and nutrient sources.

“If a plant can adjust to environmental changes by increasing its access to resources, then it has a higher chance to survive or, more importantly, to thrive.”  — Beth Drewniak, Argonne assistant climate scientist

Environmental scientists have long used computer models to understand this root-to-resource dynamic, but until recently, these simplified models employed a fixed system of roots that doesn’t account for variations in resource stratification or, for that matter, the active foraging and adaption skills of roots.

A new root algorithm developed by Beth Drewniak, an assistant climate scientist with the U.S. Department of Energy’s (DOE) Argonne National Laboratory, is among the first to shed more light on the ability of plants to adapt to local changes in environment.

“The fixed approach has been popular in models because roots are hard to observe and study, making them difficult to understand,” says Drewniak. “By adding a dynamic root model component, the simulation of vegetation growth can respond to changes in resources, increasing availability of those needed resources.”

The model examines roots for all vegetation in ELM — trees, shrubs, grasses and crops — across many ecosystems and over different seasons. Where previous attempts at dynamic root models focused on either maximizing water uptake or nitrogen uptake, Drewniak’s addresses both.

“Ecosystems need to respond to many types of stress, including short- or long-term events like drought or nutrient loading,” says Drewniak. “If a plant can adjust to environmental changes by increasing its access to resources, then it has a higher chance to survive or, more importantly, to thrive.”

For example, changes in regional climate could result in less precipitation or shifts in the frequency of precipitation, she notes. The dynamic root model simulates how plants can acclimate to the new distribution of water in the soil by allocating roots to those layers with higher water content.

The new root distribution within the model is driven by water stress — how much water a plant needs versus how much water is available. When water stress is high, the plant focuses root growth where water is present in the soil. When the plant has ample water, root growth is concentrated where nitrogen exists. Changes to root distribution, notes Drewniak, affect a plant’s water uptake, which can impact evapotranspiration, photosynthesis, productivity, and other plant dynamics.

Regions in which the model does not fare well include the Amazon, African tropics and southern Asia during their dry seasons, when plants typically rely on deep roots to extract water, which is not captured well by ELM.

While the dynamic root model has already made small but important improvements to ELM, it has the potential to allow it to model a more dynamic plant root response to extreme events, such as drought, that can have a big impact on the carbon and water cycle.

“The biggest lesson learned in this study is that there is more work to be done,” says Drewniak. “The model is improved because vegetation can respond to changes in the environment by foraging for water and nitrogen. But the study also revealed that there are other model development pieces necessary to fully capture vegetation response.”

Funding for this research is provided by DOE’s Office of Science.

A first glimpse deep beneath an ultraslow-spreading mid-ocean ridge

Not all of nature’s layered structures are tough as animal…

Study explains why some parasitic worms persist in people