Getting to the root of corn domestication; knowledge may help plant breeders

A unique confluence of archeology, molecular genetics and serendipity guided a collaboration of Mexican and Penn State researchers to a deeper understanding of how modern corn was domesticated from teosinte, a perennial grass native to Mexico and Central America, more than 5,000 years ago. 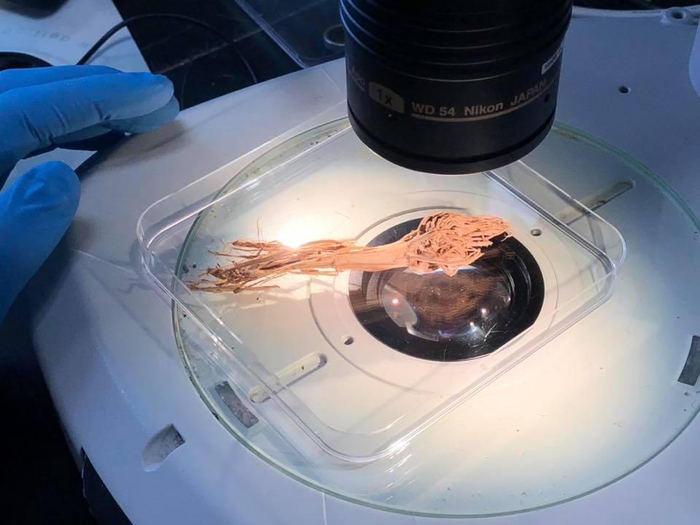 A unique confluence of archeology, molecular genetics and serendipity guided a collaboration of Mexican and Penn State researchers to a deeper understanding of how modern corn was domesticated from teosinte, a perennial grass native to Mexico and Central America, more than 5,000 years ago.

There is much interest in how ancient agriculturists transformed the wild grass teosinte into modern corn, one of the most important and successful crops on earth, according to team leader Jonathan Lynch, distinguished professor of plant nutrition. For decades, his research group in the College of Agricultural Sciences has been uncovering how roots play a critical role in plant development and survival.

“Corn is no exception, and it turns out that early growers — likely unknowingly — selected for root traits that supported increased development of seeds and cobs,” he said. “And while it is inherently interesting to learn how corn evolved from its wild ancestor to what we know today, what we learn about how the plant changed to deal with drought and hard soils may help plant breeders tomorrow.”

Often referred to as LAT, the technology was developed a decade ago by Lynch’s research group, including former student Ben Hall, who has created a company focusing on this technique. In this study, LAT was used to reconstruct the three-dimensional root structure and internal anatomy of the two ancient corn root specimens, dated between 4,956 and 5,280 years old.

In findings published today (April 18) in the Proceedings of the National Academy of Sciences, the researchers reported that the outer cortical cells of the roots featured thick walls similar to those found in today’s corn plants adapted to hard soil. But unlike modern corn, the two specimens lacked seminal roots. Seminal roots, which supply corn seedlings with additional water and nutrients, are not present in teosinte.

The researchers then analyzed DNA from a third specimen of approximately the same age and found mutations in two genes that contribute to seminal roots in modern corn. These early corn specimens appear more teosinte-like in their drought adaption.

The results indicate that some traits related to drought adaptation were not fully present in the earliest corn from Tehuacán, providing insight into conditions prevailing during early corn cultivation in the region, Lopez-Valdivia noted.

The back story behind the research is nearly as interesting as the work itself. It started when Lynch gave an invited presentation on his root research at the National Laboratory of Genomics for Biodiversity — also known as LANGEBIO, CINVESTAV — located at Irapuato, Guanajuato, Mexico. After the presentation, he visited with a molecular biologist at that institution who was Lopez-Valdivia’s adviser during the latter’s pursuit of a master’s degree in plant biotechnology.

“We were talking about the cool stuff that he had done with ancient maize roots that were preserved in these very dry caves, and I hadn’t even known about them,” Lynch recalled. “We decided to analyze the anatomy and architecture of these ancient root samples to see how they have changed over time with corn domestication. So, that was the origin. Ivan started this work in Mexico and finished it at Penn State as a student.”

Lopez-Valdivia is continuing the research with his doctoral degree thesis, which will focus on how evolving maize roots fit their environment through their evolution. He appreciates how his work unexpectedly crossed over from plant biotechnology to phenomics and simulation modeling — moving from one country to another.

“To provide a little bit of context about the caves in Tehuacán, Mexico, American archeologist Richard MacNeish tried to find the oldest remains of corn in them,” he said. “His efforts offer some clues about the origin of agriculture in Mesoamerica. In the ’60s, he found thousands of cob remains and only a dozen of roots, with only one preserved scutellar node — the delicate structure from which the seminal roots develop.”

Those specimens are being stored in the National Institute of Anthropology and History of Mexico, Lopez-Valdivia added, and the researchers ended up taking samples from them to complete their study.