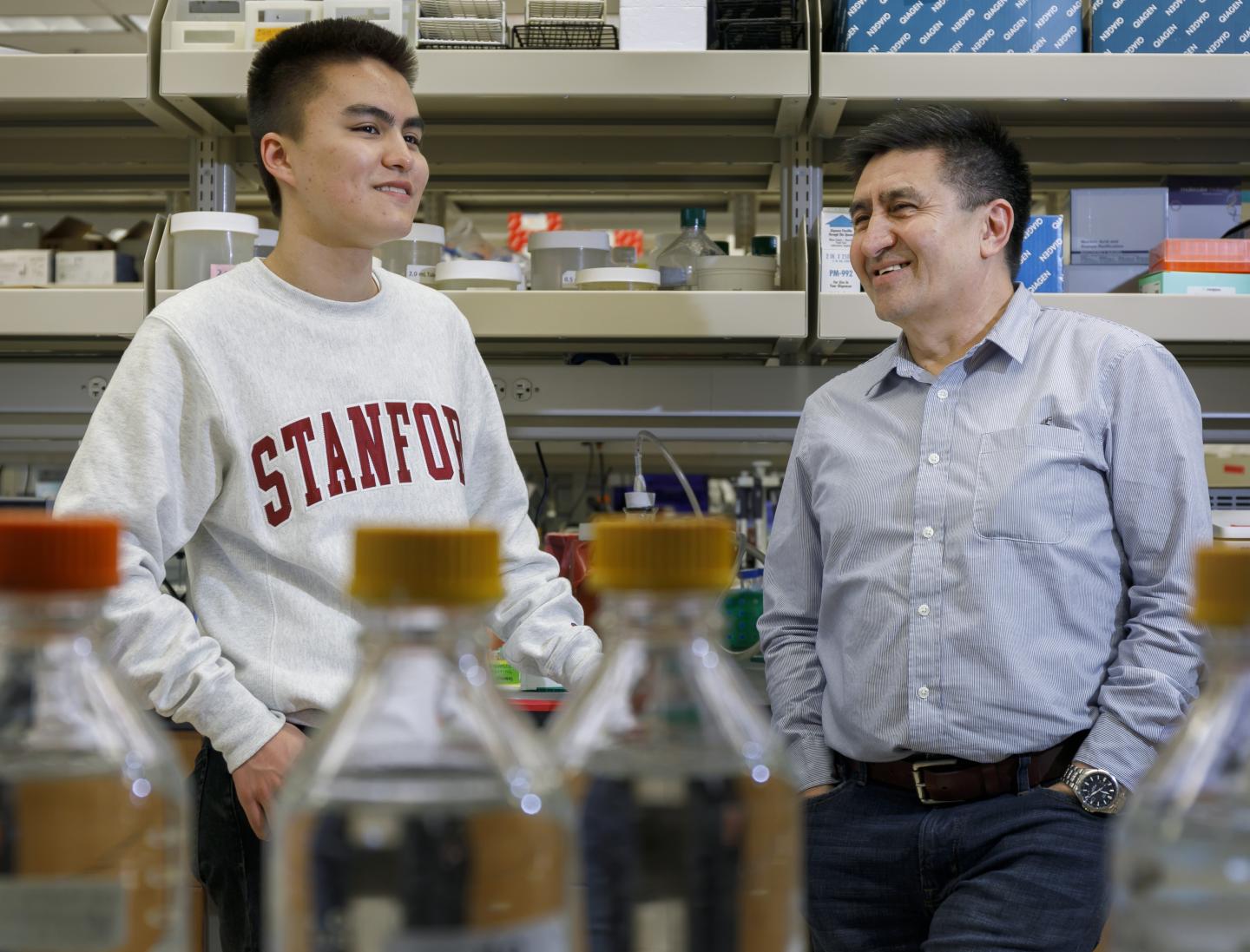 An internationally known embryologist and his son make the case for using gene-editing tools to prevent inherited disease, in an editorial published today in the journal Nature Medicine.

Shoukhrat Mitalipov, Ph.D., director of the OHSU Center for Embryonic Cell and Gene Therapy, co-authored the editorial with his 17-year-old son, Paul Mitalipov. Don Wolf, Ph.D., emeritus professor of obstetrics and gynecology in the OHSU School of Medicine in Portland, Oregon, also is a co-author.

The authors push back against recent calls for a moratorium on germline gene editing, following the revelation last year of the world’s first gene-edited babies in China – a development that was widely condemned in the scientific community.

“While this instant reaction is understandable, more than 30 countries, including China, already have regulations and laws in place prohibiting genetic modifications to the human germline,” they write. “Thus, a pressing issue is not an additional moratorium or bans, but how to reinforce already existing regulations around the world.”

Although he views the Chinese experiment as scientifically premature and ethically irresponsible, Mitalipov said germline gene therapy holds enormous promise in preventing inherited disease. Scientists have discovered more than 10,000 single genetic mutations that cumulatively afflict hundreds of millions of people around the globe, in many cases with treatment options that are extremely expensive, limited, or nonexistent.

The perspective published today lays out a path for bringing germline gene therapy safely to patients and families through in vitro fertilization, or IVF.

Mitalipov said he was initially invited to write a perspective on germline gene therapy following publication of his groundbreaking research in 2017 to repair a genetic mutation in early human embryos. Since then, the revelation of gene-edited babies in China prompted a backlash from some bioethicists and others calling for a moratorium on therapies that can be inherited by future generations.

“The majority of the people calling for bans are not actually experts who work in the field of human germline gene therapy or reproductive medicine,” he said.

A senior at Aloha High School west of Portland, Paul Mitalipov had heard plenty about his dad’s research at home. Following worldwide news coverage of his father’s gene-repair discovery in 2017, the topic of germline gene therapy came up in classroom discussions, including his advanced placement biology class.

“We talked about my dad in that class,” he said. “Some people said, ‘Hey, you have the same last name.'”

Mitalipov recruited his son to help with the graphic elements and references of the editorial published in Nature Medicine, plus he reworked some of the writing.

“I helped in rewriting certain sections to make sure the scientific jargon didn’t take away from how regular people read and understand the paper,” Paul said. “It’s important for non-scientists to understand where germline gene editing is, and where it can go.”

Now, he’s the rare high school student with a publication in a major scientific journal. In that sense, he’s actually following in the footsteps of his sister, Danielle Nargiz Mitalipov, 20, who co-authored two papers in 2014 and 2015 while volunteering in their father’s lab. Danielle is now a junior at Stanford University, where she’s majoring in philosophy and active in speech and debate. Following graduation, Paul Mitalipov will join his sister at Stanford.

It seems that Shoukhrat and his wife, Gulinur, have passed on at least one family trait in the form of an interest and aptitude for science.

“Maybe he will go into this field as well,” Dr. Mitalipov said.