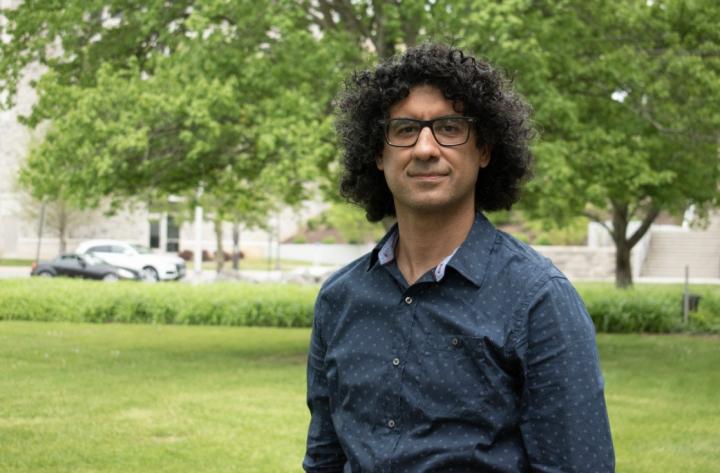 Brine is a toxic wastewater byproduct of oil and gas production. Well drillers dispose of large quantities of brine by injecting it into subsurface formations, where its injection can cause earthquakes, according to Guang Zhai, a postdoctoral research scientist in the Department of Geosciences, part of the Virginia Tech College of Science, and a visiting assistant researcher at the University of California, Berkeley.

The findings appear in the May 10 edition of the journal Proceedings of the National Academy of Sciences. Joining Zhai on the paper are Manoochehr Shirzaei, an associate professor of geosciences at Virginia Tech, and Michael Manga, a professor and chair of Berkeley’s Department of Earth and Planetary Science. In the U.S. Department of Energy-funded study, the team focused on the Delaware Basin in western Texas, one of the most productive and unconventional hydrocarbon fields in the United States.

Since 2010, the basin has experienced a significant increase in shallow wastewater injection and widespread deep seismicity, including the recent 5.0 magnitude event near Mentone, Texas. Most of the earthquakes were relatively small, but some have been large and widely felt.

“It is quite interesting that injection above the thick, overall low-permeability shale reservoir can induce an earthquake within the deep basement, despite a minimal hydraulic connection,” Zhai said. “What we have found is that the so-called poroelastic stresses can activate basement faults, which is originated from the fluid injection causing rock deformation.”

Poroelasticity is the resulting interaction between fluid flow and solid deformations within a porous formation, here sandstone. “This finding is significant because it puts poroelastic stresses in the spotlight as the main driver for basinwide earthquakes in the Basin,” said Shirzaei, who is also an affiliated faculty member of the Virginia Tech Global Change Center.

Yet, predicting the amount of seismic activity from wastewater injection is problematic because it involves numerous variables, one of which is injection depth, Zhai said. Although it is well known that fluid pressure increase due to deep injection is the dominant reason for the recent seismicity increase in the central and eastern United States, it is still questionable exactly how shallow injections cause earthquakes.

During the study, the team looked at how varying amounts of injected brine perturbed the crustal stresses deep under the Delaware Basin and how these disturbances lead to earthquakes on a given fault. Added Zhai, “Fluids such as brine and natural groundwater can both be stored and move through rocks that are porous.”

The trio used data analytics and computer modeling to mimic the large volume of fluid extraction from shale reservoirs from more than 1,500 shale production wells during 1993 to 2020, with 400 wells injecting brine in sandstone formations from 2010 to 2020. To make the scenario realistic, the model included the mechanical properties of rocks in the Delaware Basin, Shirzaei said.

The team found that the basinwide earthquakes mainly occur where the deep stress increases because of shallow injection. This means there is a causal link between deep earthquakes and shallow fluid injection via elastic stress transfer.

“The deep stress change is sensitive to shallow aquifer properties, especially the hydraulic diffusivity, which describes the ease of fluid flow in porous medium,” Manga said. “One question to ask is why some areas that host lots of shallow injection lack seismicity. Our approach offers a way to investigate other significant factors that control induced earthquakes.”

In addition to human interventions, the tectonic settings themselves also help predetermine the magnitude and liklihood of the earthquake, Shirzaei said. This study and future work will provide a viable way to assess induced seismic hazards, combining natural and human factors. The ultimate goal: to minimize the hazards from disposing of wastewater during natural gas production until long-term, renewable energy technologies become available to all.

“As the future energy demands increase globally, dealing with the enormous amount of coproduced wastewater remains challenging, and safe shallow injection for disposal is more cost-efficient than deep injection or water treatment,” Zhai said. “We hope the mechanism we find in this study can help people rethink the ways induced earthquakes are caused, eventually helping with better understanding them and mitigating their hazards.”