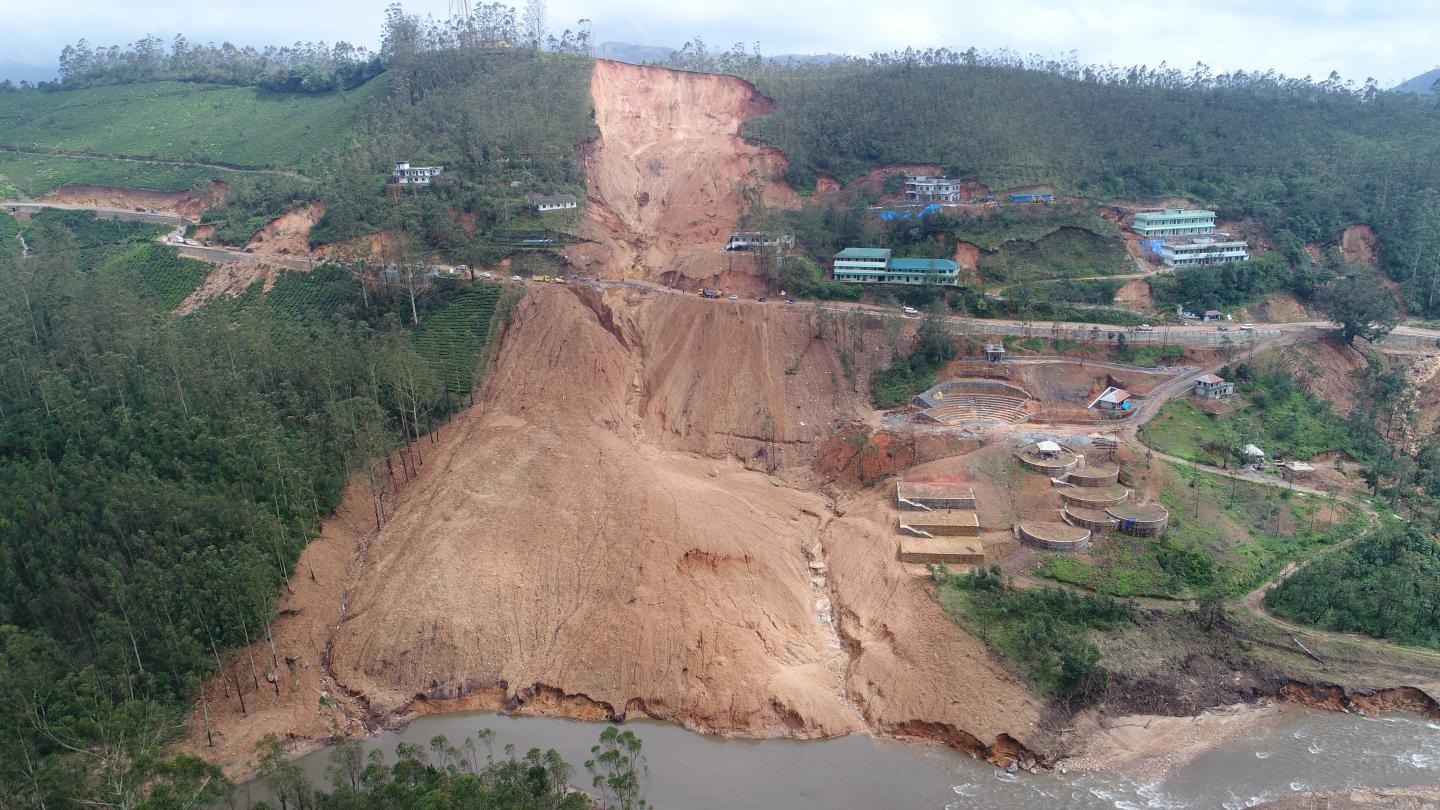 Dedicated to the thousands of lives lost in landslides, the new atlas assesses landslide risk in 13 districts in the Indian state of Kerala.

The Western Ghats trailing the western edge of India are a global hotspot for biodiversity. The southern reach of the range extends into Kerala, where the steep slopes, soft soils and heavy monsoon rains greatly increase the risk of landslides.

Thomas Oommen, a professor of geological engineering at Michigan Technological University, is from Kerala, and he produced the Landslide Atlas of Kerala with colleague K.S. Sajinkumar, an assistant professor of geology at the University of Kerala. Their work started in 2016 while Sajinkumar was a postdoctoral fellow at Michigan Tech under Oommen’s guidance. The atlas, which provides detailed, up-to-date data about landslide risks in the state, was written for practical use by those who need it most — folks on the ground in the region.

Each section focuses on a specific district and is accompanied by geographic information system (GIS) maps. Debris flows — muddy mixes of water, soil and organic material — are the most common type of landslide in Kerala, typically occurring between June and November, when monsoon rains soak the landscape. Landslides can be easily triggered by human activity like farming or construction, and coastal cliffs are also vulnerable.

“Kerala is an area with extensive chemical weathering and deep soils leading to a parent material that is easily moved by landslides,” says Scott Burns. The Portland State University professor, who wrote the atlas foreward, is also president of the International Association for Engineering Geology and the Environment.

“Loss of property and loss of life are two main problems that people of the region are faced with,” Burns writes, adding that “local inhabitants and decision makers can see where the largest chances of landslides can occur in each region with these outstanding maps.”

The atlas includes a districtwide landslide susceptibility map, which notes key influencing risk factors, major landslides and descriptions of where they occurred, along with large engineering projects taking place.

Oommen and Sajinkumar compiled all of the maps using a new tool called GIS-TISSA. TISSA stands for Tool for Infinite Slope Stability Analysis and was developed within a GIS environment. The program’s algorithms calculate how different factors interact with one another and assess the landslide vulnerability of an area.

GIS-TISSA uses Python to interface with one of the most widely used geospatial tools in the world: ArcGIS. It will help the geospatial community evaluate landslide hazards caused by rainfall and earthquakes through a GIS tool they are already comfortable using. Oommen’s graduate student Jonathan Sanders and postdoctoral fellow Rudiger Escobar-Wolf also contributed to GIS-TISSA development.

The Landslide Atlas of Kerala sets a new standard for determining risk in a landslide-prone region and will help the residents and policymakers of the state make decisions to better mitigate life-threatening disasters.