A new study by Virginia Tech geobiologists traces the cause of the first known mass extinction of animals to decreased global oxygen availability, leading to the loss of a majority of animals present near the end of the Ediacaran Period some 550 million years ago. 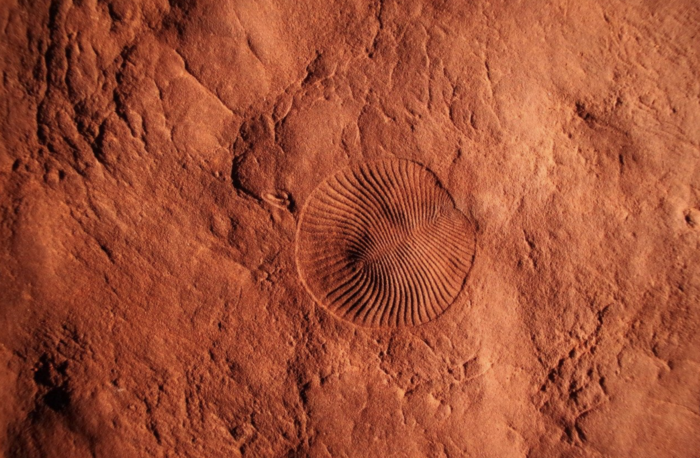 A new study by Virginia Tech geobiologists traces the cause of the first known mass extinction of animals to decreased global oxygen availability, leading to the loss of a majority of animals present near the end of the Ediacaran Period some 550 million years ago.

The research spearheaded by Scott Evans, a postdoctoral researcher in the Department of Geosciences, part of the Virginia Tech College of Science, shows this earliest mass extinction of about 80 percent of animals across this interval. “This included the loss of many different types of animals, however those whose body plans and behaviors indicate that they relied on significant amounts of oxygen seem to have been hit particularly hard,” Evans said. “This suggests that the extinction event was environmentally controlled, as are all other mass extinctions in the geologic record.”

Evans’ work was published Nov. 7 in the Proceedings of the National Academy of Sciences, a peer-reviewed journal of the National Academy of Sciences. The study was co-authored by Shuhai Xiao, also a professor in the Department of Geosciences, and several researchers led by Mary Droser from the University of California Riverside’s Department of Earth and Planetary Sciences, where Evans earned his master’s degree and Ph.D.

“Environmental changes, such as global warming and deoxygenation events, can lead to massive extinction of animals and profound disruption and reorganization of the ecosystem,” said Xiao, who is an affiliated member of the Global Change Center, part of the Virginia Tech Fralin Life Sciences Institute. “This has been demonstrated repeatedly in the study of Earth history, including this work on the first extinction documented in the fossil record. This study thus informs us about the long-term impact of current environmental changes on the biosphere.”

What exactly caused the drop in global oxygen? That’s still up for debate. “The short answer to how this happened is we don’t really know,” Evans said. “It could be any number and combination of volcanic eruptions, tectonic plate motion, an asteroid impact, etc., but what we see is that the animals that go extinct seem to be responding to decreased global oxygen availability.”

The study by Evans and Xiao is timelier than one would think. In an unconnected study, Virginia Tech scientists recently found that anoxia, the loss of oxygen availability, is affecting the world’s fresh waters. The cause? The warming of waters brought on by climate change and excess pollutant runoff from land use. Warming waters diminish fresh water’s capacity to hold oxygen, while the breakdown of nutrients in runoff by freshwater microbes gobbles up oxygen.

“Our study shows that, as with all other mass extinctions in Earth’s past, this new, first mass extinction of animals was caused by major climate change — another in a long list of cautionary tales demonstrating the dangers of our current climate crisis for animal life,” said Evans, who is an Agouron Institute Geobiology fellow.

“Mass extinctions are well recognized as significant steps in the evolutionary trajectory of life on this planet,” Evans and team wrote in the study. Whatever the instigating cause of the mass extinction, the result was multiple major shifts in environmental conditions. “Particularly, we find support for decreased global oxygen availability as the mechanism responsible for this extinction. This suggests that abiotic controls have had significant impacts on diversity patterns throughout the more than 570 million-year history of animals on this planet,” the authors wrote.

Fossil imprints in rock tell researchers how the creatures that perished in this extinction event would have looked. And they looked, in Evans’ words, “weird.”

“These organisms occur so early in the evolutionary history of animals that in many cases they appear to be experimenting with different ways to build large, sometimes mobile, multicellular bodies,” Evans said. “There are lots of ways to recreate how they look, but the take-home is that before this extinction the fossils we find don’t often fit nicely into the ways we classify animals today. Essentially, this extinction may have helped pave the way for the evolution of animals as we know them.”

The study, like scores of other recent publications, came out of the COVID-19 pandemic. Because Evans, Xiao, and their team couldn’t get access to the field, they decided to put together a global database based mostly on published records to test ideas about changing diversity. “Others had suggested that there might be an extinction at this time, but there was a lot of speculation. So we decided to put together everything we could to try and test those ideas.” Evans said. Much of the data used in the study was collected by Droser and several graduate students from the University of California Riverside.