China’s mountainous southwestern area is home to one of the country’s most ethnically diverse populations. In the most comprehensive genetic analysis of the native people there to date, researchers reveal that the ethnic groups’ peopling and migration history is more complex than previously concluded. The study appears April 26 in the journal Cell Reports. 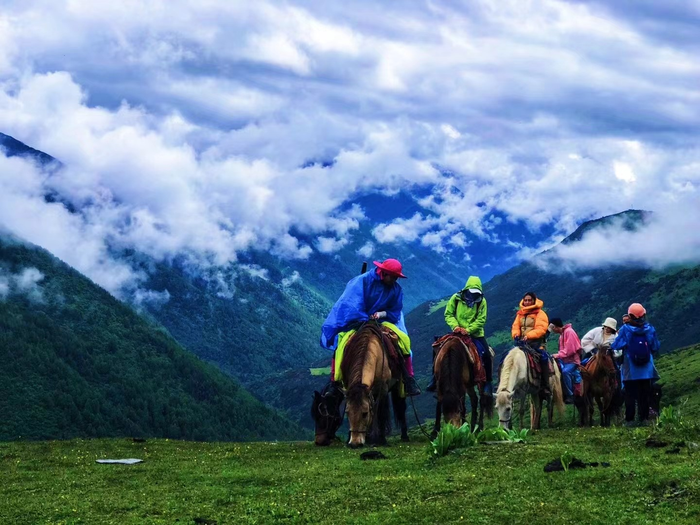 China’s mountainous southwestern area is home to one of the country’s most ethnically diverse populations. In the most comprehensive genetic analysis of the native people there to date, researchers reveal that the ethnic groups’ peopling and migration history is more complex than previously concluded. The study appears April 26 in the journal Cell Reports.

The Tibetan-Yi corridor (TYC), named after two main ethnic groups in the region, on the eastern edge of Tibet Plateau in southwestern China is thought to have served as an important area for ethnic migration and diversification. The corridor’s corrugated landscape of deep river valleys and tall ridges formed natural passages and barriers for gene flow.

Scientists have previously analyzed how people in the region are genetically related to the Tibetans, who live mostly west of the region, and the Han, China’s main ethnic group. But prior studies had limited gene samples from the region, which inhabit over a dozen of different ethnic groups.

“The steep mountains that contributed to the high levels of ethnic diversity in the area also made data collection extremely difficult,” says Li. “Most of the places were inaccessible by car, so we had to travel on horseback. And some groups were so isolated that we had to walk for hours to get there.”

The team selected individuals from each ethnic group with at least three generations of history living in a relatively fixed area. By comparing the genomes of different ethnic groups, and those of Han and Tibetan populations, the team found that all ethnic groups in the region are genetically similar, suggesting that they shared a common ancestor. But people living in the northern TYC are related more closely to Tibetan Highlanders living on the plateau, while southern TYC inhabitants have a closer genetic relationship with southeast Asians, such as Thai people and Cambodians.

Previous research suggests that the region’s earliest settlers came from the upper reaches of the Yellow River region in northern China during the Neolithic period, and the corridor was gradually populated as the settlers expanded southward. The new study, while not contradicting the previous conclusion, found that the migration pattern is more complex than a simple north-to-south movement. For example, new data suggest that the ancestors of some southern TYC populations might have originated from southeastern Asia.

“More studies are needed to further understand the origin and flow of the region’s population, especially a more comprehensive analysis that incorporates not only genetic but also archaeological, cultural, linguistic and geographical evidence,” says Shuaicheng Li, the study’s co-corresponding author at City University of Hong Kong.

Next, the team hopes to study the gut microbiota of the TYC people. “The region has no air pollution, and locals don’t eat processed food with chemicals. Their microbiota has the potential to reveal more connections between gut and health,” Shuaicheng Li says.

The study was fully supported by Xi’an Jiaotong University.