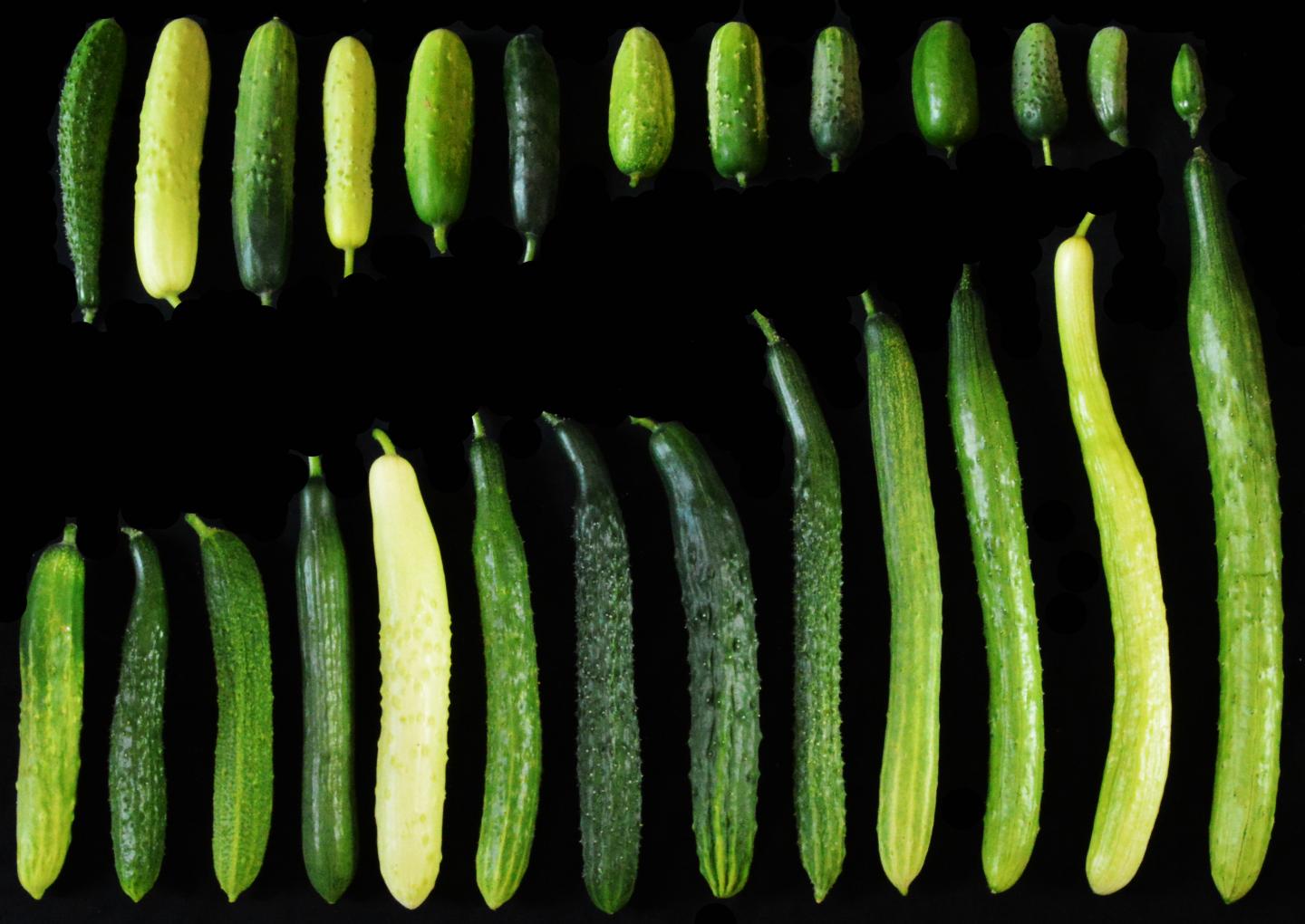 The cucumber is among the top five vegetable crops grown in the world. Cucumbers are most commonly eaten fresh or preserved as pickles. An important attribute of the cucumber is fruit length. Cucumbers range in size from 5 to 60 cm, depending on the cultivar.

In an effort to identify the genetic basis of fruit length variation in cucumber, a team of researchers led by Xiaolan Zhang at China Agricultural University analyzed 150 cucumber lines with different fruit lengths. They identified two variants of a gene named CsFUL1 that differed by a single base pair in the DNA code. The CsFUL1A variant appeared in long-fruited East Asian cucumbers, whereas the CsFUL1C variant was randomly distributed in wild and semi-wild cucumber populations.

The researchers demonstrated that decreased expression of CsFUL1A was responsible for longer fruit, whereas shorter fruit was caused by increased expression of the A variant, or by the C variant at this locus, which they showed is not fully functional. Therefore, the authors concluded that CsFUL1A functions as a repressor of fruit length that emerged during selection of Asian long cucumber. They further showed that CsFUL1A directly represses the expression of CsSUP, a known regulator of cell expansion and division. In addition, the expression of two auxin transporter genes, CsPIN1 and CsPIN7, was found to be directly inhibited by CsFUL1A, leading to reduced accumulation of the growth hormone auxin.

This research has singled out a key modulator of fruit length and sets the stage for developing strategies to manipulate fruit length in cucumber breeding.

As next steps, first author Jianyu Zhao said: “We aim to identify the upstream regulators of CsFUL1A in fruit length variation in cucumber and to dissect the relationship between CsFUL1A and other fruit length genes.”

Call for unis and others to consider women juggling research/childcare