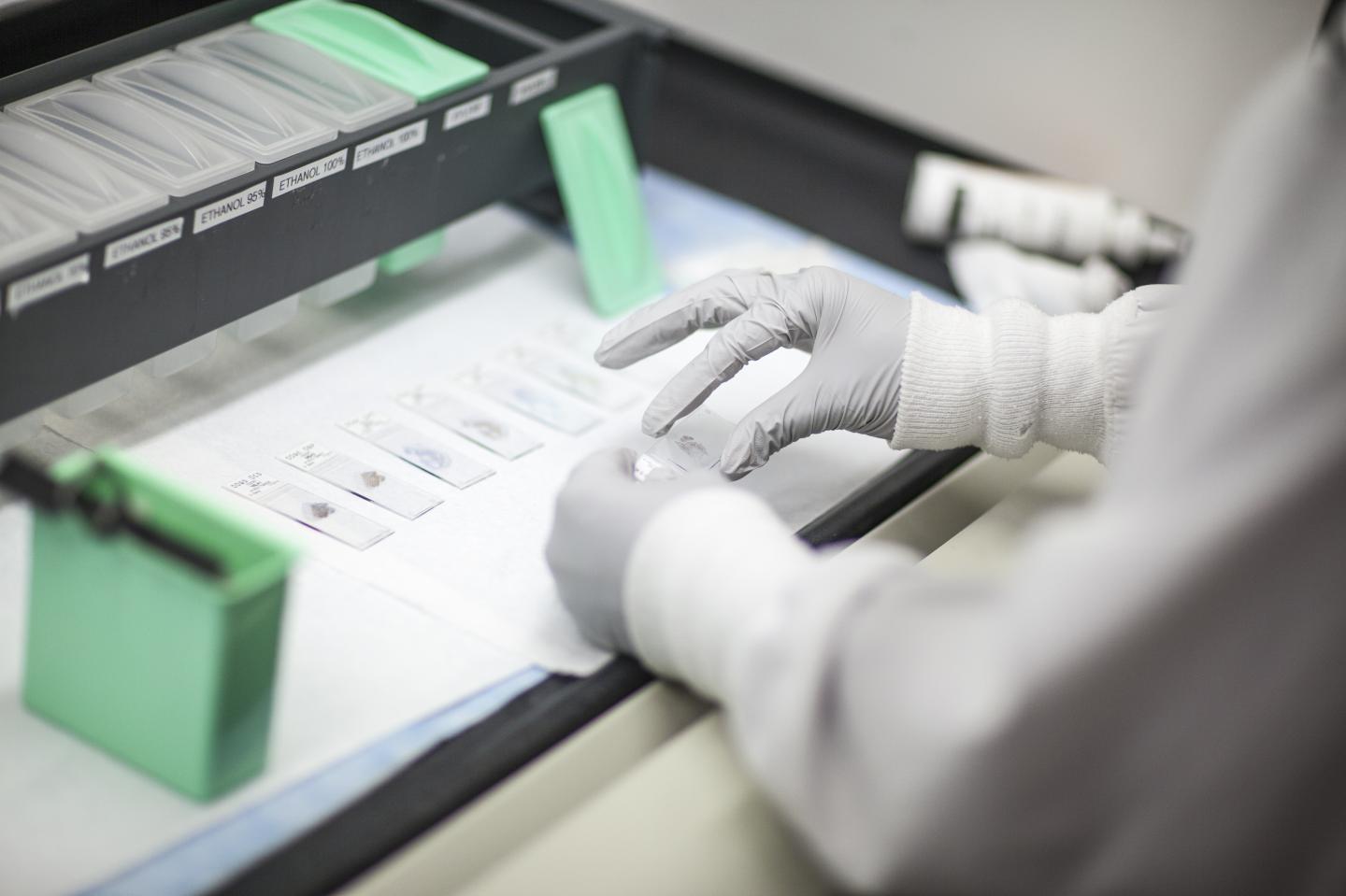 WASHINGTON — A new study suggests that Oncotype DX-guided treatment could reduce the cost for the first year of breast cancer care in the U.S. by about $50 million (about 2 percent of the overall costs in the first year). The study by Georgetown Lombardi Comprehensive Cancer Center and National Cancer Institute researchers was published April 24, in JNCI.

The landmark TAILORx (Trial Assigning IndividuaLized Options for Treatment) trial results suggested that use of the Oncotype DX® gene test can offer women valuable information about treatment options, potentially sparing 70 percent of women from needing chemotherapy if they are newly diagnosed with the most common subtype of breast cancer. The information only applied to women with early-stage breast cancer that is hormone positive (ER/PR+), HER2neu negative, and has not spread to the lymph nodes.

The projected cost savings in the new study are based on two factors: about a 50 percent increased cost in gene testing assuming that it will be done for all newly diagnosed women, which would be offset by an approximately 8 percent expected drop in the overall cost of chemotherapy due to fewer women being recommended this form of treatment. Chemotherapy is considerably more expensive than gene testing, hence the 8 percent reduction in its cost is greater, dollar-wise, than the 50 percent increase in cost for gene testing.

“Individual women’s decisions should not be about dollars and cents, but what is right for them based on consideration of the best evidence and personal preferences,” says Jeanne S. Mandelblatt, MD, MPH, professor of oncology and medicine at Georgetown Lombardi.

Mandelblatt and her colleagues examined the monetary impact in the U.S. of providing care based on evidence from TAILORx. The researchers looked at statistics on gene testing and chemotherapy use in National Cancer Institute and Medicare databases, before and after the TAILORx trial results were announced in 2018. The periods during which costs accrue are usually grouped into three timeframes: initial costs (diagnosis and treatment), terminal costs (last year of life) and everything in between (continuing care costs). This study only estimated initial costs.

The estimated individual Oncotype DX test costs in this analysis were about $3,400 and based on Medicare reimbursement rates. Many insurers, including Medicare, cover the cost for most women diagnosed with early-stage breast cancer. Another gene test that is used less often in the U.S., called MammaPrint®, has similar costs.

The investigators estimated that, prior to 2018, the mean initial costs of healthcare nationwide for newly diagnosed women with breast cancer, which were fairly stable for a number of years, included two components: chemotherapy costs of $2.701 billion and Oncotype DX testing costs estimated to be $115 million, for a total healthcare cost of $2.816 billion in the first year after diagnosis. The researchers estimated that only 34.8 to 57.2 percent of women were receiving the Oncotype DX testing in this period as the clinical application of such tests was still uncertain.

In 2018, the TAILORx findings showed no benefit from chemotherapy for women whose tumors had lower risks for recurrence based on Oncotype DX scores. For their modeling, the researchers projected that all women with scores of 0-25 (low to intermediate risk) would forgo chemotherapy starting in 2018, so those treatment costs would go down by 8 percent, saving $338 million in initial chemotherapy costs. The researchers also assumed 100 percent of women would get Oncotype DX testing, raising those costs by $116 million (from $115 to $231 million). The total initial costs for this period were therefore projected to be $2.766 billion.

Comparing the two initial 12-month costs of care for the pre-2018 and 2018 and after periods, the researchers projected that the combined treatment and testing costs would decrease from $2.816 to $2.766 billion, for a net savings of about $50 million (1.8 percent decrease).

“This study only answers the question about whether, in the first 12 months after diagnosis, costs of gene testing are likely to be offset by savings in avoided costs of chemotherapy – and the answer is yes. We did not estimate how the trial results could diffuse into medical practice, since those data will not be available for several years,” Mandelblatt says. “The gene tests are not perfect predictors of who will ultimately have a recurrence of breast cancer, so it will be important to model the long-term outcomes and costs from diagnosis to death.”

The authors report no relationships or conflicts of interest to disclose relevant to this study.

This work was supported in part by grants from the National Institutes of Health (U01CA1295 and R35 CA197289). Additional funding was provided by the National Cancer Institute’s Coordinating Center for Clinical Trials, an American Cancer Society Young Investigator Award and the Cancer Prevention Research Fellowship sponsored by the American Society of Preventive Oncology and Breast Cancer Research Foundation.

Georgetown University Medical Center (GUMC) is an internationally recognized academic medical center with a three-part mission of research, teaching and patient care (through MedStar Health). GUMC’s mission is carried out with a strong emphasis on public service and a dedication to the Catholic, Jesuit principle of cura personalis — or “care of the whole person.” The Medical Center includes the School of Medicine and the School of Nursing & Health Studies, both nationally ranked; Georgetown Lombardi Comprehensive Cancer Center, designated as a comprehensive cancer center by the National Cancer Institute; and the Biomedical Graduate Research Organization, which accounts for the majority of externally funded research at GUMC including a Clinical and Translational Science Award from the National Institutes of Health. Connect with GUMC on Facebook (Facebook.com/GUMCUpdate), Twitter (@gumedcenter) and Instagram (@gumedcenter).

Getting fertilizer in the right place at the right rate

Scienmag Jun 30, 2019
Stress of surviving the Holocaust has shown a lifelong and lasting negative impact on survivors' brain structure,…

A new concept of future robot manipulators will be developed from…