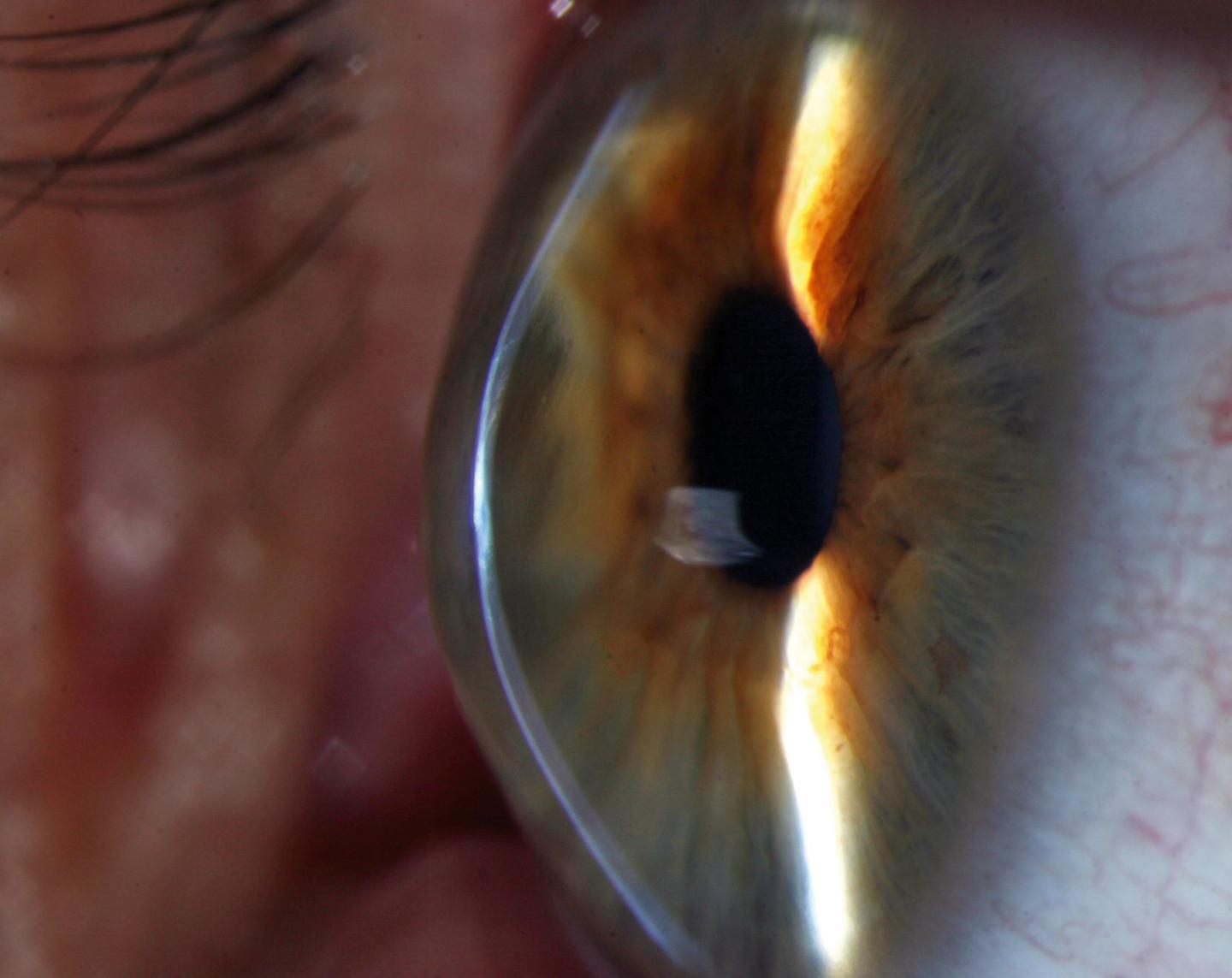 Scientists have taken a significant step forward in their search for the origin of a progressive eye condition which causes sight loss and can lead to corneal transplant.

A new study into keratoconus by an international team of researchers, including a University of Leeds group led by Chris Inglehearn, Professor of Molecular Ophthalmology in the School of Medicine, has for the first time detected DNA variations which could provide clues as to how the disease develops.

Keratoconus causes the cornea, which is?the clear outer layer?at the front of the eye, to thin and bulge outwards into a cone shape over time, resulting in blurred vision and sometimes blindness. It usually emerges in young adulthood, often with lifelong consequences, and affects 1 in 375 people on average, though in some populations this figure is much higher.

It is more common in people with an affected relative, leading scientists to believe there could be a genetic link.

Glasses or contact lenses can be used to correct vision in the early stages. The only treatment is ‘cornea cross-linking’, a procedure where targeted UV light is used to strengthen the corneal tissue. In very advanced cases a corneal transplant may be needed.

Professor Inglehearn said: “This multinational, multicenter study gives us the first real insights into the cause of this potentially blinding condition and opens the way for genetic testing in individuals at risk.”

The team, led by Alison Hardcastle, Professor of Molecular Genetics at UCL Institute of Ophthalmology, and Dr Pirro Hysi at King’s College London, and including researchers from the UK, US, Czech Republic, Australia, the Netherlands, Austria and Singapore, compared the full genetic code of 4,669 people with keratoconus to that of 116,547 people without the condition.

The team pinpointed short sequences of DNA that were significantly altered in genomes of people with keratoconus, offering clues about how it develops.

The findings indicate that people with keratoconus tend to have faulty collagen networks in their corneas, and that there may be abnormalities in the cells’ programming which affect their development. These promising insights were not possible in previous studies due to insufficient sample sizes.

Future work will now aim to understand the precise effects of these DNA variations on corneal biology and pinpoint the mechanism by which keratoconus then develops. It will also be crucial to identify any remaining genetic variations among keratoconus patients that were not picked up in this study.

The work has brought science a step closer to earlier diagnosis and potentially even new therapeutic targets, offering hope to current and future keratoconus patients.

The study, A multi-ethnic genome-wide association study implicates collagen matrix integrity and cell differentiation pathways in keratoconus, was funded by Moorfields Eye Charity, and is published in Communications Biology today.

Dr Hysi said: “The results of this work will enable us to diagnose keratoconus even before it manifests; this is great news because early intervention can avoid blinding consequences.”

Professor Hardcastle said: “This study represents a substantial advance of our understanding of keratoconus. We can now use this new knowledge as the basis for developing a genetic test to identify individuals at risk of keratoconus, at a stage when vision can be preserved, and in the future develop more effective treatments.”

Professor Stephen Tuft, from Moorfields Eye Hospital, said: “If we can find ways to identify keratoconus early, corneal collagen cross linking can prevent progression of the disease in the great majority of cases.

“We would like to thank the thousands of individuals who attend our Moorfields Eye Hospital cornea clinic and donated a DNA sample, without whom this important study would not have been possible.”

Picture: The cornea of a keratoconus sufferer. Credit: Community Eye Health via Flickr

The University was awarded a Gold rating by the Government’s Teaching Excellence Framework in 2017, recognising its ‘consistently outstanding’ teaching and learning provision. Twenty-six of our academics have been awarded National Teaching Fellowships – more than any other institution in England, Northern Ireland and Wales – reflecting the excellence of our teaching.
http://www.leeds.ac.uk