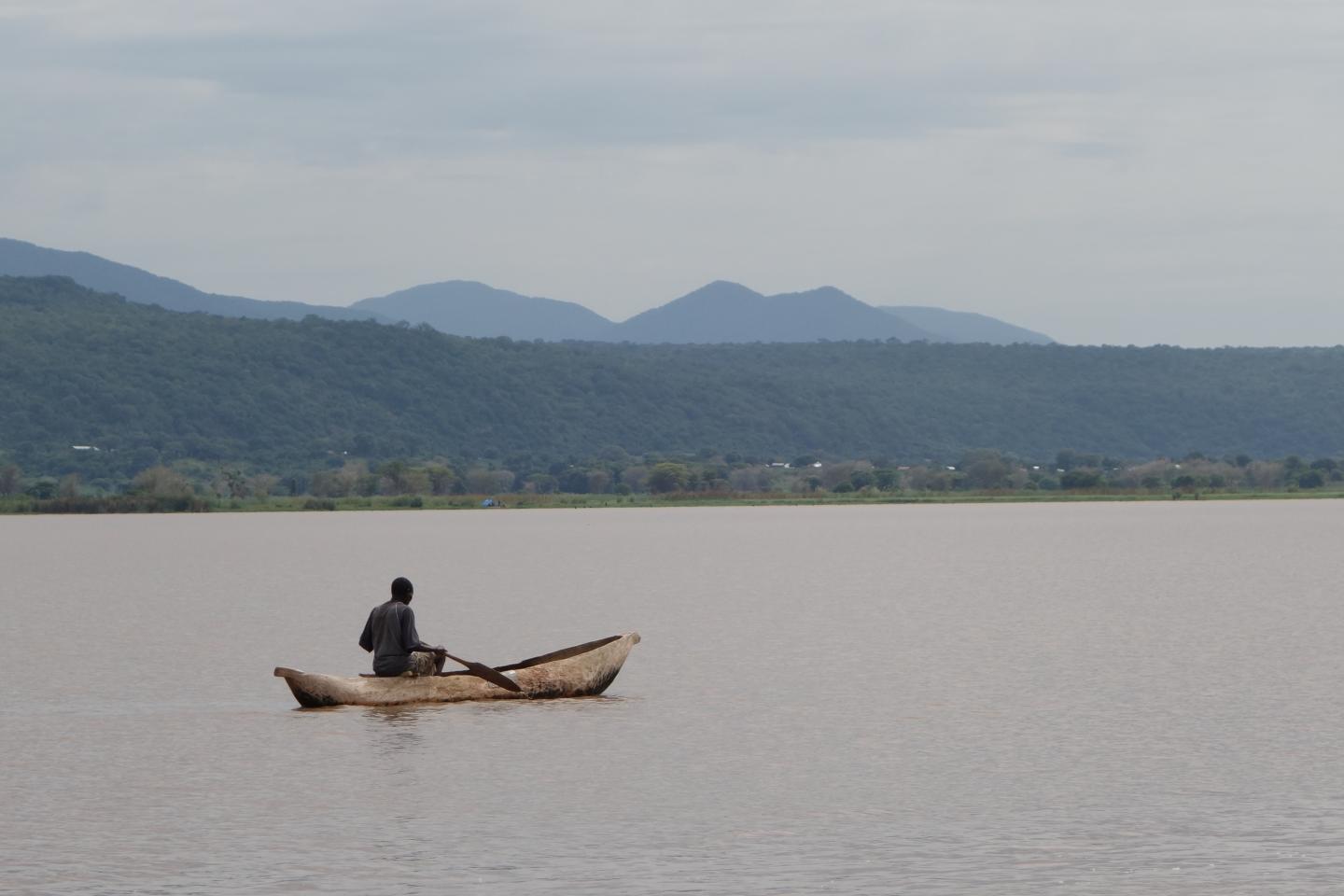 Genetic rewiring could have driven an evolutionary explosion in the shapes, sizes and adaptations of cichlid fish, in East Africa’s answer to Darwin’s Galapagos finches.

Published in BMC Genome Biology, an Earlham Institute (EI) study, with collaborators at the University of East Anglia (UEA) and Wisconsin Institute for Discovery, shows that ‘genetic rewiring’ at non-coding regions – rather than mutations to protein-coding regions of genes – may play an important role in how cichlid fish are able to rapidly adapt to fill a staggeringly wide range of environmental niches in the East African Rift lakes.

The results could help future studies to improve breeding of economically important cichlid species such as tilapia – a staple in aquaculture.

Darwin’s famous finches are one of the most well-known examples of evolution by natural selection, and specifically adaptive radiation. The birds he observed on the Galapagos archipelago had differences in their beaks that could be matched to fit their specific feeding habits – whether they ate big or small seeds, insects, or even used tools to find food.

Amazingly, in the 2-3 million years it took 14 species of finch to evolve on the Galapagos Islands, around 1,000 species of cichlid evolved in Lake Malawi alone.

“In the Great Lakes of East Africa, and within the last few million years, a few ancestral lineages of cichlid fish have independently radiated and given rise to well over 2,000 species – and we’re still finding new ones,” says first author Dr Tarang Mehta, a postdoctoral scientist in EI’s Haerty Group.

“They occupy a really large diversity of freshwater ecological niches in lakes, rivers and even swamps: this includes sandy substrates, mud, rocks, and vegetated bottoms. As a result, they are all adapted to different dietary habits and niches in these areas.”

By looking at gene expression across different cichlid tissues in five representative species from East African rivers and the Great Rift Lakes, the team discovered an evolutionary rewiring of several important genes linked to the adaptability seen in cichlids. The effect which was particularly prominent in the vision of fish species.

“We found out that the most rewired genes are associated with the visual system,” explains Dr Mehta. “Essentially, if you look at the different species of fish we used in the study, you could see major differences in the regulation network around opsin genes they use for vision depending on where they live and what they eat.

“For example, the Lake Malawi rock-dwelling species, M. zebra, feeds on UV-absorbing phytoplankton algae. That generally requires increased expression of a particular opsin, SWS1, which helps with sensitivity to UV light. That may well explain why it has a more complex regulatory network around SWS1 compared with the Lake Tanganyika benthivore, N. brichardi, which does not share the same diet or habitat.”

Armed with some genes of interest, the team confirmed the mechanisms behind these gene regulatory differences in the lab. Looking at the fine scale, they identified small changes in the DNA sequence of regulatory regions at the start of genes important for trait differences between species, including the visual system.

Rather than the gene itself being modified, it was the regions of DNA known as binding sites that are targeted by transcription factors – the proteins which determine whether a gene is turned on or turned off. In this way, the different species of fish can be said to have had their visual system ‘rewired’ for different functions.

Taking this further, the team was able to show that these changes could be commonly associated throughout cichlid fish in Lake Malawi, with diet and ecology-dependent rewiring showing that changes in transcription factor binding could be key to fine-tuning visual sensitivity.

Depending on the trait, cichlids appear to utilise an array of genetic mechanisms to generate phenotypic novelty however, the ‘tinkering’ of regulatory systems appears more widespread in cichlid fish than previously discovered. This evolutionary plasticity could well explain the explosion of species in such a small area over a relatively short time.

“It’s a proof of concept,” says Dr Mehta. “As more data comes out, we’ll be able to look at this in depth in representative clades from each of the different radiations, not just in Lake Malawi but also Lake Tanganyika, Lake Victoria and even in some of the cichlids in South America.”

Professor Federica Di Palma, Professorial Fellow of Biodiversity at UEA, said: “We have released an impressive amount of expression data which will further aid studies into the adaptive radiation of cichlids for the future. We are now deciphering the complexity of these cis-regulatory regions by using genome-wide CRISPR screens.

“The wider impact of our regulatory gene network approach will also help inform evolution of agriculturally important traits for tilapia such as growth rate and tolerance to different local water conditions, as well as for general aquaculture and fisheries.”