A critical goal in genetics and evolution is predicting the effects of mutations that may happen in the future and inferring the effects of those that happened in the past. To make these predictions, scientists generally assume that a mutation’s effects tested in the present apply to past and future versions of the same gene. 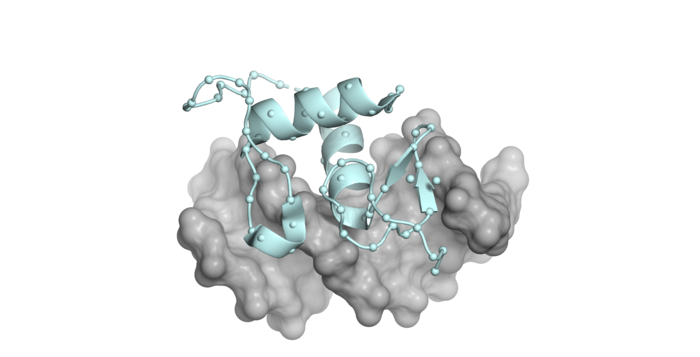 A critical goal in genetics and evolution is predicting the effects of mutations that may happen in the future and inferring the effects of those that happened in the past. To make these predictions, scientists generally assume that a mutation’s effects tested in the present apply to past and future versions of the same gene.

This assumption turns out to be wrong for most mutations, a new study by University of Chicago scientists shows. By combining cutting-edge techniques in experimental biochemistry and evolutionary reconstruction of ancient proteins, the study directly measured how the effects of every possible mutation in a biologically essential gene changed across 700 million years of evolution. As the gene evolved, the effects of most mutations changed steadily and randomly, often switching from highly detrimental to inconsequential, or vice versa.

This constant drift makes it impossible to reliably predict the effects of most mutations into the future or back into the past. The findings also imply that the potential fate of a mutation during evolution is determined not only by natural selection, but also by the particular set of chance events that happened to unfold during the gene’s history. These events determine the effect each mutation has at each timepoint and therefore the probability that it will be incorporated into the gene during evolution.

“Many people think that natural selection has optimized all of our genes to do the best job possible,” said Joseph Thornton, PhD, Professor of Ecology & Evolution and Human Genetics at UChicago, and senior author of the study. “Our results show that present-day genes are the result of a particular cascade of random but consequential chance events, each of which determined the next steps that evolution could take at every moment in history.”

The study, “Epistatic drift causes gradual decay of predictability in protein evolution,” was published May 20 in Science.

To perform the first comprehensive study of changes in the effects of mutations over time, Thornton and his team – first author and graduate student Yeonwoo Park and research scientist Brian P. H. Metzger, PhD – combined cutting-edge techniques from two fields. They focused on a family of genes that codes for steroid hormone receptors. These intracellular proteins regulate the effects of estrogen, testosterone, and cortisol on reproduction, development, immunity, and a wide range of cancers and other diseases. The receptors, found in almost all animals today, evolved from a single common ancestor about 700 million years ago.

Using a technique pioneered in Thornton’s lab, the team first reconstructed the gene for the ancestor of the entire family by computationally tracing evolution backward down the tree of life, starting from a massive database of present-day receptor genes. They also reconstructed a series of eight other genes in the family that occurred at various times between that deep ancestor and the present. They synthesized DNA for each of these ancient genes so they could experimentally study them in their lab.

Starting with these ancient genes, they used a new biochemical technique called deep mutational scanning, which simultaneously measures the effects of massive collections of mutations. Graduate student Park, using a strategy that he and Metzger developed, engineered every possible mutation at every site in the gene sequence of all nine of the reconstructed receptors – a total of more than 25,000 mutations. They incorporated these mutant libraries into yeast and then used a laser-based technology called sequencing-coupled fluorescence-activated cell sorting (Sort-seq) to measure the ability of every mutant to carry out its biological function.

With this huge dataset, the researchers traced how every mutation’s effect changed across deep evolutionary time. This change in effect can happen because the impact of a mutation at one site in a gene sometimes depends on the state at other sites, a phenomenon called epistasis. If the epistatic sites change as a gene evolves, the effects of the mutations it interacts with at other sites will change too.

Although the existence of epistatic interactions is well known, the extent to which they affect the course of evolution had never been comprehensively studied. Major evolutionary theories assume that epistasis is rare, so the effects of most mutations stay constant over time. As a result, evolution is thought to be largely predictable into the future – or retrospectively interpretable into the past – based on genetic experiments that are performed in the present.

“We were surprised by how pervasive epistatic drift is, and also by how gradual and steady it seems to be,” said Park, a doctoral student in Genetics, Genomics, and Systems Biology. “Big episodic jumps were rare. Some mutations drift fast, some more slowly, but each one progressively forgets the effects it once had in the ancestor, and in the future, it will eventually forget the effects that it has today.”

A practical benefit of the team’s work is that it gives scientists a way to quantify future unpredictability using experiments. Thornton pointed to SARS-CoV2 as an example.

“New variants of the virus are constantly arising, and we’d like to predict whether these are likely to be dangerous, or likely to become dangerous with further mutations,” Thornton said. “Our results mean that a deep mutational scan on one version of the virus can’t produce reliable predictions as the virus gradually drifts away from that old version. But if we have a series of these experiments in the virus across time – like the one we performed for steroid hormone receptors – we’ll know how much the effect of every single mutation is likely to change across a given period of evolutionary time. That means we can express exactly how confident we should be when we predict the effect of any particular mutation in any future virus.”

Thornton and Park are currently expanding the study to characterize not only single mutations, but also every possible pair of mutations that could have occurred in the receptors. These experiments – which encompass millions rather than thousands of mutations – will enable the team to dissect all the genetic interactions that caused epistatic drift during the long-term evolution of the receptor family.

“This new project will reveal the causes of the epistatic drift we discovered in the first study,” Park said. “We expect it to show us how evolution is shaped by the massive set of genetic interactions in a receptor or any other protein – how changes at every single site in the gene alter the biological effect of changes at every other site, and thus rewire its evolutionary potential across time.”

Support for the study was provided by the National Institutes of Health and a Samsung Scholarship.