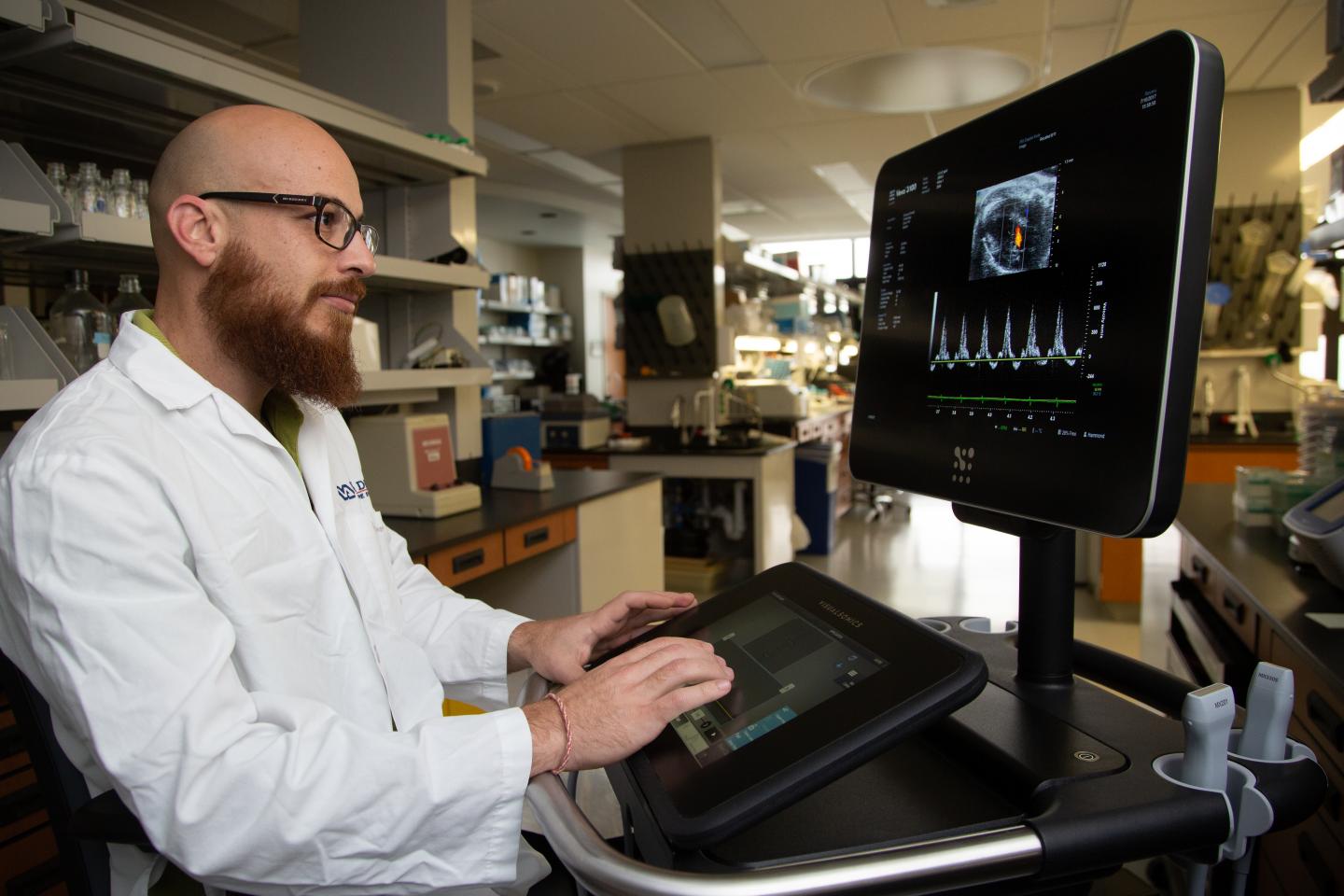 Researchers with the VA San Diego Healthcare System and the University of California San Diego have shown that a gene transfer technique can combat heart dysfunction caused by diabetes.

Working with mice, the researchers showed that a single injection to promote the expression of the hormone urocortin 2 (UCn2) increased left ventricle function and improved how the body processed glucose. The study could lead to new clinical treatments for diabetes-related left ventricle dysfunction, they say.

The study appeared in the March 11, 2019, issue of Human Gene Therapy.

Dr. Kirk Hammond, the corresponding author on the study, explained that a single administration of an agent that both reduces blood sugar and increases heart function would be attractive to patients with diabetes. These patients often must adhere to complicated medical regimens, he explains, and therefore often have trouble complying with their care instructions.

Diabetes affects 9 percent of adults worldwide, including 29 million Americans. Nearly 25 percent of VA’s patient population have diabetes. It increases the risk of cardiovascular disease, and death rates from heart disease are two to four times higher for adults with diabetes.

For this study, the researchers injected mice with a non-infectious virus called adeno-associated virus type 8, which carried the gene for UCn2. The virus vector goes mainly to the liver, where it manufactures UCn2. UCn2 is then released into the blood, where it interacts with specific receptors, which can improve heart function and increase glucose disposal. Glucose disposal refers to the uptake of glucose from the blood into tissues of the body.

To trigger diabetes, the researchers fed mice a diet of 45 percent fat, 35 percent carbohydrate, and 20 percent protein. This dietary balance is similar to the standard diet in Western countries such as the United States. A diet high in fats and sugars, as is common in a Wester diet, is linked with an increased risk of diabetes. Mice fed the Western diet for 30 weeks showed increased blood glucose and weight gain, along with reduced heart function compared with mice eating a diet lower in fat and sugar.

Ten weeks after the injection, mice given the gene transfer had a 20-fold increase in UCn2 concentration in their blood. This increase was linked to reduced fasting blood glucose levels and better glucose tolerance, relative to the mice given saline. The increase in UCn2 led to increases of 38 percent for systolic and 33 percent for diastolic left ventricle function.

Although additional studies will be required, this therapy could lead to new treatment techniques for people with diabetes in clinical settings, according to the researchers. They call the possibility of a one-time treatment with enduring benefits on glucose disposal and left ventricle function “an attractive and unique therapeutic strategy.”