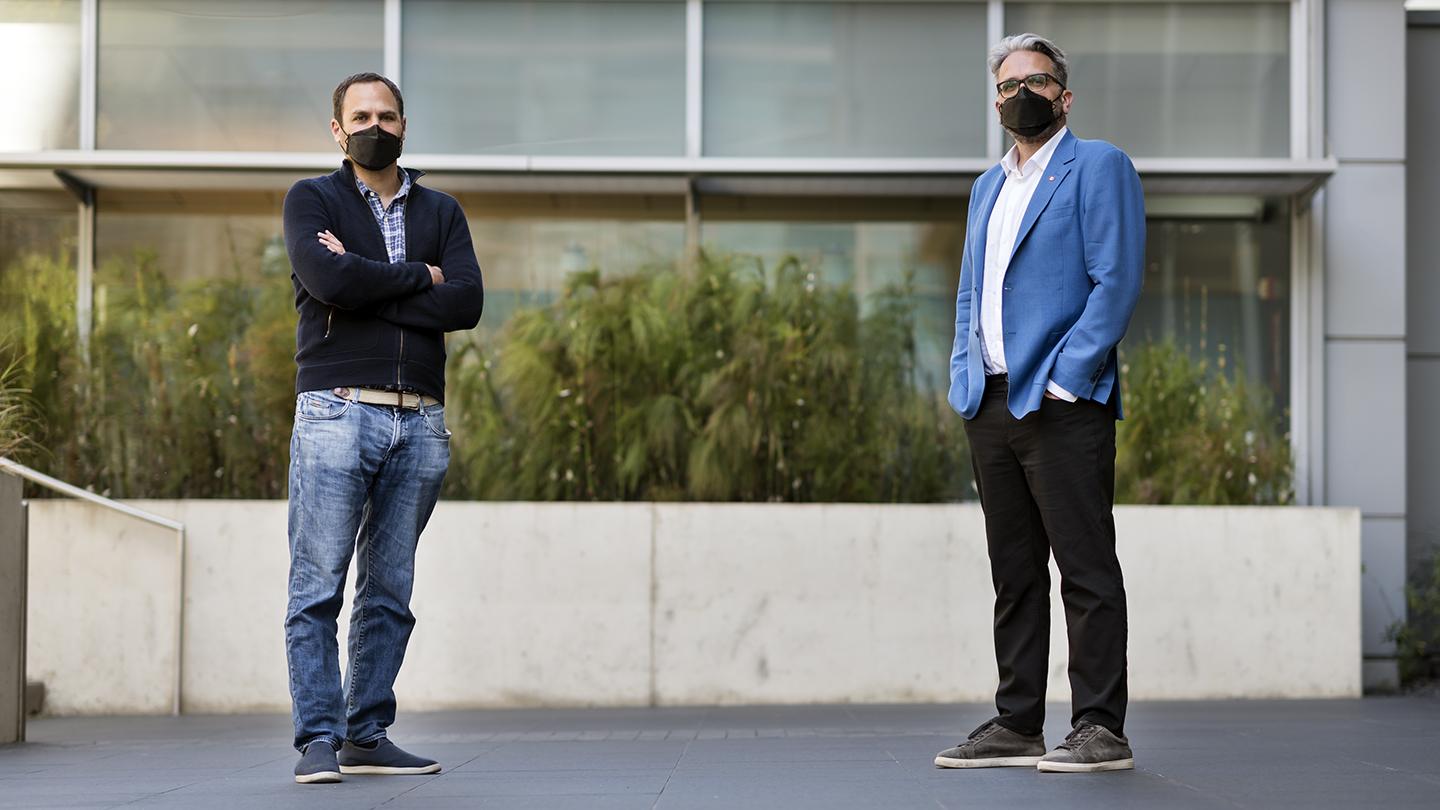 In the decade since the advent of CRISPR-Cas9 gene editing, researchers have used the technology to delete or change genes in a growing number of cell types. Now, researchers at Gladstone Institutes and UC San Francisco (UCSF) have added human monocytes–white blood cells that play key roles in the immune system–to that list.

The team has adapted CRISPR-Cas9 for use in monocytes and shown the potential utility of the technology for understanding how the human immune system fights viruses and microbes. Their results were published online today in the journal Cell Reports.

“These experiments set the stage for many more studies on the interactions between major infectious diseases and human immune cells,” says senior author Alex Marson, MD, PhD, director of the Gladstone-UCSF Institute of Genomic Immunology and associate professor of medicine at UCSF.

“This technology opens doors for identifying the human genes most important to the function of monocytes and for coming up with new therapeutic strategies against a range of pathogens,” adds co-senior author Nevan Krogan, PhD, senior investigator at Gladstone and director of the Quantitative Biosciences Institute at UCSF.

From One Immune Cell to Another

Monocytes are immune cells with a broad range of roles in defending the human body from pathogens. As part of their normal function, monocytes can give rise to two other immune cell types: macrophages, which engulf and destroy foreign material in the body, and dendritic cells, which help recognize pathogens and trigger more specific immune responses.

Monocytes, however, are notoriously hard to study in the lab. Few of the cells circulate in the blood and they behave differently in a petri dish than they would inside the body. So, applying CRISPR-Cas9 to monocytes required tweaking the standard protocols. The team had to develop an approach that would not only alter the genes inside monocytes, but ensure that those edited cells were still functional.

“Editing monocytes was challenging, but we felt it was very important to replicate the success we had obtained with T cells in other immune cells,” says Joseph Hiatt, the study’s first author and a graduate student in the Marson and Krogan labs.

A Way to Study Infections

The group showed that the monocytes edited with their CRISPR-based approach could still give rise to both macrophages and dendritic cells. To confirm whether these new edited cells behaved normally, the researchers infected cells grown in the lab with the microbe that causes tuberculosis. Macrophages originating from edited monocytes, they found, were still capable of engulfing the pathogen.

The researchers next showed that using CRISPR-Cas9 to remove the gene SAMHD1 from monocytes–and therefore the resulting macrophages–boosted more than fifty-fold the infection of cells by HIV. While SAMHD1 was already known to protect human cells from HIV, the experiment confirmed the success of their gene-editing approach in monocytes and its promise for studying diseases.

Krogan’s lab has spent recent years cataloging human proteins that viruses use to infect cells and propagate. His research has included HIV, tuberculosis, Ebola virus, and Dengue virus–viruses known to target macrophages and dendritic cells. The new ability to edit genes in these cells will help his team validate their findings and identify vulnerabilities that may help combat these diseases in the future. It could also point toward targets for drugs that help boost the ability of monocytes to fight infections, or block viruses from hijacking monocytes in the first place.

“Now that we’re confident we can edit monocytes successfully, our approach will allow us to study these cells in depth, and understand their roles in infectious diseases,” says Devin Cavero, co-first author of the study and former UCSF research associate.

The paper “Efficient Generation of Isogenic Primary Human Myeloid Cells Using CRISPR-Cas9 Ribonucleoproteins” was published by the journal Cell Reports on May 11, 2021: https://www.cell.com/cell-reports/fulltext/S2211-1247(21)00439-3.

To ensure our work does the greatest good, Gladstone Institutes (https://gladstone.org) focuses on conditions with profound medical, economic, and social impact–unsolved diseases. Gladstone is an independent, nonprofit life science research organization that uses visionary science and technology to overcome disease. It has an academic affiliation with the University of California, San Francisco.