Gay and lesbian spaces in the city becoming more diverse, not going away 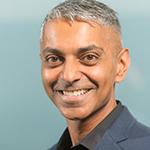 Gay and lesbian spaces in cities are dispersing and diversifying rather than disappearing, new University of British Columbia research has found.

A common perception is that major urban centers have just one, singular gay neighborhood–or “gayborhood”–where all gay people live, and the rest are straight spaces. However, only 12 per cent of LGBTQ Americans aged 18 and older currently live in a gayborhood, according to a recent survey by the Pew Research Center. The survey also shows that 72 per cent of LGBTQ Americans have never lived in a gayborhood.

The UBC research, published today as part of a special symposium in City & Community, the official journal of urban sociologists, shows that LGBTQ people are increasingly living in “cultural archipelagos” beyond the gayborhood.

“LGBTQ Americans are an incredibly diverse group of people. Why wouldn’t we expect that diversity to express itself in the places they live and call home as well?” said Amin Ghaziani, associate professor in UBC’s department of sociology.

Ghaziani’s research used data from the 2010 U.S. census to examine location patterns of lesbians, transgender people, same-sex couples with children, and LGBTQ people of color. While members of these subgroups don’t always feel welcome in the nation’s gayborhoods, the data shows that they do have their own places.

In many cities, clusters of same-sex couples with children have sprung up in areas well outside of gayborhoods. In Chicago and the outer boroughs of New York, queer communities of color have emerged. Places like “Chocolate Chelsea” and “Hell’s Cocina” in New York provide alternatives to the predominant whiteness of traditional gayborhoods. African-American individuals in a same-sex partnership are more likely to live in areas where there are higher populations of other African-Americans, rather than other LGBTQ people. Rural areas draw more same-sex female couples than male couples, and female couples tend to live where the median housing price per square foot is lower–perhaps a reflection of the gender pay gap. The top zip codes for lesbian couples include Provincetown, Mass.; Northampton, Mass; and the Jamaica Plain neighborhood of Boston. Gay men, however, are more likely to live in the Castro or West Hollywood.

Ultimately, the data shows that the emergence of “mini-enclaves” and “little planets”–as one of Ghaziani’s interview subjects dubbed them–could be a more significant development than the so-called decline of gayborhoods.

“We talk so much about the decline of the gayborhood,” said Ghaziani. “These areas are undoubtedly changing, but if we over-emphasize loss then we will not see the dynamic new developments that are taking place. We need to broaden our view beyond the gayborhood.”

Ghaziani presents his research as the lead essay in a collection that includes work from four other prominent scholars who study the location patterns of the LGBTQ community. The entire symposium was published on March 5 and is publicly accessible online.

When coral reefs change, researchers and local communities may not see eye to eye