The Gates Biomanufacturing Facility (GBF) has announced the successful completion of the full cycle manufacturing of the recombinant Bulk Drug Substance (BDS) of the anti-Tau vaccine, AV-1980R, in collaboration with the Institute for Molecular Medicine (IMM), California. 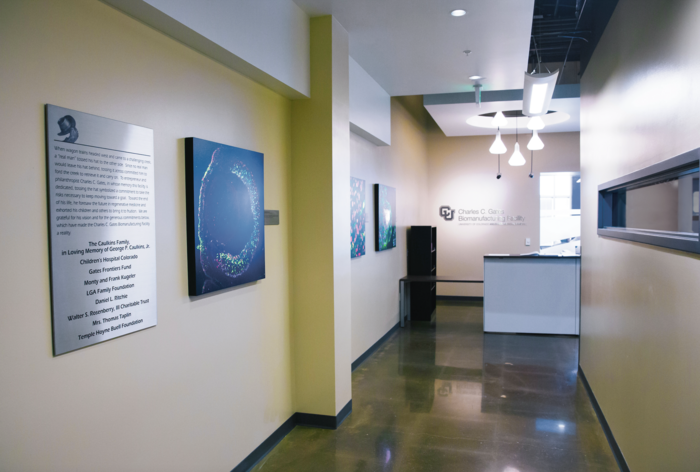 The Gates Biomanufacturing Facility (GBF) has announced the successful completion of the full cycle manufacturing of the recombinant Bulk Drug Substance (BDS) of the anti-Tau vaccine, AV-1980R, in collaboration with the Institute for Molecular Medicine (IMM), California.

IMM selected GBF as its exclusive cGMP-grade BDS manufacturing partner supporting clinical supply for IMM’s recombinant protein vaccines, including AV-1980R. As a result of this work, AV-1980R Drug Substance can be used for phase 1 and phase 2 clinical trials in humans. This work was financed through funding provided by the U.S. National Institute on Aging (NIA).

Abnormal Tau aggregation into neurofibrillary tangles is the hallmark of different tauopathies – neurodegenerative disorders that include Alzheimer’s Disease (AD). Until now, AD therapeutics have mostly focused on the treatment of already diseased patients. AV-1980R vaccine targets Alzheimer’s Disease (AD) and other Tau aggregation-associated neurodegenerative conditions by providing outstanding levels of antibody protection against harmful forms of Tau protein that may lead to disease.

Dr. Michael Agadjanyan, Professor and Vice President of IMM commented, “But once pathology begins and neurons are damaged, it becomes impossible to stop the disease. Now, with the help of cGMP-grade AV-1980R manufactured by GBF, IMM has a highly immunogenic preventative vaccine that could induce significant levels of antibodies inhibiting aggregation of Tau in cognitively unimpaired people who are at risk of AD and halt the disease onset.

Huntington Potter, PhD, Professor of Neurology, Director of Alzheimer’s Disease Program at the Linda Crnic Institute for Down Syndrome, and Director of the CU Alzheimer’s and Cognition Center at the University of Colorado Anschutz Medical Center maintains, “It is becoming increasingly clear that targeting Alzheimer amyloid deposits and their formation is not, alone, an effective approach to halting or reversing Alzheimer’s disease. New therapeutics are needed. The development and manufacture of a Tau vaccine is one of the most promising approaches and might be used either alone or in combination with the anti-amyloid antibodies currently in clinical trials. I congratulate GBF on this important milestone.”

All vaccines developed by IMM are based on the proprietary MultiTEP platform technology, recently licensed to its commercial entity, Nuravax, which demonstrated therapeutic efficacy and immunogenicity in various species of transgenic animal models of AD, including non-human primates.

The Institute for Molecular Medicine (IMM) is a non-profit organization created with the goal of understanding, preventing, and curing chronic human diseases, including neurodegenerative disorders. IMM works closely with its partner, Nuravax: a biotechnology company that licenses IMM’s patented technology. Based in Orange County, California, IMM, along with Nuravax, is advancing MultiTEP: a universal vaccine platform technology that supports the development of multiple vaccine designs based on DNA, RNA, or recombinant proteins.