Gaining a clear picture of land degradation and soil erosion 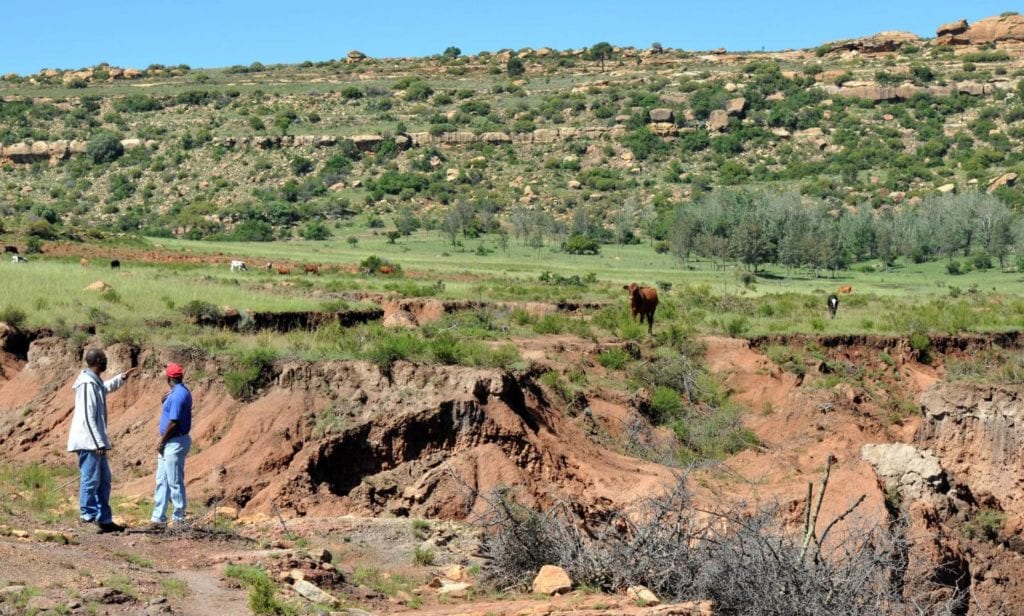 The ‘South African Land Degradation Monitor (SALDi)’ project aims to create an automated observation system that will provide a precise picture of land degradation in South Africa due to soil erosion, among other factors, and monitor developments over the long term. The German Federal Ministry of Education and Research (BMBF) is funding the project under the SPACES programme, providing 2.3 million euros over the next three years. “Particularly in a country such as South Africa, with a semi-arid climate and a growing population, and in which seasonal climatic fluctuations play an important role, it is important and politically essential to have an assessment of land degradation that is consistent and based on scientific data,” says project coordinator Dr Jussi Baade, an associate professor at the Institute for Geography of the University of Jena.

The funding has made it possible to create positions for three young researchers at the chairs of Physical Geography and Remote Sensing in Jena. Other partners in the project include the german Universities of Augsburg and Tübingen, the German Aerospace Center and, in South Africa, the Agricultural Research Council, South African National Parks, the universities of Pretoria, Stellenbosch and Bloemfontein, as well as the Council for Scientific and Industrial Research.

Land for agriculture and forestry is disappearing

Degradation refers to, among others, a decline in soil productivity and a reduction in protective vegetation cover, up to the devastation of entire landscapes through erosion. The consequence is that areas suitable for agriculture and forestry disappear and the equilibrium of the ecosystem is disrupted. “So far, land degradation in South Africa has been assessed mainly based on expert opinions,” says Baade. However, land management effects as well as fluctuations in weather conditions can lead to incorrect interpretations. “Our investigations in Kruger National Park have already shown that soil formation rates are much lower than previously thought,” adds Baade, referring to an earlier research project.

The geographers from Jena and their partners now want to use SALDi to fill these gaps and develop a consistent and scientifically sound procedure for assessing land degradation in South Africa. To this end, the researchers will analyse degraded areas and the changes that occur there with the help of Earth observation data from the European ESA satellites Sentinel-1 and Sentinel-2. “And this with higher spatial resolution and over an extended period of time,” notes Jussi Baade. In addition, the research team will use a physically based landscape erosion model and adapt it to South African conditions, so as to be able to describe soil erosion more precisely than has been done to date.

The team will do research in six regions of South Africa, representing the various climate zones, types of land use, land tenure and population densities in the country. The first fieldwork campaign will start in March 2019. The geographers then want to use various surveying techniques to document the current state of the landscape, as a basis for detecting the changes that take place over the next few years. Over the long term, the project will also provide important findings for the Intergovernmental Panel on Climate Change, IPCC, and the Intergovernmental Science-Policy Platform for Biodiversity and Ecosystem Services, IPBES, in which Germany and South Africa are jointly active.

The project is funded by the Federal Ministry of Education and Research (BMBF) through the lead partner, the German Aerospace Center, as part of the funding programme ‘SPACES – Science Partnerships for the Assessment of Complex Earth System Processes in the Southern African Region’ in the BMBF framework programme ‘Research for Sustainable Development’ (Forschung für nachhaltige Entwicklung, FONA).

How the olfactory brain affects memory