A team led by HZB physicist Dr. Jaime Sánchez-Barriga has gained new insights into the ultrafast response of topological states of matter to femtosecond laser excitation. 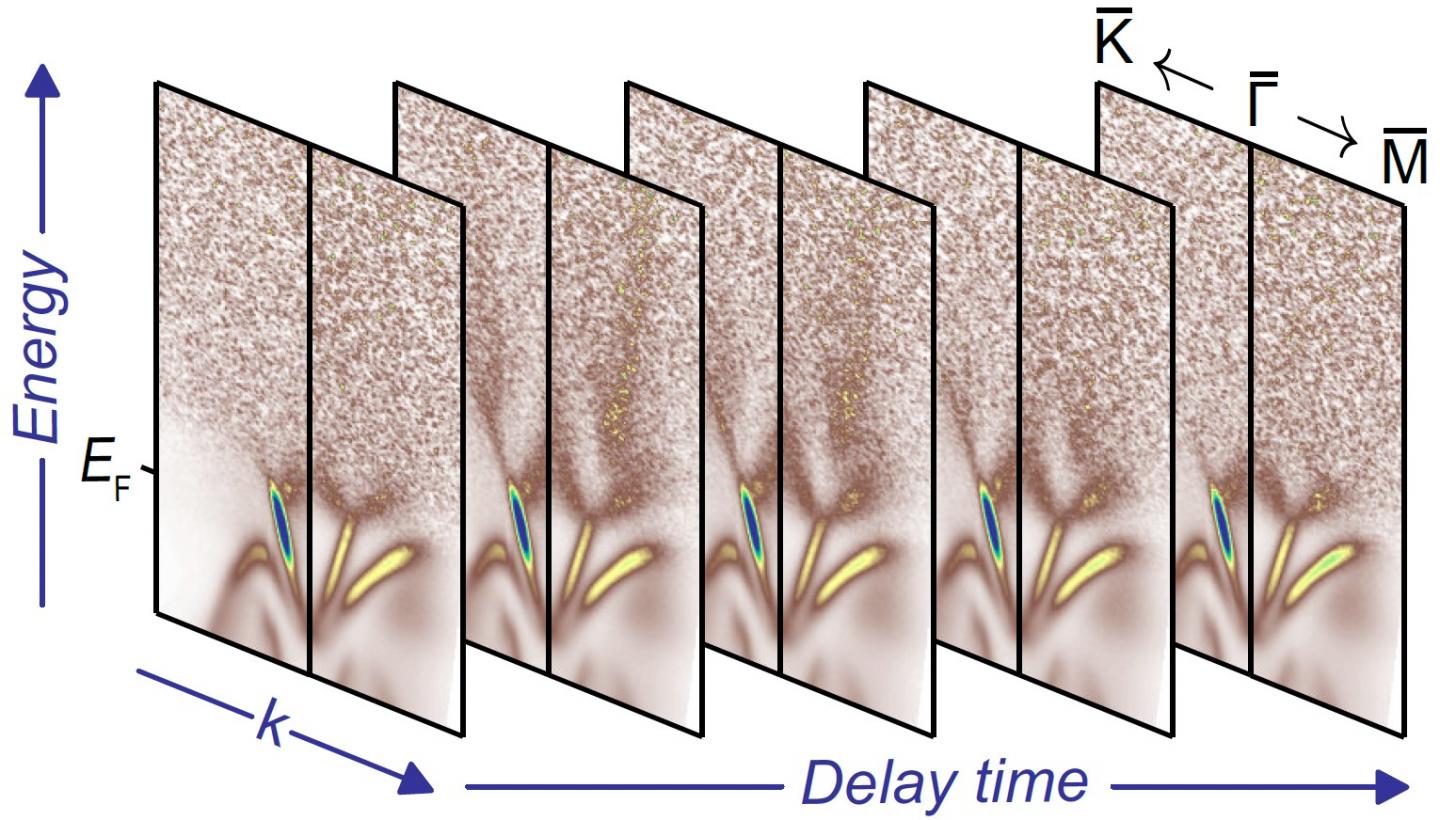 The laws of quantum physics rule the microcosm. They determine, for example, how easily electrons move through a crystal and thus whether the material is a metal, a semiconductor or an insulator. Quantum physics may lead to exotic properties in certain materials: In so-called topological insulators, only the electrons that can occupy some specific quantum states are free to move like massless particles on the surface, while this mobility is completely absent for electrons in the bulk. What’s more, the conduction electrons in the “skin” of the material are necessarily spin polarized, and form robust, metallic surface states that could be utilized as channels in which to drive pure spin currents on femtosecond time scales (1 fs= 10-15 s).

These properties open up exciting opportunities to develop new information technologies based on topological materials, such as ultrafast spintronics, by exploiting the spin of the electrons on their surfaces rather than the charge. In particular, optical excitation by femtosecond laser pulses in these materials represents a promising alternative to realize highly efficient, lossless transfer of spin information. Spintronic devices utilizing these properties have the potential of a superior performance, as they would allow to increase the speed of information transport up to frequencies a thousand times faster than in modern electronics.

However, many questions still need to be answered before spintronic devices can be developed. For example, the details of exactly how the bulk and surface electrons from a topological material respond to the external stimulus i.e., the laser pulse, and the degree of overlap in their collective behaviors on ultrashort time scales.

A team led by HZB physicist Dr. Jaime Sánchez-Barriga has now brought new insights into such mechanisms. The team, which has also established a Helmholtz-RSF Joint Research Group in collaboration with colleagues from Lomonosov State University, Moscow, examined single crystals of elemental antimony (Sb), previously suggested to be a topological material. “It is a good strategy to study interesting physics in a simple system, because that’s where we can hope to understand the fundamental principles,” Sánchez-Barriga explains. “The experimental verification of the topological property of this material required us to directly observe its electronic structure in a highly excited state with time, spin, energy and momentum resolutions, and in this way we accessed an unusual electron dynamics,” adds Sánchez-Barriga.

The aim was to understand how fast excited electrons in the bulk and on the surface of Sb react to the external energy input, and to explore the mechanisms governing their response. “By controlling the time delay between the initial laser excitation and the second pulse that allows us to probe the electronic structure, we were able to build up a full time-resolved picture of how excited states leave and return to equilibrium on ultrafast time scales. The unique combination of time and spin-resolved capabilities also allowed us to directly probe the spin-polarization of excited states far out-of-equilibrium”, says Dr. Oliver J. Clark.

The data show a “kink” structure in transiently occupied energy-momentum dispersion of surface states, which can be interpreted as an increase in effective electron mass. The authors were able to show that this mass enhancement plays a decisive role in determining the complex interplay in the dynamical behaviors of electrons from the bulk and the surface, also depending on their spin, following the ultrafast optical excitation.

“Our research reveals which essential properties of this class of materials are the key to systematically control the relevant time scales in which lossless spin-polarised currents could be generated and manipulated,” explains Sánchez-Barriga. These are important steps on the way to spintronic devices which based on topological materials possess advanced functionalities for ultrafast information processing.