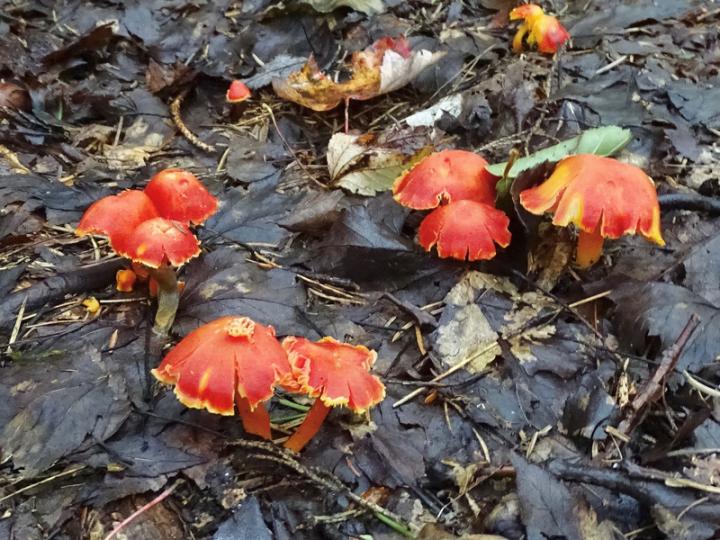 When we think of climate change, we tend to think about greenhouse gases, fossil fuels and pollution. Most of us don’t think about fungi.

But Kathleen Treseder does. Treseder, an ecologist at the University of California, Irvine, studies how fungi can affect climate and vice-versa.

“Fungi are important to consider,” she says. “They can influence nearly every aspect of ecosystems, especially processes that occur in soils.”

New research from her lab shows that fungi can have different lifestyles in response to climate change. These findings can be incorporated into computational models that simulate ecosystems.

“We may be able to better predict shifts in atmospheric carbon dioxide levels and climate change,” says Treseder. “That can help us estimate how much, when and where climate change will affect human societies.”

It’s important to be able to forecast which places will be hit by climate change and how quickly. These early warnings can help preparations, such as building sea walls or flood channels, or direct the development of new crop varieties.

Fungi are terrific decomposers. They break down organic material to get nutrients and energy. In doing so, they turn complex chemicals into simpler elements, such as carbon. In fact, “fungi are an integral part of the global carbon cycle,” says Treseder. “They can move carbon from decomposing material into the atmosphere as carbon dioxide.”

But fungi don’t just release carbon. They can also store it. For example, environmental stress can cause fungi to strengthen their cell walls. They do so by using organic compounds that contain carbon. These carbon compounds can stay in soils for years to decades or even longer.

Treseder’s research explores how fungi decide whether to use limited energy and resources to decompose material or for other processes. “No one can do everything well, and the same goes for fungi,” says Treseder. “If fungi invest resources into one activity like decomposition, then those resources won’t be available to support another activity like tolerating environmental stress.”

These resource allocation decisions become even more important in a world with changing climate. “For example, will more extreme climates select for fungi that tolerate stress well, but cannot decompose dead material as efficiently?” says Treseder. “If so, then their production of carbon dioxide might decrease, slowing climate change.”

To answer these questions, Treseder traveled to Alaska and Costa Rica. Experiments were set up in Alaskan Boreal forests and the cloud forests of Costa Rica. “

“We chose these locations because they are both endangered by climate change,” says Treseder. “Northern ecosystems are warming particularly fast. Clouds are disappearing from the mountaintops of Costa Rica.”

Treseder and colleagues exposed areas of the forests to drought-like conditions or more mellow environments. They collected soil samples from the different experimental areas.

Then they analyzed products made by fungal genes. These gene products served as indicators for whether the fungi were investing more resources toward decomposition or strengthening cell walls.

“We found that where drought stress increased, the amount of fungi that invested more in strengthening cell walls and less in decomposition tended to increase,” says Treseder. In contrast, in more moderate conditions, the reverse occurred. Fungi that decomposed more efficiently became more common.

These findings suggest that fungi might store more carbon as global climate becomes more extreme. On the other hand, they might release more carbon dioxide in moderate climates. “These opposing feedbacks would not have been apparent without examining trade-offs among fungal traits,” says Treseder.

Treseder is working to incorporate these findings into new and existing models of climate change. One particular area of focus are Earth system models that the Intergovernmental Panel on Climate Change uses for its official predictions. “We hope our research improves predictions of future trajectories of climate change,” says Treseder.

Scienmag Jul 31, 2019
Medical residencies starting during summer months has no effect on quality of treatment in hospital operating…