A study involving Gustavo Deco, ICREA research professor and director of the Center for Brain and Cognition, published in the journal NeuroImage 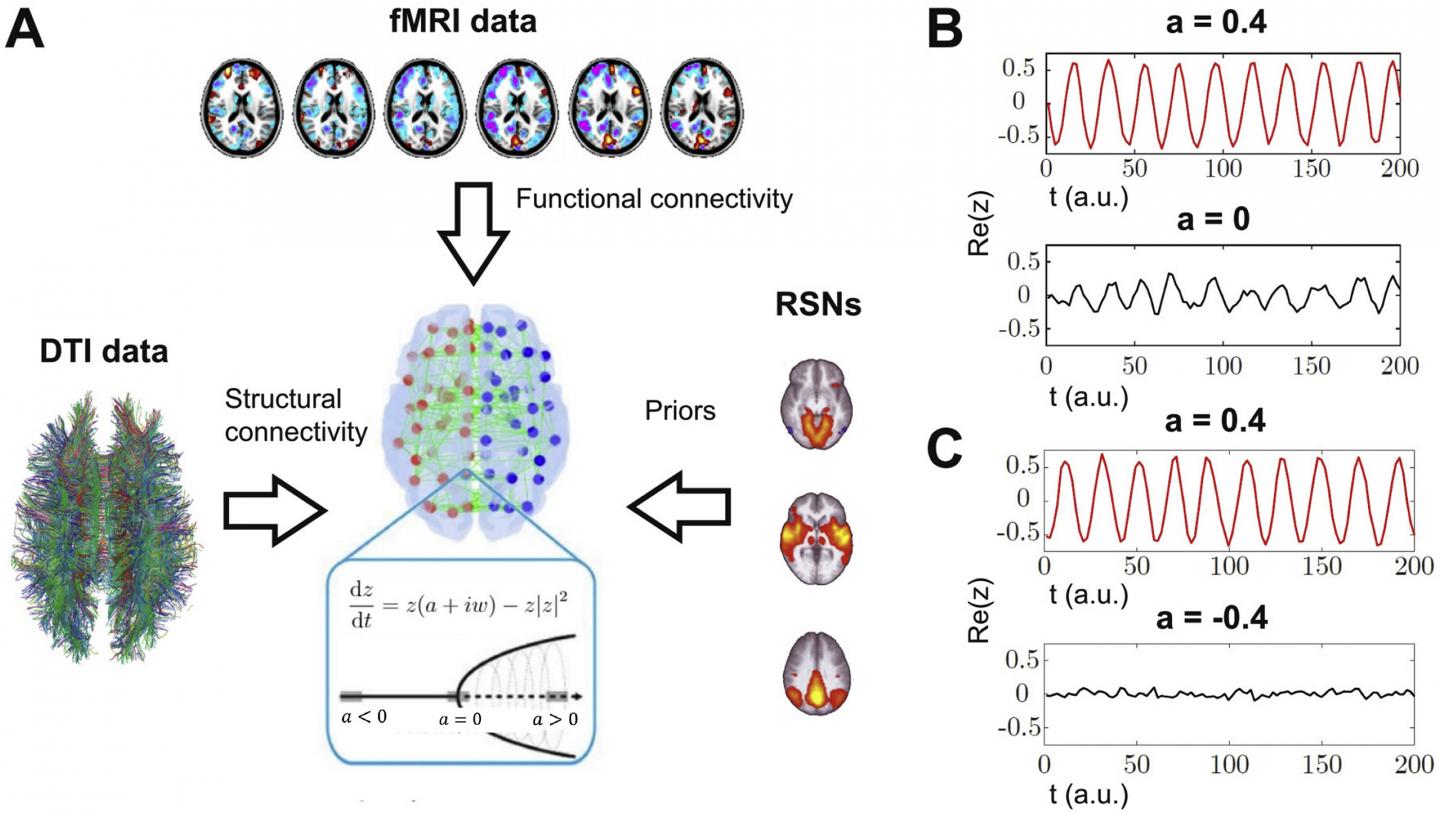 The human brain is a complex system comprising 1010 non-linear units (neurons) that interact in 1015 sites (synapses). Considering such an astonishing level of complexity and heterogeneity, it is surprising that the global dynamics of the brain self-organize into a discrete set of well-defined states.

These states are frequently placed along a unidimensional continuum. This continuum corresponds to the level of consciousness, which is reduced in states such as sleep, general anaesthesia or post-comatose disorders. The intuition behind the concept of “level of consciousness” is that consciousness is graded and uniform.
An alternative to this conception is the multidimensional and mechanistic characterization in brain states in terms of cognitive capacities, using computational models to reproduce the underlying neural dynamics.
This is the focus of a study published in the advanced online edition of the journal NeuroImage. In this international study, the first author is Ignacio Pérez Ipiña, a researcher in the Department of Physics at the University of Buenos Aires, who enjoyed the collaboration of Gustavo Deco, ICREA research professor at the Department of Information and Communication Technologies (DTIC) and director of the Center for Brain and Cognition (CBC), at UPF, along with other researchers from research centres and universities in Germany, Argentina, Australia, Chile, Denmark and the UK.

The experimental protocol involved participation by a cohort of 63 healthy subjects. “We explore this alternative by introducing a semi-empirical model linking regional activation and long-range functional connectivity in the different brain states studied during the natural wake-sleep cycle”, the authors claim. “Our model combines functional magnetic resonance imaging (fMRI) data, in vivo estimates of structural connectivity, and anatomically-informed priors to constrain the independent variation of regional activation”, they add.
The functional segregation of the human brain into systems that are differentially activated during cognition has been known since the earliest days of neurology, and this knowledge was greatly advanced by the introduction of non-invasive neuroimaging tools. Due to this specialization, even if different brain states bring about global changes in brain metabolism, the functional consequences of these changes are likely to manifest regional dependence. Thus, “we performed a computational simulation of functional connectivity for the different levels of arousal in the wake-deep sleep progression”, Gustavo Deco clarifies.

The best computational fit to the empirical data was achieved using priors based on functionally coherent networks, with the resulting model parameters dividing the cortex into regions presenting opposite dynamical behaviour. In this study, frontoparietal regions approached a bifurcation from dynamics at a fixed point governed by noise, while sensorimotor regions approached a bifurcation from oscillatory dynamics
“In agreement with human electrophysiological experiments, sleep onset induced subcortical deactivation, which was subsequently reversed for deeper stages. We simulated external perturbations, and identified the key regions relevant for the recovery of wakefulness from deep sleep. Our model represents sleep as a state with diminished perceptual gating and the latent capacity for global accessibility that is required for rapid arousals”, Deco explains.
In conclusion, the study authors implemented a computational model that synthesizes different sources of empirical data to achieve a mechanistic and multidimensional description of the intermediate complexity of the different brain states visited during the progression from wakefulness to deep sleep. This research shows that using the proposed model, states of consciousness can be described in terms of multiple dimensions with interpretations given by the choice of anatomically-informed priors.