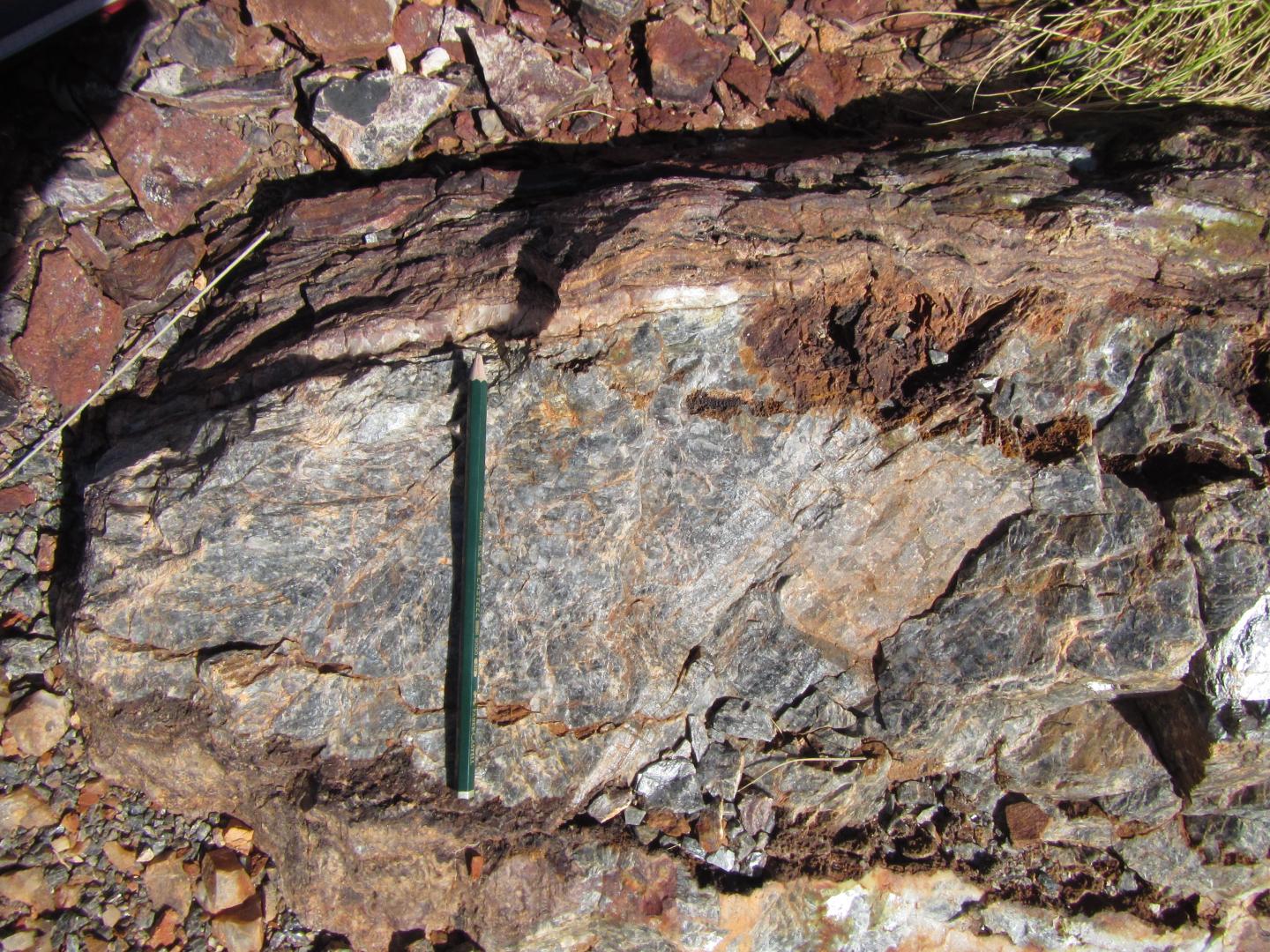 A research team including the geobiologist Dr. Helge Missbach from the University of Cologne has detected organic molecules and gases trapped in 3.5 billion-year-old rocks. A widely accepted hypothesis says that the earliest life forms used small organic molecules as building materials and energy sources. However, the existence of such components in early habitats on Earth was as yet unproven. The current study, published in the journal ‘Nature Communications‘, now shows that solutions from archaic hydrothermal vents contained essential components that formed a basis for the earliest life on our planet.

Specifically, the scientists examined about 3.5 billion-year-old barites from the Dresser Formation in Western Australia. The barite thus dates from a time when early life developed on Earth. ‘In the field, the barites are directly associated with fossilized microbial mats, and they smell like rotten eggs when freshly scratched. Thus, we suspected that they contained organic material that might have served as nutrients for early microbial life,’ said Dr. Helge Missbach of the Institute of Geology and Mineralogy and lead author of the study.

In the fluid inclusions, the team identified organic compounds such as acetic acid and methanethiol, in addition to gases such as carbon dioxide and hydrogen sulfide. These compounds may have been important substrates for metabolic processes of early microbial life. Furthermore, they are discussed as putative key agents in the origin of life on Earth. ‘The immediate connection between primordial molecules emerging from the subsurface and the microbial organisms – 3.5 billion years ago – somehow surprised us. This finding contributes decisively to our understanding of the still unclear earliest evolutionary history of life on Earth,’ Missbach concluded.