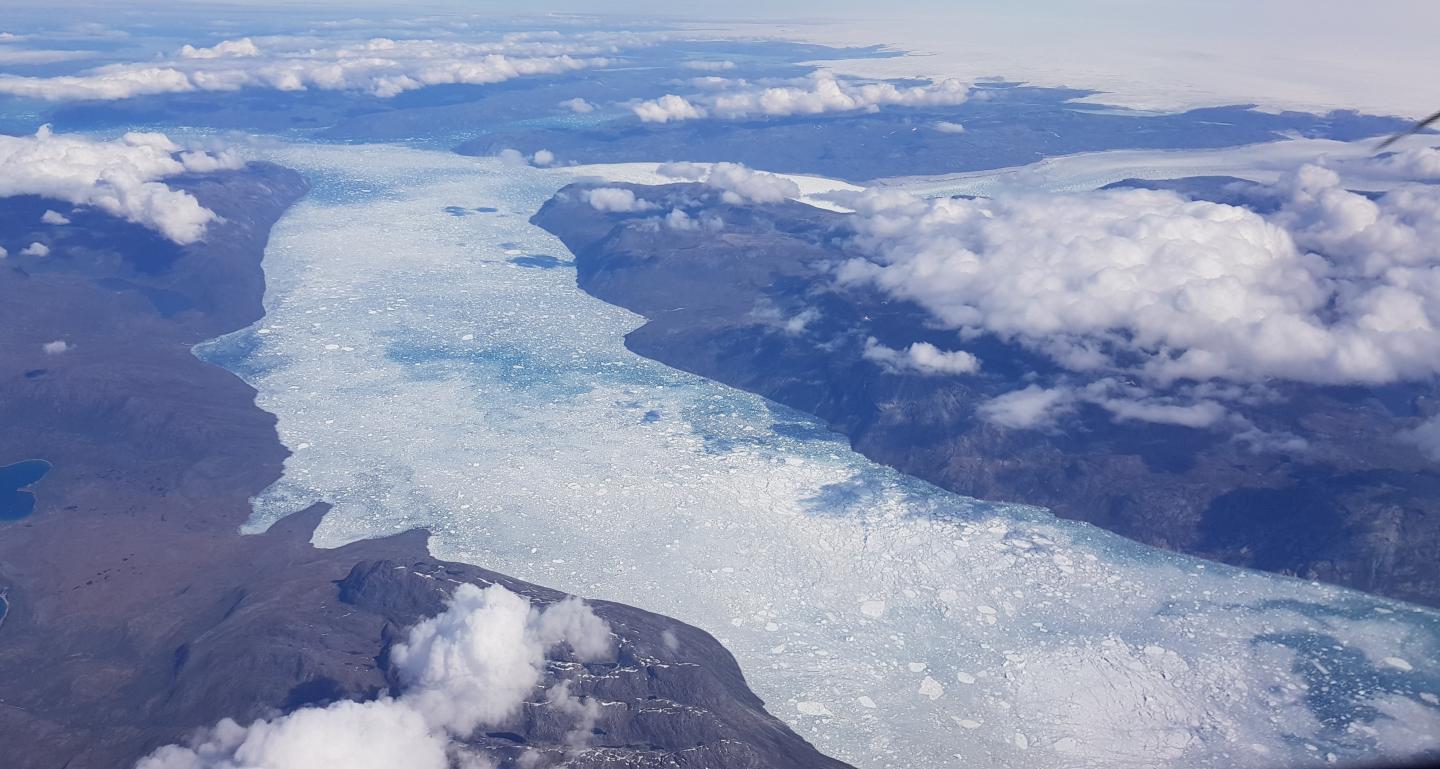 New research from Florida State University shows that concentrations of the toxic element mercury in rivers and fjords connected to the Greenland Ice Sheet are comparable to rivers in industrial China, an unexpected finding that is raising questions about the effects of glacial melting in an area that is a major exporter of seafood.

“There are surprisingly high levels of mercury in the glacier meltwaters we sampled in southwest Greenland,” said FSU postdoctoral fellow Jon Hawkings. “And that’s leading us to look now at a whole host of other questions such as how that mercury could potentially get into the food chain.”

The study was published today in Nature Geoscience.

Initially, researchers sampled waters from three different rivers and two fjords next to the ice sheet to gain a better understanding of meltwater water quality from the glacier and how nutrients in these meltwaters may sustain coastal ecosystems.

One of the elements they measured for was the potentially toxic element mercury, but they had no expectation that they would find such high concentrations in the water there.

Typical dissolved mercury content in rivers are about 1 – 10 ng L-1 (the equivalent of a salt grain-sized amount of mercury in an Olympic swimming pool of water). In the glacier meltwater rivers sampled in Greenland, scientists found dissolved mercury levels in excess of 150 ng L-1, far higher than an average river. Particulate mercury carried by glacial flour (the sediment that makes glacial rivers look milky) was found in very high concentrations of more than 2000 ng L-1.

With any unusual finding, the results raise more questions than answers. Researchers are unclear if the mercury levels will dissipate farther away from the ice sheet and whether this “glacier” derived mercury is making its way into the aquatic food web, where it can often concentrate further.

“We didn’t expect there would be anywhere near that amount of mercury in the glacial water there,” said Associate Professor of Earth, Ocean and Atmospheric Science Rob Spencer. “Naturally, we have hypotheses as to what is leading to these high mercury concentrations, but these findings have raised a whole host of questions that we don’t have the answers to yet.”

Fishing is Greenland’s primary industry with the country being a major exporter of cold-water shrimp, halibut and cod.

The finding underscores the complicated reality of rapidly melting ice sheets across the globe. About 10 percent of the Earth’s land surface is covered by glaciers, and these environments are undergoing rapid change as a result of rising temperatures. Scientists worldwide are working to understand how warming temperatures — and thus more rapidly melting glaciers — will affect geochemical processes critical to life on Earth.

“For decades, scientists perceived glaciers as frozen blocks of water that had limited relevance to the Earth’s geochemical and biological processes,” Spencer said. “But we’ve shown over the past several years that line of thinking isn’t true. This study continues to highlight that these ice sheets are rich with elements of relevance to life.”

Hawkings also said it was worth noting that this source of mercury is very likely coming from the Earth itself, as opposed to a fossil fuel combustion or other industrial source. That may matter in how scientists and policymakers think about the management of mercury pollution in the future.

“All the efforts to manage mercury thus far have come from the idea that the increasing concentrations we have been seeing across the Earth system come primarily from direct anthropogenic activity, like industry,” Hawkings said. “But mercury coming from climatically sensitive environments like glaciers could be a source that is much more difficult to manage.”

Hawkings was supported by a European Commission Horizon 2020 Marie Sklodowska-Curie Actions Fellowship and the Natural Environment Research Council (United Kingdom). Part of the research was conducted at the Florida State University-headquartered National High Magnetic Field Laboratory, funded by the National Science Foundation and the state of Florida.