Fruit flies respond to rapid changes in the visual environment 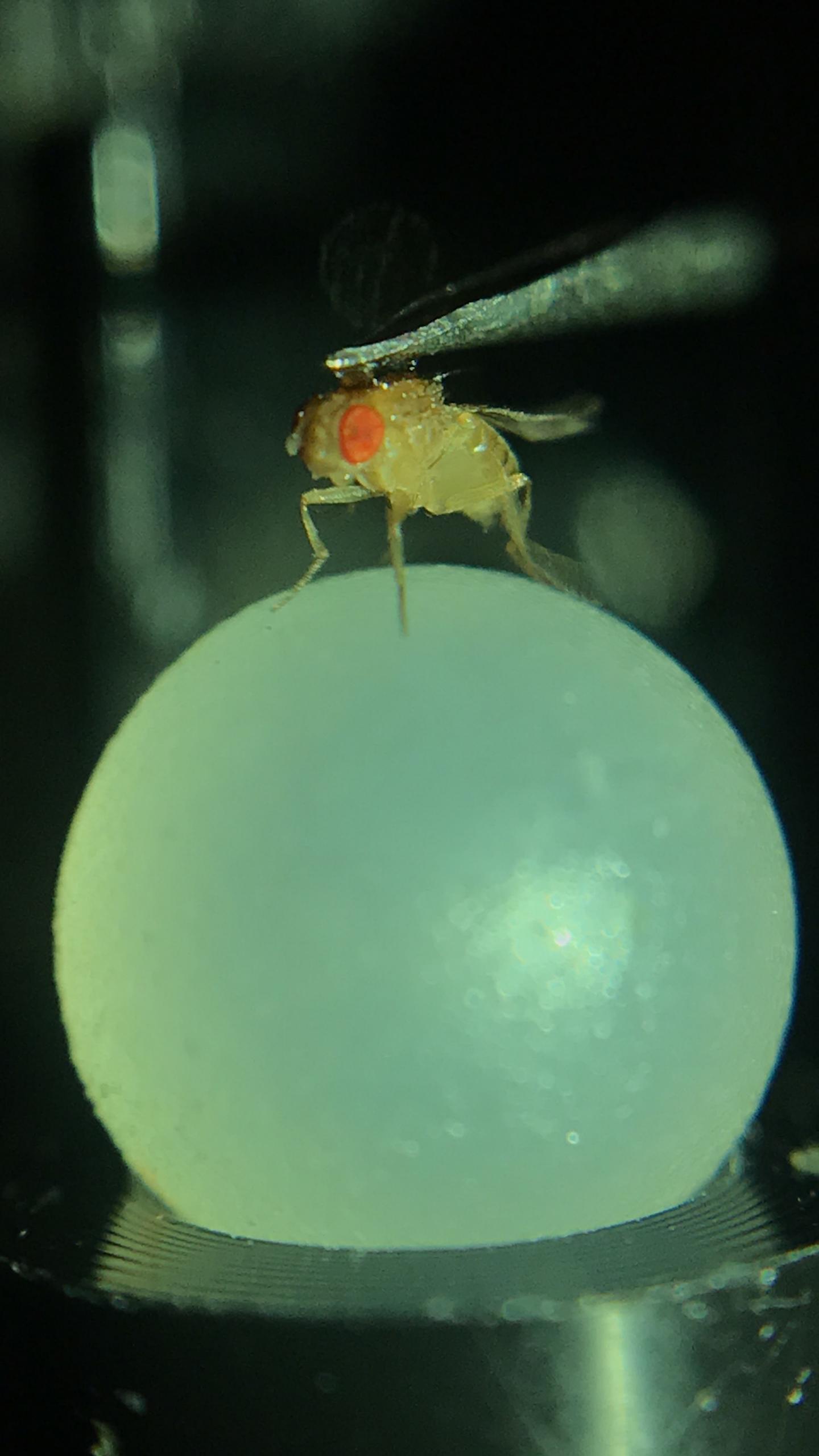 Vision is fundamentally based on the perception of contrast. When light conditions change, the eye needs a certain period of time to adapt and restore its ability to estimate contrast correctly. These processes are relatively well understood. However, researchers at Johannes Gutenberg University Mainz (JGU) have now discovered a mechanism employed by the fruit fly Drosophila melanogaster that broadens our understanding of visual perception. Their results explain why the eye can correctly evaluate contrast, even in suddenly changing light conditions. “Fruit flies can do this because they have nerve cells in their visual system that react to luminance. These nerve cells make it possible for the flies to adjust their behavior when visual stimuli dynamically change,” explained Professor Marion Silies, head of the research project at JGU.

Sensory systems of living organisms have evolved in a way that they tend to note changes rather than absolute sensory inputs. “For example, you might well forget that you’re wearing a necklace during the day, but if an insect lands on your skin you feel it immediately,” added Silies. Vision works in the same way, as it is adaptable and designed to respond to changes in the environment. Many nerve cells respond to contrasts rather than to luminance itself. That is why many animals have visual systems that work particularly well at dawn, at dusk, in daylight, or in a rapidly changing environment.

The performance of photoreceptors in the retina plays a key role in both vertebrates and invertebrates. These photoreceptors ensure that contrast is detected regardless of the background luminance. However, this retinal adaptation alone cannot explain the mechanism that copes with sudden changes, such when, for example, an animal moves rapidly or when viewing an object moving from bright sunlight into a shadow. In such cases, background luminance can change within milliseconds.

During their investigation of Drosophila, Professor Marion Silies and her team of neuroscientists have focused on the processes that take place directly downstream of the photoreceptors in the nervous system. They paid particular attention to the pathways involving the lamina neurons that are specialized to detect an increase or decrease in contrast. “Here, we uncovered a luminance-sensitive pathway in the Drosophila visual system. Contrast-sensitive neuronal responses alone are insufficient to account for behavioral responses to changing visual stimuli, arguing for the presence of a corrective signal that scales contrast-sensitive responses when background luminance suddenly declines,” the authors write in their article for Current Biology. “We have been able to show that information about luminance acts as a corrective signal which intervenes when it suddenly goes dim. This implies that information about luminance is needed in order to accurately recognize contrasts,” added lead author Madhura Ketkar. To date, it had been assumed that the relative contrast conveyed by other lamina neurons was alone necessary in order to see accurately in rapidly changing light conditions, making it possible to correctly compute visual responses when, for instance, a football moves from light into the shade.

The neurobiologists were able to demonstrate this by measuring the calcium signals in the nerve cells with the help of two-photon microscopy. This technique enabled them to determine the activity of individual nerve cells in live fruit flies. “Our measurements showed that there are cells which react to luminance and not contrast,” emphasized Silies. The team confirmed these findings by behavioral experiments in which the flies were made to walk on a small air-cushioned ball in front of a dynamically changing background. “We were also able to clearly demonstrate that these luminance-sensitive cells are necessary for the fly to respond when the background quickly turned dim,” Silies continued. When L3 lamina neurons were not active, there was no appropriate behavioral response.

The researchers have thus identified a new mechanism that explains how correct image processing occurs in dynamically changing light conditions. Sensitivity to contrast alone is not sufficient to account for behavioral responses to visual stimuli. The researchers conclude that light intensity, the primary input signal for the visual system, is also a crucial factor for correctly controlling behavioral responses to visual inputs. They propose that this is a general visual processing strategy that is also likely to be used by the human eye.

Since 2019, Marion Silies has been Professor of Neurobiology at the Faculty of Biology and a Fellow of the Gutenberg Research College (GRC) at Johannes Gutenberg University Mainz.

Graphene, quantum and the brain: Put them together and what do you…