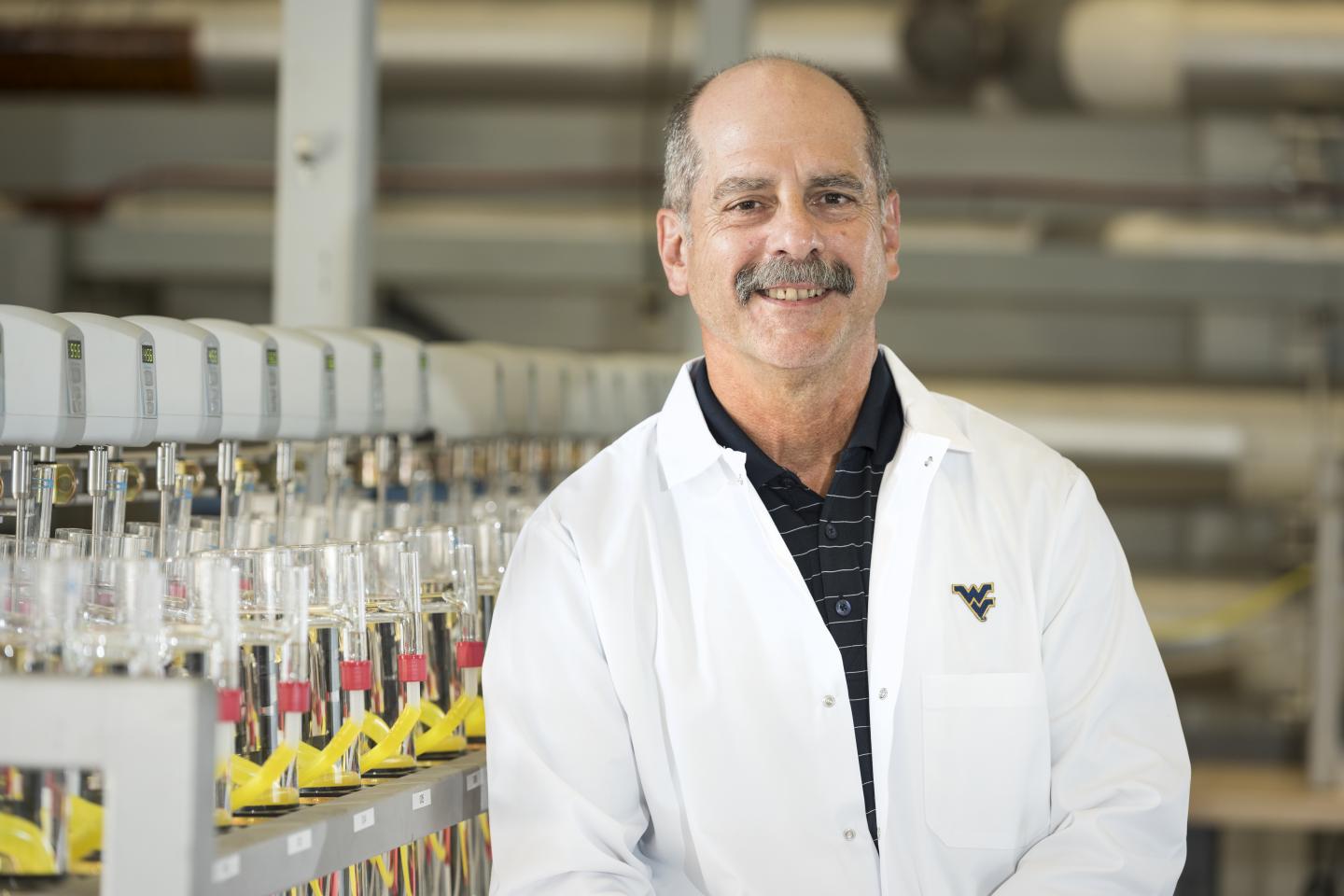 Water researchers at West Virginia University hope to turn a pollutant – acid mine drainage – into a technological resource through the continuation of a $2.1 million contract from the National Energy Technology Laboratory.

The West Virginia Water Research Institute, a program of the Energy Institute at WVU, earned the funding to explore a nationwide supply chain, based on acid mine drainage treatment, that would produce at least 400 tons of rare earth elements and critical materials each year.

The project inches WVU closer to producing rare earth element technologies, which power everything from smartphones to the nation’s missile guidance system.

“We’re partnered with the WV Department of Environmental Protection to build a pilot plant that will treat acid mine drainage while producing about one ton per year of rare earth and critical mineral concentrate,” said Paul Ziemkiewicz, WVWRI director and principal investigator. “NETL wants us to take it to the next step and assess the feasibility of a national supply chain based on our technology. Mine drainage treatment plants like this would be part of that supply chain.”

The process will collect acid mine drainage from the Northern and Central Appalachian Coal Basin, treat it to meet clean water standards and harvest the rare earth elements and the critical minerals cobalt and manganese. Acid mine drainage treatment plants would feed the resulting concentrates into a central facility. The NETL contract will be used to conduct a feasibility study on a potential site for this facility.

Establishing a national supply chain for rare earth elements would help address at least two of the nation’s most pressing challenges — water pollution and dependence on imports, Ziemkiewicz stated.

About 15,000 tons of rare earth elements are used annually in the U.S., although the country imports nearly all of them. China produces more than 80 percent of the world’s rare earth elements used in modern technologies such as phones, batteries, TVs and medical and defense applications.

Rare earth metals consist of 17 chemically similar elements at the bottom of the periodic table, such as neodymium and dysprosium. Despite their name, they’re not “rare” but they are rarely found in high concentrations and they are hard to extract.

“Acid mine drainage happens when coal waste rock weathers and forms sulfuric acid,” Ziemkiewicz explained. “The acid leaches all manner of metal pollutants out of rock, so why wouldn’t it leach rare earths? Mother Nature does that heavy lifting for free. Fortunately, AMD is, in fact, enriched in rare earth elements and critical materials in an easily recovered form. Best of all, you can’t recover them without treating AMD to environmental standards. Our byproduct is clean water.”

Ziemkiewicz called acid mine drainage the most urgent water pollution problem in the Appalachian Coal Basin and metal mining districts in the western U.S.

His team’s efforts date back to 2016 when the U.S. Department of Energy requested ideas to recover rare earth elements from coal and coal waste. Around that time, his team examined 120 acid mine drainage treatment sites throughout West Virginia, Pennsylvania, Maryland and Ohio. They found that acid mine drainage could produce up to 2,200 tons of rare earth elements per year in those states.

Joining Ziemkiewicz on this project are Aaron Noble, of Virginia Tech, and Tom Larochelle, of Process Engineering Associates.

Partners include Continental Heritage and Montana Resources, a large copper mine in Butte, Montana and operator of its Berkeley Pit AMD facility.

“Throughout the history of this great country, mining of all forms has been critical to the economic development, national security and social prosperity that we enjoy today,” said Mark Thompson, vice president of environmental affairs for Montana Resources, LLP. “However, historic mining has often left behind an impactful legacy. Projects such as this one being undertaken at WVU have the potential to transform negative mining legacies into the raw materials necessary to sustain this nation.”

“This project will solidify WVU’s position as the leader in the recovery and processing of rare earth elements,” said Gary White, former Marshall University president and a consultant on the project. “This project’s contribution to national security and the local economy will be significant.”