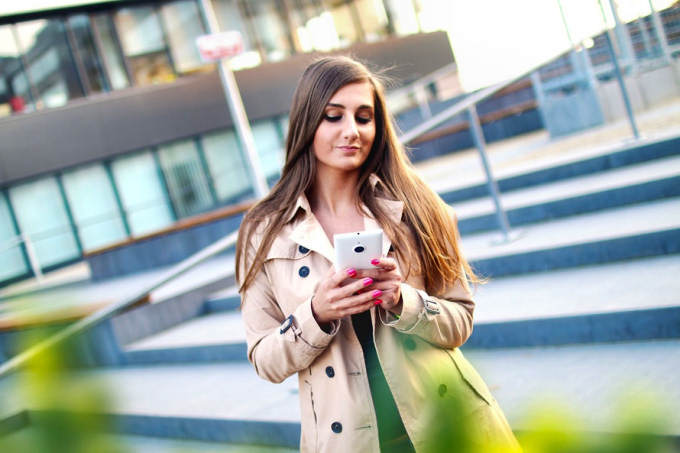 PITTSBURGH–Personal interactions on Facebook can have a major impact on a person’s feelings of well-being and satisfaction with life just as much as getting married or having a baby, a new study by Carnegie Mellon University and Facebook researchers shows.

But not just any interaction has these positive effects. Passively reading posts or one-click feedback such as “likes” don’t move the needle. What really makes people feel good is when those they know and care about write personalized posts or comments.

“We’re not talking about anything that’s particularly labor-intensive,” said Moira Burke, a research scientist at Facebook who earned a Ph.D. in human-computer interaction at Carnegie Mellon. “This can be a comment that’s just a sentence or two. The important thing is that someone such as a close friend takes the time to personalize it. The content may be uplifting, and the mere act of communication reminds recipients of the meaningful relationships in their lives.”

The findings by Burke and Robert Kraut, a professor in CMU’s Human-Computer Interaction Institute, run counter to many previous studies based on user surveys, which often have shown that time spent on social media is associated with a greater likelihood of loneliness and depression.

“You’re left to wonder — is it that unhappy people are using social media, or is social media affecting happiness?” Kraut said.

The new study was able to resolve this “chicken-or-egg” dilemma by using Facebook logs to examine counts of participants’ actual Facebook activity.– over a period of months. All participants opted in to the study and their data were de-identified and analyzed in aggregate. The content of the users’ interactions was not analyzed.

In addition to being more accurate than relying on people’s recollections of their online activity via commonly used surveys, this enabled Burke and Kraut to distinguish between types of activity — posting, passive reading, comments, likes, etc. — and whether the interactions were with people whom the users cared about or with lesser acquaintances. Previous studies have tended to lump together all social media activity and communication with close friends and acquaintances.

“It turns out that when you talk with a little more depth on Facebook to people you already like, you feel better,” Kraut said. “That also happens when people talk in person.”

“This suggests that people who are feeling down may indeed spend more time on social media, but they choose to do so because they’ve learned it makes them feel better,” Burke said. “They’re reminded of the people they care about in their lives.”

The study, published by the Journal of Computer-Mediated Communication, was based on 1,910 Facebook users from 91 countries who were recruited with Facebook ads. Each agreed to take a monthly survey for three months and to have their responses joined with de-identified counts of their Facebook behavior from the month before each survey.

By considering mood and behavior over time, Burke and Kraut’s study revealed that Facebook interactions with friends predicted improvements in such measures of well-being as satisfaction with life, happiness, loneliness and depression. Their research method allowed them to rule out possibilities that happier people simply use Facebook more or that well-being predicts changes in how people use the medium.

Although this research did not use a random-assignment experiment, the gold standard for assessing causality, it examined the relationship between social media use and well-being over time and, by doing so, comes closer to establishing a causal relationship than can be shown using the one-time surveys common in most studies on this topic.

The National Science Foundation and Google supported this research.

About Carnegie Mellon University: Carnegie Mellon is a private, internationally ranked research university with programs in areas ranging from science, technology and business, to public policy, the humanities and the arts. More than 13,000 students in the university’s seven schools and colleges benefit from a small student-to-faculty ratio and an education characterized by its focus on creating and implementing solutions for real problems, interdisciplinary collaboration and innovation.