Analysis of 13,000-year-old fossils suggest photonic nanostructures in insects, which create colorful iridescent colors, may have originated as a means of camouflage 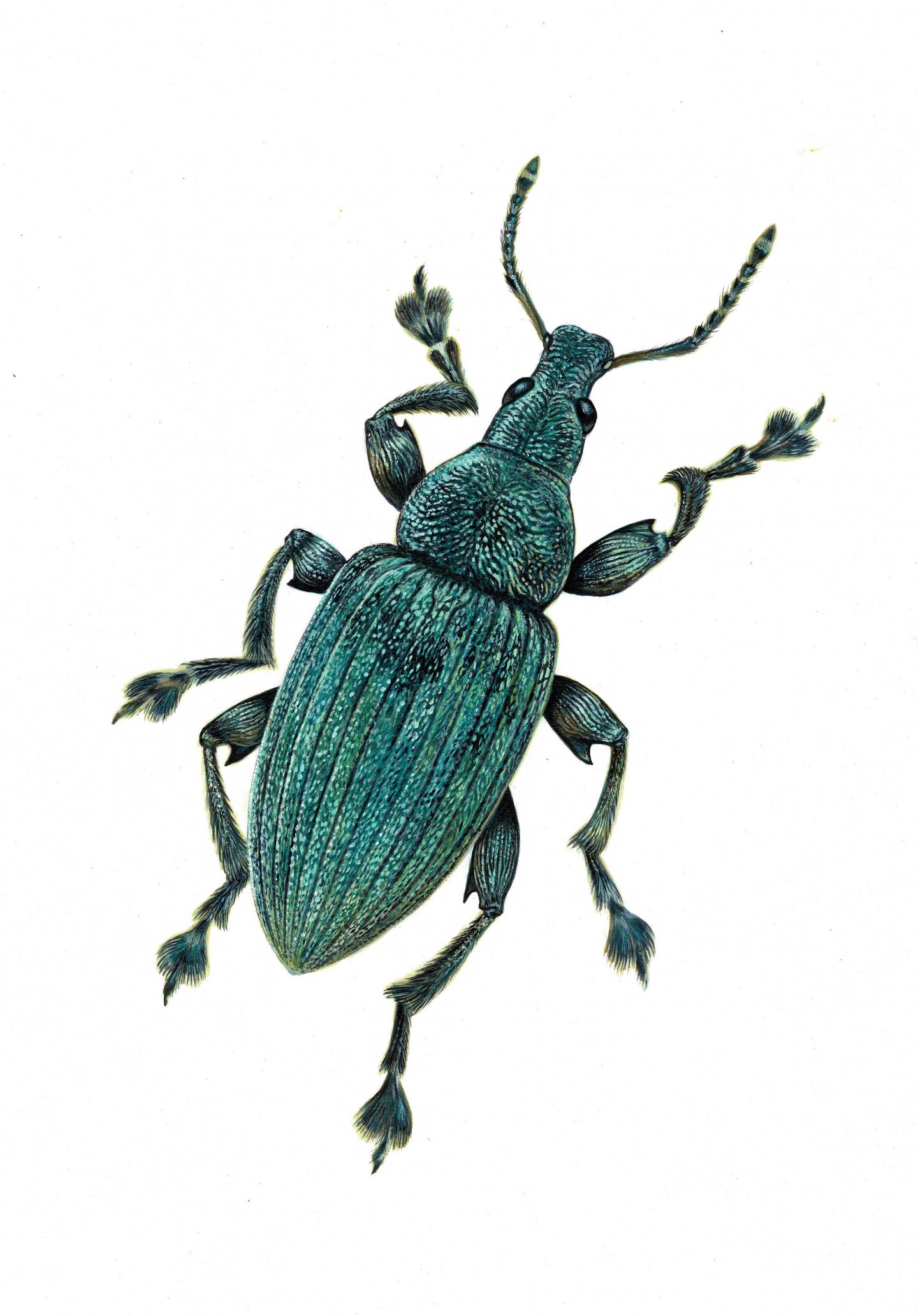 Researchers from Yale-NUS College in Singapore and University College Cork (UCC) in Ireland have analysed preserved scales from wing cases of two fossil weevils from the Late Pleistocene era (approx. 13,000 years ago) to better understand the origin of light-scattering nanostructures present in present-day insects.

The researchers, led by Yale-NUS Assistant Professor of Science (Life Sciences) Vinod Kumar Saranathan and UCC paleobiologists Drs Luke McDonald and Maria McNamara, found that the wing cases of the fossil weevils contained preserved photonic ‘diamonds’, one of the many types of crystal like nanoscopic structure that interacts with light to produce some of the brightest and purest colours in nature.

The outer coverings of many insects comprise repeating units arranged in a crystalline formation that interact with visible light to produce structural colours, which typically have a metallic, iridescent appearance. For many of these insects, the iridescent colours perform a variety of functions including camouflage, signalling potential mates, and warning off predators. To date, the evolutionary history of these complex tissue structures has not been clearly defined. This study highlights the great potential of the fossil record as a means to unearth the evolutionary history of structural colours, not only in weevils but also in other insects, and paves the way for further research on the development of these light-scattering nanostructures and the vibrant colours they give rise to.

The fact that very similar substrate-matching green colours have been maintained over hundreds of thousands of generations suggest that the same selective pressures for camouflage have been acting on these weevils. This is consistent with a recent study by Asst Prof Saranathan and weevil systematist Dr Ainsley Seago that suggests the weevils’ colours evolved initially for camouflage amongst their leafy background, before diversifying for other functions such as to signal potential mates or deter predators.

Asst Prof Saranathan, who holds a concurrent appointment at the National University of Singapore’s Department of Biological Sciences, said, “It is very interesting to discover that insects first seem to evolve complex 3D nanoscale architectures in order to escape predators by blending in with their background (usually brown or green). Only later do these colours diverge for other uses, such as signalling potential mates or as a warning to predators that the insect is not worth eating.”

The paper has been published in the Royal Society journal Biology Letters and is available online.