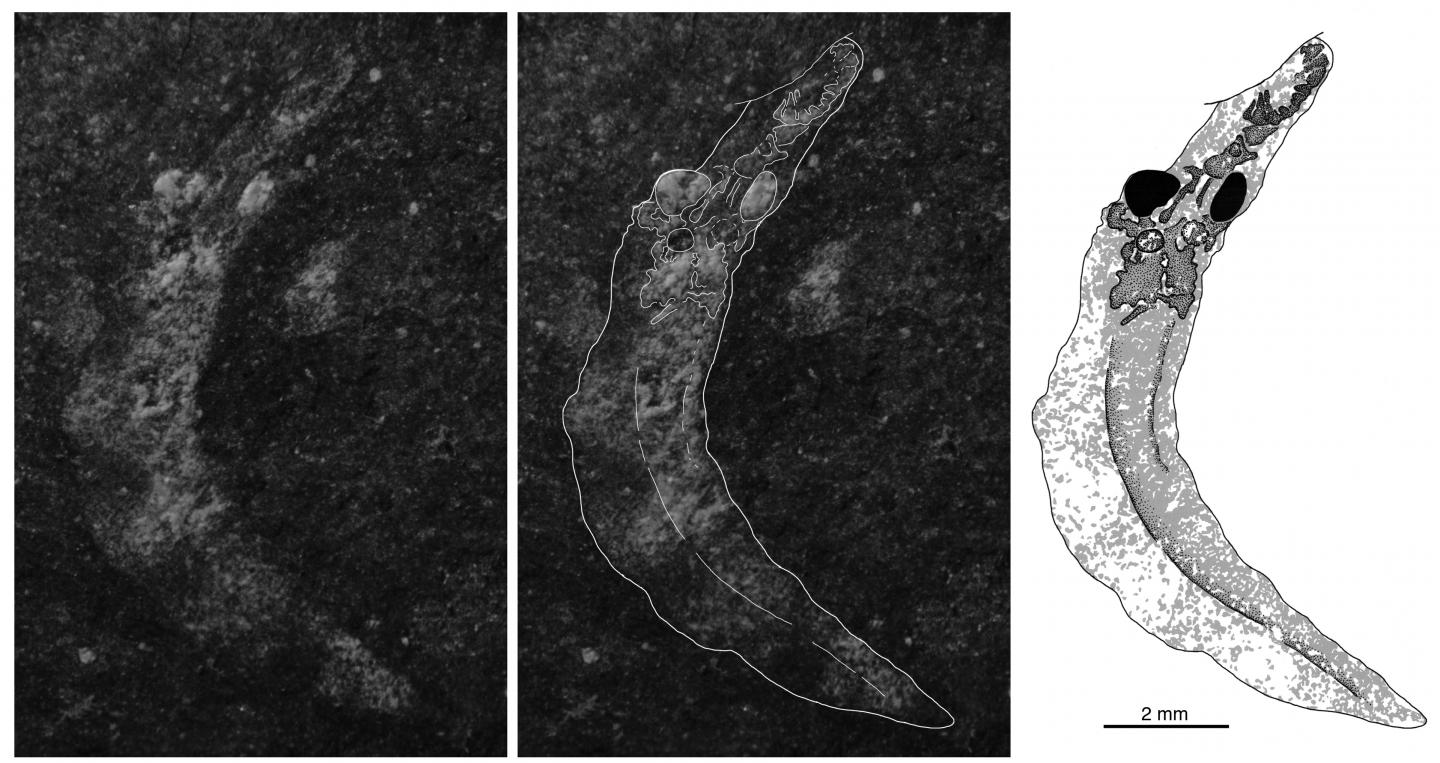 The unprecedented discovery of an ancient lamprey growth series, published in the prestigious scientific journal, Nature, is overturning long-held ideas as to what modern lampreys may tell us about the origin of vertebrates (all animals with a backbone such as goldfish, lizards, crows and people).

“Lampreys and modern hagfish are the only jawless fish alive that branched off from the family tree of vertebrates before they got jaws,” says Dr Rob Gess from the Albany Museum in Makhanda, who discovered the ancient fossils. “This makes them very interesting for researchers attempting to understand the earliest stages of vertebrate history.”

Until now, it was commonly believed that modern lampreys were swimming time capsules that could give unique insights into the biology and genome (DNA) of a truly ancient lineage.

This belief was supported by the discovery, published in Nature in 2006, of an exquisitely preserved lamprey fossil (Priscomyzon) at the 360-million-year-old Waterloo Farm black shales near Makhanda/Grahamstown, South Africa. The discovery was met with excitement worldwide as it was the oldest lamprey ever found, yet it appeared to have been essentially almost identical to modern adult lampreys. Modern lampreys are bizarre fish, eel-like in shape, that feed by latching onto other fish with a sucker around their mouth, securing their grip with circles of teeth and then drinking their victim’s blood after rasping a hole with special teeth on their tongue. Therefore, adult lampreys are clearly successful, having arisen before the first four-legged-animals moved onto land and survived, with little change, ever since.

In many ways, modern lampreys indeed provide unique insights into their ancient ancestry. But new evidence shows that this is not the case when it comes to the juvenile larval stage.

Since the 19th century, biologists have treated the larvae/juveniles of modern lampreys as a relic of deep evolutionary ancestry. These blind, filter-feeding, worm-like larvae (ammocoetes) burrow in stream beds and filter water for minute food particles before slowly transforming into free-swimming, eyed, actively feeding adults. Crucially, this strange life history was thought to echo transformations some 500 million years ago, which gave rise to all fish lineages, including the one that ultimately led to humans. Hence, the last invertebrate ancestor of vertebrates is often portrayed as ammocoete-like, and the earliest vertebrate as being lamprey-like. But for this to be a reasonable model, both ammocoetes and lampreys would need to hark back to the dawn of our (vertebrate) history.

However, the new fossil discoveries contradict the conventional wisdom that our long chain of ancestors ever included a lamprey-larva-like fish. Painstaking excavation of shale samples from Waterloo Farm has revealed a growth series of Priscomyzon illustrating its development from hatchling to adult. Remarkably, the smallest preserved individuals, barely 15mm in length, still carried a yolk sac, signalling that these had only just hatched before entering the fossil record.

Of crucial importance: even the hatchlings were already sighted with large eyes and armed with a toothed sucker, much like the blood-sucking adult phase of modern lampreys, and completely unlike their modern larval counterparts. This drastically different structure of ancient lamprey infants provides evidence that modern lamprey larvae are not evolutionary relics. Instead, the modern filter-feeding phase is a more recent innovation that allowed lampreys to populate and thrive in rivers and lakes. A less complete (previously unpublished) partial growth series of three types of slightly younger lampreys from North America support the finding. Therefore, distant human ancestry seemingly did not include a lamprey-larva-like stage. Modern lampreys now appear to be a highly evolved side branch, which shared a common ancestor with us – probably a jawless fish enclosed in bony armour.

Truly a new entry for the textbooks.