Clauser was a postdoctoral researcher at the Department of Energy’s Lawrence Berkeley National Laboratory and UC Berkeley from 1969 to 1975. He conducted this research in the early 1970s with the late Stuart Freedman, who was then a graduate student and who would become a world-renowned physicist in Berkeley Lab’s Nuclear Science Division and professor of physics at the University of California at Berkeley. Freedman passed away in 2012. 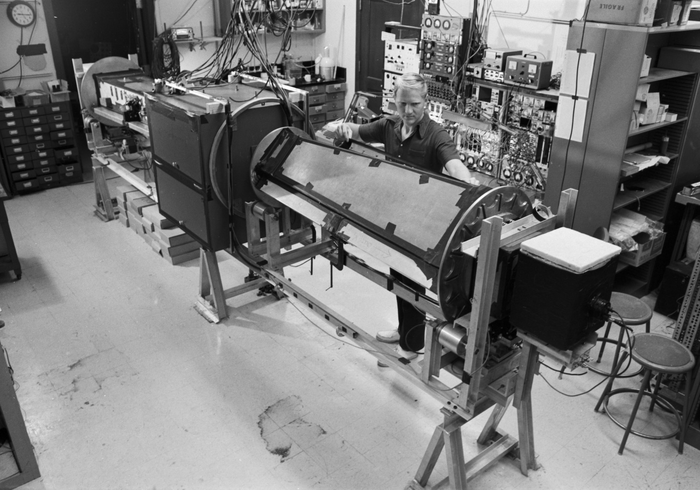 Clauser was a postdoctoral researcher at the Department of Energy’s Lawrence Berkeley National Laboratory and UC Berkeley from 1969 to 1975. He conducted this research in the early 1970s with the late Stuart Freedman, who was then a graduate student and who would become a world-renowned physicist in Berkeley Lab’s Nuclear Science Division and professor of physics at the University of California at Berkeley. Freedman passed away in 2012.

This brings the number of Nobel Prizes associated with Berkeley Lab research to fifteen.

“The experiment that Stuart Freedman and John Clauser did was so novel that it was completely underappreciated at the time,” said Berkeley Lab Director Mike Witherell. “It was ten years before physicists started to realize how quantum entanglement could be exploited. That was when the next decisive experiments were done, leading to the new quantum era we are now experiencing.”

Their work addressed whether quantum mechanics or a competing theory best explained what happened in the quantum world.

Importantly, this research was Freedman’s Ph.D. dissertation in 1972. “It’s amazing to note this work was done by early career scientists. Freedman’s thesis turned out to be a Nobel piece of work,” said Cahn.

Three main steps led to the discovery. The first was physicist John Bell showing there were real differences between conventional quantum mechanics and an alternative: hidden variable theory. This theory suggested that particles were created with certain hidden information that could be influencing experimental results.

Next came the “CHSH inequality” by Clauser and colleagues Michael Horne, Abner Shimony, and Richard Holt, which showed this difference was something you could measure experimentally. Their paper proposed a way to test Bell’s theorem.

Finally came the experiment, which used polarized photons from calcium atoms and was set up in a sub-basement in UC Berkeley’s Birge Hall. Freedman and Clauser reported their findings in a 1972 paper in Physical Review Letters, which noted the work was supported by the U.S. Atomic Energy Commission, the precursor to the Department of Energy.

According to background information provided by the Nobel Committee, “In 1972, along with doctoral student Stuart Freedman (1944–2012), he [Clauser] was able to show a result that was a clear violation of a Bell inequality and agreed with the predictions of quantum mechanics.”

“I’m very happy to win the prize, and it took some time for it to be recognized. Many people were skeptical of the research at the time,” Clauser said in a phone interview. “ I also am very appreciative of the support of LBL decades ago — without that support we would not have not been able to conduct the experiment.”

“It was a challenging experiment,” Clauser said in an interview with Adam Smith of Nobel Media. “I thought it was important at the time, even though everybody told me I was crazy.”

Clauser and Freedman’s results laid the groundwork for future investigations of quantum mechanics, including the two others recognized by this year’s Nobel Prize in Physics. In the 1980s, Alain Aspect performed more precise tests that closed some of the potential loopholes in the earlier experiment, again validating quantum mechanics. Anton Zeilinger further explored entanglement and made the first demonstration of quantum teleportation in 1997.

“This [Clauser and Freedman’s experiment] is very important because it goes to the heart of the phenomenon called entanglement,” said Dmitry Budker, a professor of physics at UC Berkeley and former Berkeley Lab faculty scientist. “This is the basis of what people now call the second quantum revolution.”

Founded in 1931 on the belief that the biggest scientific challenges are best addressed by teams, Lawrence Berkeley National Laboratory and its scientists have been recognized with 15 Nobel Prizes. Today, Berkeley Lab researchers develop sustainable energy and environmental solutions, create useful new materials, advance the frontiers of computing, and probe the mysteries of life, matter, and the universe. Scientists from around the world rely on the Lab’s facilities for their own discovery science. Berkeley Lab is a multiprogram national laboratory, managed by the University of California for the U.S. Department of Energy’s Office of Science.