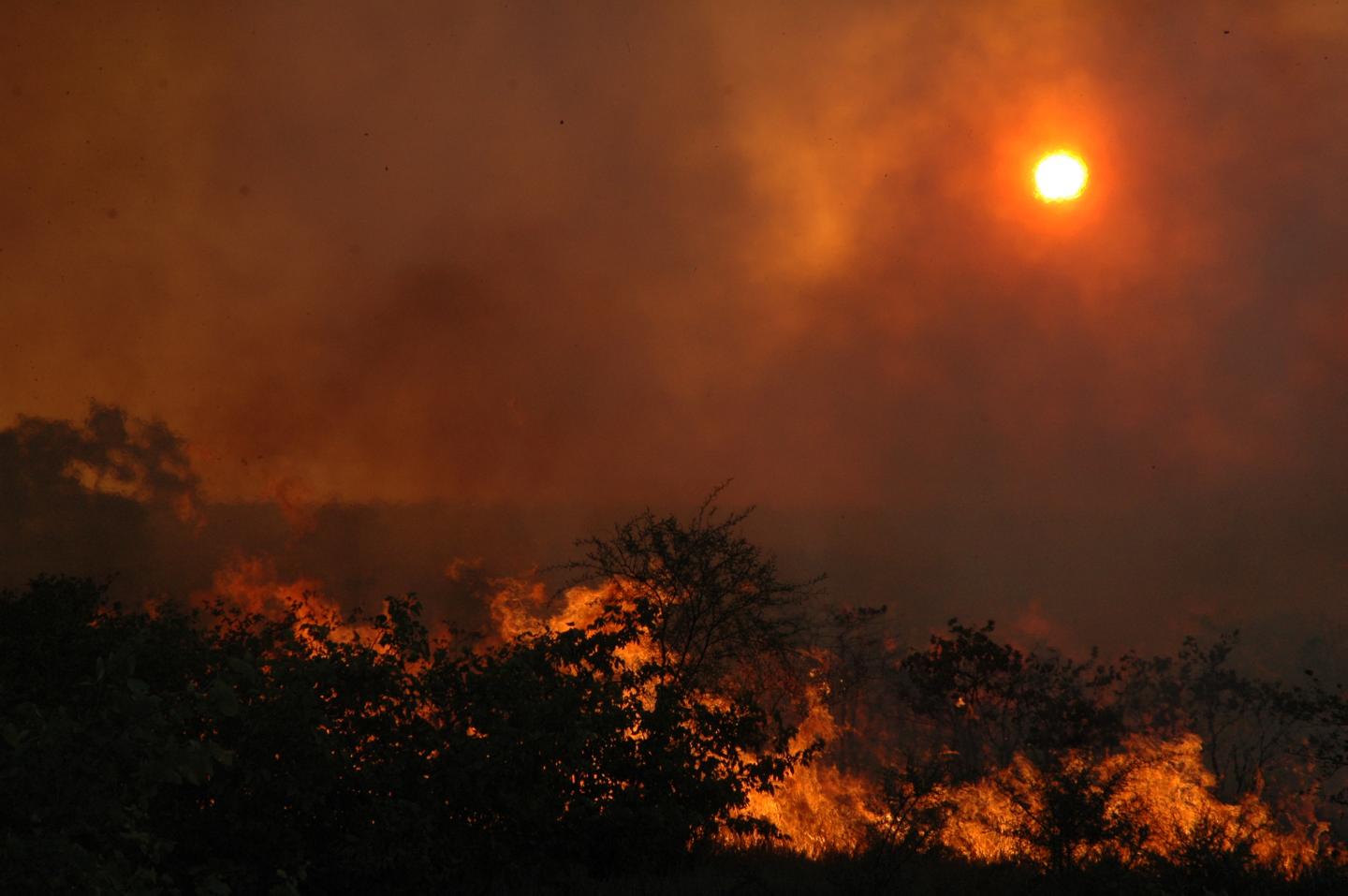 Researchers have analysed decades’ worth of data on the impact of repeated fires on ecosystems across the world. Their results, published today in the journal Nature Ecology and Evolution, show that repeated fires are driving long-term changes to tree communities and reducing their population sizes.

Savannah ecosystems, and regions with extreme wet or dry seasons were found to be the most sensitive to changes in fire frequency. Trees in regions with moderate climate are more resistant. Repeated fires also cause less damage to tree species with protective traits like thicker bark.

These effects only emerge over the course of several decades: the effect of a single fire is very different from repeated burning over time. The study found that after 50 years, regions with the most extreme annual fires had 72% lower wood area – a surrogate for biomass – with 63% fewer individual trees than in regions that never burned. Such changes to the tree community can reduce the forest’s long-term ability to store carbon, but may buffer the effect of future fires.

“Planting trees in areas where trees grow rapidly is widely promoted as a way to mitigate climate change. But to be sustainable, plans must consider the possibility of changes in fire frequency and intensity over the longer term,” said Dr Adam Pellegrini in the University of Cambridge’s Department of Plant Sciences, first author of the paper.

He added: “Our study shows that although wetter regions are better for tree growth, they’re also more vulnerable to fire. That will influence the areas we should manage to try and mitigate climate change.”

Past studies have found that frequent fires reduce levels of nutrients – including nitrogen – in the soil. The new study demonstrates that this can favour slower-growing tree species that have adaptations to help them survive with less nutrients. But these tree species also slow down nutrient cycling in the soil – they hold onto what they have. This can limit the recovery of the forest as a whole by reducing the nutrients available for plant growth after an intense fire.

Wildfires are playing an increasingly important role in global carbon emissions. Fire burns five percent of the Earth’s surface every year, releasing carbon dioxide into the atmosphere equivalent to 20% of our annual fossil fuel emissions.

In the past, the majority of carbon released by wildfires was recaptured as ecosystems regenerated. But the more frequent fires of recent years, driven by changes in climate and land use, don’t always allow time for this.

“As fire frequency and intensity increases because of climate change, the structure and functioning of forest ecosystems are going to change in so many ways because of changes in tree composition,” said Pellegrini.

He added: “More fire-tolerant tree species are generally slower growing, reducing the productivity of the forest. As climate change causes wildfires to become more intense and droughts more severe, it could hamper the ability of forests to recover – reducing their capacity for carbon storage.”

The study is the largest of its type ever to be undertaken. Researchers analysed data from a global network of 374 plots distributed across 29 sites throughout four continents, where plots have experienced different fire frequencies and intensities for multiple decades.

The network spans a broad geographical range of ecosystems from African and Australian savannahs and grasslands, to forests in Europe and North America. These are all ecosystems that experience natural burning, or would do if humans weren’t suppressing fires.