Forest soils need many decades to recover from fires and logging 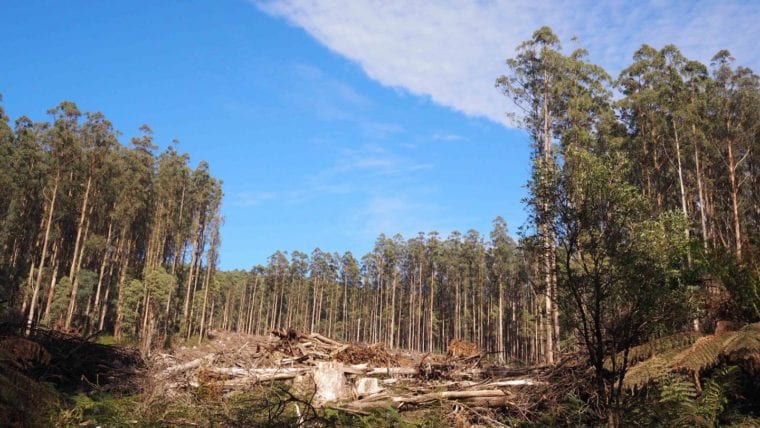 A landmark study from The Australian National University (ANU) has found that forest soils need several decades to recover from bushfires and logging – much longer than previously thought.

Lead researcher Elle Bowd from the ANU Fenner School of Environment and Society said the team found forest soils recovered very slowly over many years from these events – up to 80 years following a bushfire and at least 30 years after logging.

“We discovered that both natural and human disturbances can have incredibly long-lasting effects on forest soils that could impact plant communities and ecosystem function,” said Ms Bowd, who is the lead author of the ANU team’s Nature Geoscience paper.

Professor David Lindenmayer, also from the ANU team, said scientists had not known how long soils were impacted by bushfires and logging prior to this study.

“We thought forests could recover within 10 or 15 years, at most, after these sorts of events,” said Professor Lindenmayer from the ANU Fenner School of Environment and Society.

“Almost 99 per cent of Victoria’s Mountain Ash forests have either been logged or burnt in the past 80 years, so these forests are facing a huge uphill battle to restore themselves to their former glory.”

These forests generate nearly all of the water for the five million people living in Melbourne, store large amounts of biomass carbon and support timber, pulpwood and tourism industries.

“It’s very likely that other forests around the world are facing similarly big challenges in terms of soil recovery following bushfires and logging,” Ms Bowd said.

“Soil temperatures can exceed 500 degrees Celsius during high-intensity fires and can result in the loss of soil nutrients.

“Logging can expose the forest floor, compact soils, and alter soil structure, reducing vital soil nutrients. These declines are more severe in areas that have experienced multiple fires and logging.”

Big, old trees in these forests take more than a century to recover from disturbances, and forest soils may take a similar amount of time to be restored.

“To best preserve the vital functions soils have in forests, land management and policy need to consider the long-lasting impacts of disturbances on forest soils, and reduce future disturbances such as clearcut logging.”

Fenner School of Environment and Society

Fenner School of Environment and Society

Without habitat management, small land parcels do not protect birds

Modifying the structure to meet the demands