Researchers analyzed the effects of wildfires on plant cover and soil quality in the last 40 years. The findings of the study show that the forest is highly vulnerable even in well-conserved areas far from the ‘deforestation arc’. 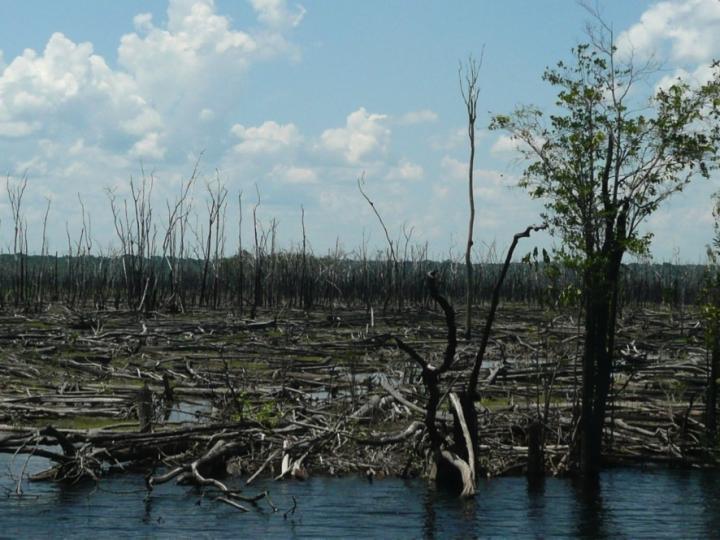 Agência FAPESP – White-sand savannas are expanding in the heart of the Amazon as a result of recurring forest fires, according to a study published in the journal Ecosystems.

The study was supported by FAPESP, and conducted by Bernardo Monteiro Flores, currently a postdoctoral fellow in ecology at the Federal University of Santa Catarina (UFSC) in Brazil, and Milena Holmgren, a professor in the Department of Environmental Sciences at Wageningen University in the Netherlands.

“The edges of the Amazon Rainforest have long been considered the most vulnerable parts owing to expansion of the agricultural frontier. This degradation of the forest along the so-called ‘deforestation arc’ [a curve that hugs the southeastern edge of the forest] continues to occur and is extremely troubling. However, our study detected the appearance of savannas in the heart of the Amazon a long way away from the agricultural frontier,” Flores told Agência FAPESP.

The authors studied an area of floodplains on the middle Negro River near Barcelos, a town about 400 km upstream of Manaus, the capital of Amazonas state, where areas of white-sand savanna are expanding, although forest ecosystems still predominate. They blame the increasing frequency and severity of wildfires in the wider context of global climate change.

“We mapped 40 years of forest fires using satellite images, and collected detailed information in the field to see whether the burned forest areas were changing,” Flores said. “When we analyzed tree species richness and soil properties at different times in the past, we found that forest fires had killed practically all trees so that the clayey topsoil could be eroded by annual flooding and become increasingly sandy.”

They also found that as burnt floodplain forest naturally recovers, there is a major shift in the type of vegetation, with native herbaceous cover expanding, forest tree species disappearing, and white-sand savanna tree species becoming dominant.

Where do the savanna tree species come from? According to Flores, white-sand savannas are part of the Amazon ecosystem, covering about 11% of the biome. They are ancient savannas and very different from the Cerrado with its outstanding biodiversity, yet even so they are home to many endemic plant species. They are called campinas by the local population. Seen from above, the Amazon is an ocean of forest punctuated by small islands of savanna. The seeds of savanna plants are distributed by water, fish and birds, and are more likely than forest species to germinate when they reach a burnt area with degraded soil, repopulating the area concerned.

“Our research shows native savanna cover is expanding and may continue expanding in the Amazon. Not along the ‘deforestation arc’, where exotic grasses are spreading, but in remote areas throughout the basin where white-sand savannas already exist,” Flores said.

These two factors – a drier climate, and more severe and frequent fires – are already in play as part of the ongoing climate change crisis. The study shows that wildfires in the middle Negro area during the severe 2015-16 El Niño burned down an area seven times larger than the total area destroyed by fire in the preceding 40 years.

“The additional loss of floodplain forest could result in huge emissions of carbon stored in trees, soil and peatlands, as well as reducing supplies of resources used by local people, such as fish and forest products. The new discoveries reinforce the urgency of defending remote forest areas. For example, a fire management program should be implemented to reduce the spread of wildfires during the dry season,” Flores said.