Pulmonary arterial hypertension occurs when blood vessels in the lungs are blocked or destroyed, which can cause the heart to fail. 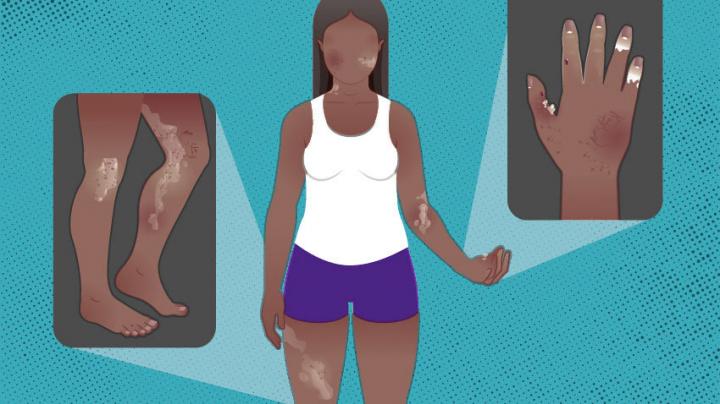 Screening for a sometimes fatal condition among patients with a rare autoimmune disease could soon – thanks to a computer algorithm – become even more accurate.

Researchers at Michigan Medicine found that an internet application improved their ability to spot pulmonary arterial hypertension in patients with systemic sclerosis, or scleroderma. The unpredictable condition is marked by tightening of the skin that can damage internal organs.

The algorithm, aptly named DETECT, outperformed standard methods used to identify the form of high blood pressure in the lungs that causes the heart to weaken and fail.

“We’ve been advocating for a long time that every scleroderma patient should be screened on an annual basis using DETECT, and this data supports that,” says Dinesh Khanna, M.B.B.S., M.Sc., senior author of the study and director of Michigan Medicine’s Scleroderma Program. “Pulmonary arterial hypertension is a leading cause of death for these patients, and we want to diagnose them early.”

The DETECT algorithm is a two-step algorithm that uses six different clinical variables to determine whether a patient requires an echocardiogram, or ultrasound, of the heart. The second step then informs whether the patient should be referred for a right heart catheterization.

Researchers found the algorithm correctly identified all 10 patients with pulmonary arterial hypertension in a study of 68 subjects.

“It didn’t miss a single patient; it can’t get better than that,” Khanna says. “This is a highly sensitive screening tool and can be very useful.”

Of the times DETECT identified signs of pulmonary hypertension during the study, however, only 20% of patients who had right heart catheterizations actually suffered the debilitating condition. Khanna says it’s better to be cautious.

“That’s the trade-off of having such a sensitive test,” he says. “The right heart catheterization is invasive, but because the mortality of [pulmonary arterial hypertension] is so high, and the prevalence is so high, the benefits outweigh the risks.”

Around 10% of patients with scleroderma, which affects around 70,000 people in the U.S. each year, develop pulmonary hypertension. Under current guidelines, physicians screening scleroderma patients for the condition observe an annual echocardiogram.

While it’s an effective diagnostic tool for symptomatic patients, the ultrasounds don’t predict the condition accurately in asymptomatic people or early in the disease, Khanna says. That inaccuracy motivated both him and principal investigator and rheumatologist Amber Young, M.D., to conduct the study.

“These ultrasounds miss around one in three patients who may have pulmonary arterial hypertension,” he says. “And by the time we diagnose a patient so late, the story is over – the patient will likely die in the next two or three years,” he says.

This study was the first that compared the algorithm to echocardiogram guidelines published in 2015. The research team hopes more physicians will consider using DETECT, allowing them to treat the complication earlier. And Khanna expects more studies will conclude with similar recommendations.

“I’m sure people around the globe will be doing this work and validating it,” Khanna says. “Early diagnosis and treatment of pulmonary arterial hypertension will lead to better outcomes, including improved quality of life and survival in people with scleroderma.”

Disclosure: Dr. Khanna has grant support from the NIH (National Institute of Arthritis and Musculoskeletal and Skin Diseases grants K24-AR-063120 and R01-AR-07047).