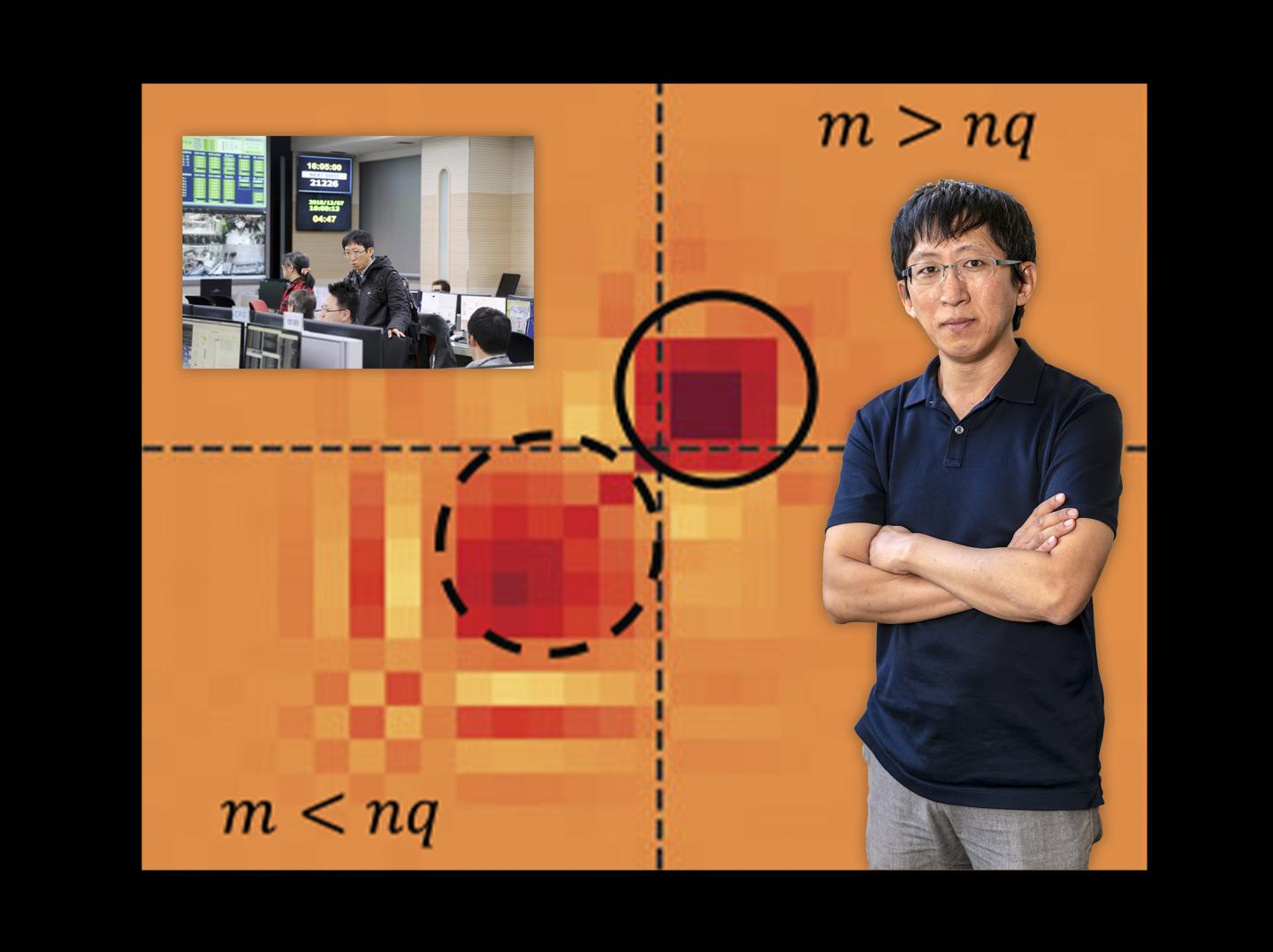 The process designed to harvest on Earth the fusion energy that powers the sun and stars can sometimes be tricked. Researchers at the U.S. Department of Energy’s (DOE) Princeton Plasma Physics laboratory have derived and demonstrated a bit of slight-of-hand called “quasi-symmetry” that could accelerate the development of fusion energy as a safe, clean and virtually limitless source of power for generating electricity.

Fusion reactions combine light elements in the form of plasma — the hot, charged state of matter composed of free electrons and atomic nuclei that makes up 99 percent of the visible universe — to generate massive amounts of energy. Scientists around the world are seeking to reproduce the process in doughnut-shaped fusion facilities called tokamaks that heat the plasma to million-degree temperatures and confine it in symmetrical magnetic fields produced by coils to create fusion reactions.

A crucial issue for these efforts is maintaining the fast rotation of the doughnut-shaped plasma that swirls within a tokamak. However, small magnetic field distortions, or ripples, caused by misalignment of the magnetic field coils can slow the plasma motion, making it more unstable. The coil misalignments and resulting field ripples are tiny, as small as 1 part in 10,000 parts of the field, but they can have a significant impact.

Maintaining stability in future tokamaks such as ITER, the international facility going up in France to demonstrate the feasibility of fusion energy, will be essential to harvesting the energy to generate electricity. One way to minimize the impact of the field ripples is to add additional magnets to cancel out, or heal, the effect of magnetic field errors. However, field ripples can never be completely cancelled and there has been no optimal method for mitigating their effects until now.

The newly discovered method calls for fooling the swirling plasma particles by canceling out the magnetic field errors along the path they travel. “A way to preserve rotation while providing stability is to change the shape of the magnetic field so that the particles are fooled into thinking that they are not moving in a rippled magnetic field,” said PPPL physicist Jong-Kyu Park, lead author of a paper in Physical Review Letters (PRL) that proposes a solution. “We need to make the 3D field inside the plasma quasi-symmetric to fool the particles into behaving as if they were not affected by the fields,” Park said.

Quasi-symmetry, a form of magnetic field symmetry introduced by physicists studying twisty magnetic confinement systems called stellarators, can be used to minimize the negative effects of 3D fields in tokamaks. Such minimization can improve both the energy confinement and stability of the plasma by enhancing its rotational flow.

“If you can modify these 3D fields to reduce the tendency of the particles to drift away from where they started, then we can maintain the natural plasma rotation and the confinement of particles and heat,” said PPPL physicist Raffi Nazikian, a co-author of the paper.

Park and colleagues have demonstrated the use of quasi-symmetry to render mostly harmless the error-field ripples in tokamaks. Tests on the DIII-D National Fusion Facility at General Atomics (GA) in San Diego and the Korean Superconducting Tokamak Advanced Research (KSTAR) facility in South Korea have shown positive results. The process “provides a reliable path of comprehensive error field optimization in fusion burning plasmas,” according to the paper.

While such optimizations will be vital, scientists typically use magnetic field ripples to cope with other problems. For example, on DIII-D, researchers have used special coils to reduce or eliminate edge localized modes (ELMs) — explosive bursts of heat that can damage the interior of tokamaks.

Such cases are the most important example of the good use of ripples and the new findings mark a breakthrough in dealing with the bad ones. “Jong-Kyu has taken the algorithms to tailor the tokamak’s troublesome three-dimensional magnetic fields to a new level,” said Carlos Paz-Soldan, co-author of the paper as a DIII-D physicist and now an associate professor at Columbia University. “This framework will certainly be the basis upon which future control strategies for these fields are developed,” Paz-Soldan said.

Scientists are also actively pursuing the concept of quasi-symmetry to optimize the design of stellarator fusion facilities that intrinsically operate with 3D fields. The concept has demonstrated success in minimizing the loss of heat and particles in stellarators, a long-standing problem with the cruller-shaped facilities that use a set of complex twisted coils that spiral like stripes on a candy cane to produce magnetic fields.

The stellarator work illustrates the wide-ranging applicability of quasi-symmetry in fusion research. The next step, said Park, will be to apply the concept to ITER, “so we can do a good job to correct the error fields in that tokamak.”

About the DIII-D National Fusion Facility: DIII-D is the largest magnetic fusion research facility in the U.S. and has been the site of numerous pioneering contributions to the development of fusion energy science. DIII-D continues the drive toward practical fusion energy with critical research conducted in collaboration with more than 600 scientists representing over 100 institutions worldwide. For more information visit http://www.ga.com/diii-d