With the support of a Data Science Investigator grant from the Novo Nordisk Foundation, Associate Professor Morten Arendt Rasmussen from the Department of Food Science at the University of Copenhagen (UCPH FOOD) in Denmark will create a model for a new completely personalised dietary profile that could potentially relieve the symptoms of inflammatory diseases such as asthma by providing information about what is good and bad to eat in relation to the individual’s health status. His research team will be using a cohort from the Danish COPSAC project – Copenhagen Prospective Studies on Asthma in Childhood – which focuses on asthma, but the researchers expect that the model may also be relevant for other inflammatory diseases such as multiple sclerosis and rheumatoid arthritis. 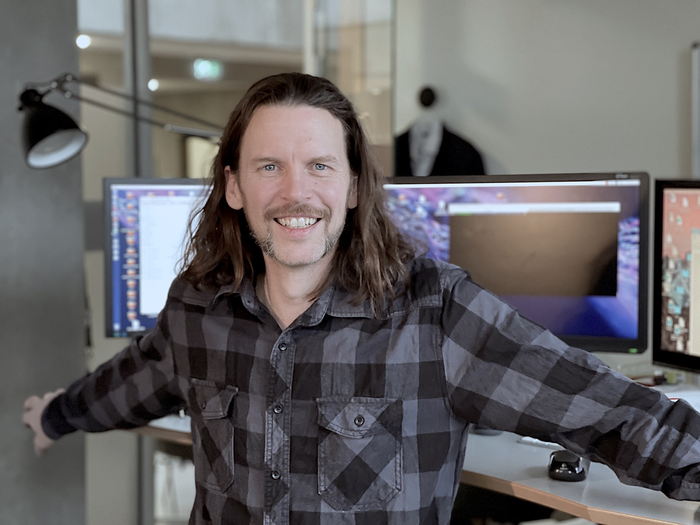 With the support of a Data Science Investigator grant from the Novo Nordisk Foundation, Associate Professor Morten Arendt Rasmussen from the Department of Food Science at the University of Copenhagen (UCPH FOOD) in Denmark will create a model for a new completely personalised dietary profile that could potentially relieve the symptoms of inflammatory diseases such as asthma by providing information about what is good and bad to eat in relation to the individual’s health status. His research team will be using a cohort from the Danish COPSAC project – Copenhagen Prospective Studies on Asthma in Childhood – which focuses on asthma, but the researchers expect that the model may also be relevant for other inflammatory diseases such as multiple sclerosis and rheumatoid arthritis.

“Our hypothesis is that we may be able to relieve a number of the inflammatory diseases. If we can determine which people have some unfortunate eating habits with regards to their body and health status, we will theoretically be able to change the dietary recommendations so that the individual will experience a healthier body If they follow the recommendations. This is the goal and framework for our research,” explains Associate Professor at the Department of Food Science at the University of Copenhagen (UCPH FOOD) Morten Arendt Rasmussen.

The research is being conducted on young people

More than 300 young people who are part of the mother-child cohort, COPSAC2000, are participating in the research project. They represent an average of young people in terms of nutrition, and what they have in common is that they have been thoroughly studied since they were infants, which means that the researchers know a great deal about them – knowledge that is included in the calculations of the model.

“The group is similar to all others on a dietary level and the only thing that differentiates them is that they all have a mother that has asthma. In the cohort, there are some who are overweight and some who have eczema and asthma that compromise their quality of life. If we can examine their metabolism and determine whether there are any dietary components that aggravate their illness, or that they may be missing that would help them to improve their health, then it will be a huge gain – both for them and for society, says Morten Arendt Rasmussen.

If successful, the method could immediately be used in the health care system.

“Optimally, we just need to know age, height, weight and gender to create a personal diet profile. But this is probably too optimistic an assumption, and to develop an effective Point of Care method, we will probably also need genetic information, which can be obtained from a hair sample (DNA) and a stool sample (intestinal microbiome), and then it will be more costly. But we find ourselves in a time where you can get these two types of information for a few hundred USD. So, if you imagine that you are dealing with individuals who are highly motivated to make a dietary change for the benefit of their health, then the figures are not astronomical,” says Morten Arendt Rasmussen.

The falling cost of doing this type of research is a prime driver in the project, which would not have been realistic a few years ago. Another driver, as mentioned, is to determine whether you can prevent inflammatory diseases through diet.

“It would be fantastic if we could help create a completely different paradigm for treatment than what is happening clinically right now, where you only treat the symptoms of a number of diseases. This applies, for example, to asthma, allergies and eczema,” says Morten Arendt Rasmussen and continues:

“Perhaps with this research we can determine whether young adulthood is a cardinal time to change dietary habits, as the participants are finished with puberty, but are only just about to step into adulthood. What happens if you optimise your diet at this age – we want to find that out to relieve, postpone or completely avoid a life that is compromised by diseases,” says Morten Arendt Rasmussen.

The body has two genetic systems that affect digestion

The healthcare field is already familiar with personalising medicine, but calculating a personalised diet is more complex – in part because you have to deal with two types of genetics instead of one.

“In medical treatment, a personalisation is typically tied to the individual’s own genetics. You know the mechanisms for how a given medication works in relation to the host person’s genes and in relation to a specific disease. Thus, you can choose the correct medication and dose. But with diet, it becomes more complex because there are several factors at play,” says Morten Arendt Rasmussen.

This includes, in addition to cell genetics, the genetics we have in the intestinal microbiome, called metagenetics – i.e., our personal composition of bacteria in our guts, and all the enzymes they contribute to digestion.

“In both genetic systems, enzymes are produced that are involved in the way we digest food, which is important to consider when you want to know what impact the diet has on our health,” says Morten Arendt Rasmussen.

We need to create a standard

When you want to tailor something, it is important to have a standard for what is good or bad – so you know what to optimise for. The researchers are using two different methods to find a standard for how the body digest food in relation to some personal parameters.

Method 1 – a hard kick to the digestion monitored by metabolomics:

Method 1 takes place in the laboratory, where the researchers expose the participants to a meal provocation – a so called meal challenge.

“They get a cocktail of stuff that is not particularly healthy but has a high content of both fat and sugar and contains half the calorie intake you would typically have in a whole day. The participants consume the cocktail over a period of 3-4 minutes, and thus we kick the digestion quite hard to see how the body reacts,” says Morten Arendt Rasmussen.

The participants must remain sedentary and can therefore not use physical activity as an aid to the metabolism.

“We then take regular blood and urine samples to see how the body reacts and how it orchestrates a return to the normal level,” says Morten Arendt Rasmussen.

The researchers measure the various biological constituents of the blood and urine samples that are metabolised in connection with digestion (metabolites), including fat content, cholesterol, glucose, amino acids, etc. to follow the development of the digestive period – also known as the postprandial phase.

Method 2 – live your life, but tell us what your diet looks like and let’s measure the consequence via blood glucose:

“Method 1 is a standardised study, where everyone consumes the same, and where the same things are subsequently measured. Method 2, on the other hand, is an observational study in which the participants themselves decide what they eat, while we monitor it using a sensor and the participants’ mobile photos,” explains Morten Arendt Rasmussen.

The aforementioned sensor measures the glucose content in the blood and has been developed for diabetic patients, who use it to control when they should take insulin.

“We use it to measure how the body reacts to food intake. Glucose is the primary fuel for the body’s cells, which is why the body is also designed to regulate blood glucose meticulously. Monitoring variations in blood glucose in the individual is therefore a good indicator of the individual’s digestive ability,” says Morten Arendt Rasmussen.

The participants take a photo of everything they drink and eat with their mobile phones, and the researchers expect to end up with 15-16,000 photos of food from the participants.

Using the two different methods, the researchers will end up with some large data sets that tell them how the young people’s metabolisms function and will reveal what is good for them, or not so good for them to eat and drink, respectively. The data sets will then be compared with background information on genetics, metagenetics, lifestyle, diseases, etc. This is done in order to understand the reasons for the variation in the participants’ digestion, as well as to calculate whether the variation can be associated with the presence of specific diseases in the participants.

The researchers will then set up a model that can be used to create individualised diet recommendations based on knowing the individual’s genetics via a DNA test and metagenetics from a stool sample plus gender, age, height and weight.

The result of the studies on the COPSAC2000 cohort will be translated into an experiment in which the researchers will investigate whether a tailored diet can help improve the health of young people with asthma, allergies and eczema. There will be a lottery study, in which some of the participants will receive the tailor-made diet plan, while there will also be a control group, where the participants will continue to eat as they usually do.

If we believe that we can do more for health through the diet, then the individual must have their own diet profile, Morten Arendt Rasmussen believes.

“It will be close to the healthy diet profile we already know, but it will have some modifications for the individual. The question then is how great of an effect the diet really has in relation to the inflammatory diseases – this research will give us an idea of that,” says Morten Arendt Rasmussen.

If the personalised diet recommendation proves to be effective, researchers would like to create a Netflix-like food system.

“Netflix is based on a recommender system. You evaluate whether the film you are watching is good or bad, and after some time the system – which now knows your preferences – will recommend new films to you. You can imagine that the films are the foods, and that the 1-5 stars assess your personal glucose level in the blood immediately after consuming the recommended foods. Then you will be able to learn which foods are good and bad for you,” says Morten Arendt Rasmussen.

However, the “Netflix” diet is not covered by this project, but it is a goal in the long run.

Facts about the research

The Novo Nordisk Foundation has awarded the project a Data Science Investigator grant of DKK 9,267,806. The project is led by Associate Professor Morten Arendt Rasmussen, who splits his time between the COPSAC project at Gentofte Hospital and the Department of Food Science at the University of Copenhagen (UCPH FOOD).

The participants in the research project are young people from the COSPAC2000 mother-child cohort. The cohort is comprised of 411 now 20-year-olds, whom the researchers have followed from birth and therefore have a lot of data about, including, for example, characteristics of early life, health, illness, and diet. More than 350 of the cohort participated in a survey at the age of 18, where their metabolic (digestive) characteristics were mapped out. It is this data that forms the foundation of this project.