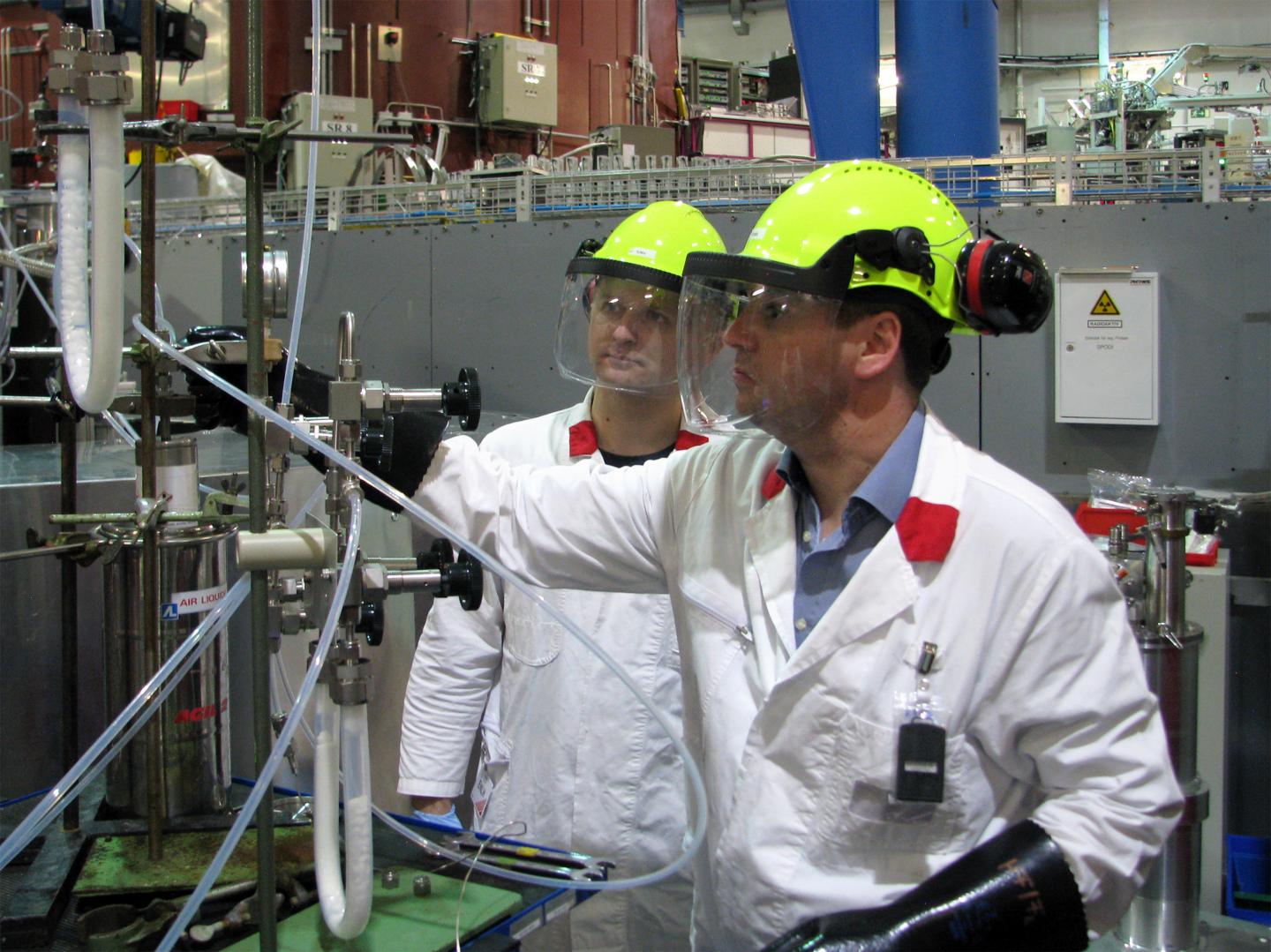 In toothpaste, Teflon, LEDs and medications, it shows its sunny side – but elemental fluorine is extremely aggressive and highly toxic. Attempts to determine the crystal structure of solid fluorine using X-rays ended with explosions 50 years ago. A research team has now clarified the actual structure of the fluorine using neutrons from the Heinz Maier Leibnitz Research Neutron Source (FRM II).

Fluorine is the most reactive chemical element and highly toxic. It is nonetheless widely deployed. In the first attempt to determine the atomic distances of solid fluorine in 1968, a research team in the United States used X-rays. A difficult task, because fluorine only becomes solid at about minus 220 °C. And already cooling down the aggressive element resulted in explosions.

Nobel laureate Linus Pauling was sceptical about the results of the team and in 1970 proposed an alternative structural model – without delivering the experimental proof. For 50 years, no other chemist ventured to take on the delicate task.

Using neutrons from the Heinz Maier-Leibnitz Research Neutron Source in Garching, scientists from the University of Marburg, the Technical University of Munich (TUM) and the Aalto University in Finland have now finally elucidated the structure.

Neutrons are particularly well suited for localizing fluorine atoms with high precision. Since they can penetrate even thick-walled sample containers, neutrons provided the method of choice for Professor Florian Kraus and his team in Marburg. They were supported in their investigations on the powder diffractometer SPODI at the FRM II by the TUM scientist Dr. Markus Hölzel and his colleagues.

For their investigations, the researchers implemented a special measuring setup to study fluorine at very low temperatures. To this end, they deployed materials that are particularly resistant to fluorine and ensure safe handling.

Application in LEDs, toothpaste and pharmaceuticals

“Extremely precise measurements with neutrons are important to facilitate calculations for a wide variety of applications,” says Florian Kraus. “For other elements, high-precision crystal structures have been available for years. The crystal structure of oxygen, for example, has been investigated 35 times and carbon even 108 times.”

But fluorine is also an essential part of everyday life. Among other things, fluorides are used as additives to toothpaste. They are used in LED bulbs to turn the cold LED light into a warm white. Fluorine compounds are also added to many pharmaceuticals to increase their effectiveness.

Neutron measurements confirm the suspicions of the Nobel Prize winner

Even though the results of the measurements from the 1960s were not precise, Florian Kraus was nonetheless quite surprised by the great difference: “Using neutron measurements, we were able to resolve the atomic distance 70 percent more accurately,” says the chemist. “And the crystal structure shows that Nobel laureate Linus Pauling was spot on with his doubts.”

The Crystal Structures of alpha- and beta-F2 revisited

Screening for genes to improve protein production in yeast