The vaccine, made of disease-fighting proteins, could boost efficacy, accelerate production of seasonal flu vaccines 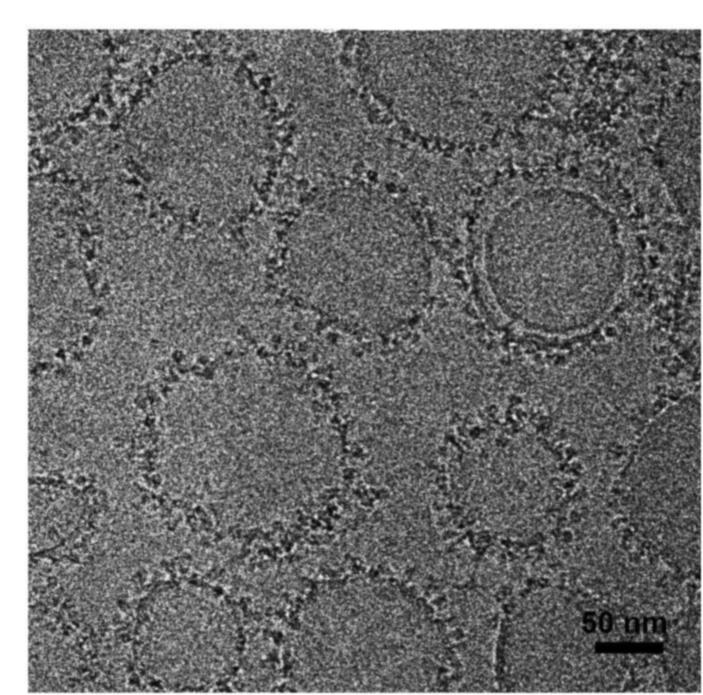 BUFFALO, N.Y. — An experimental flu vaccine consisting of billions of tiny spherical sacs that carry infection-fighting proteins throughout the body has proven effective in preclinical studies.

Described in a study published May 24 by the Proceedings of the National Academy of Sciences, the vaccine has the potential to:

“The results are very encouraging”, says the study’s senior author, Jonathan Lovell, PhD, associate professor of biomedical engineering at the University at Buffalo.

“Typically, flu vaccines contain either deactivated microbes that cause influenza, or they are based on weakened forms of the disease. The vaccine we’re developing is a recombinant protein nanoparticle vaccine that stimulates a strong immune response,” Lovell says.

Key to the vaccine’s success is a liposome Lovell and colleagues created called cobalt-porphyrin-phospholipid, or CoPoP.

These tiny spherical sacs, which are small enough to be considered nanoparticles, form the backbone of what is known pharmaceutical parlance as a vaccine platform, which is any underlying technology used to develop multiple vaccines.

(While not part of this study, the platform is being utilized in clinical trials in South Korea as a COVID-19 vaccine candidate. This is a partnership between UB spinoff company POP Biotechnologies, co-founded by Lovell, and South Korean biotech company EuBiologics. POP Biotechnologies is also working with Scripps Research to study the platform in a possible HIV vaccine.)

Alone, these liposomes do not fight disease. But they possess a special talent. They spontaneously convert virus proteins that prompt immune responses into a more potent nanoparticle format.

“This conversion is advantageous because the dissolved proteins attach to the surface of the liposomes, where the proteins enhance the immune system’s response to disease,” says senior author Matthew Miller, PhD, associate professor of biochemistry and biomedical sciences at McMaster University

In the study, the researchers introduced a group of proteins known as hemagglutinin to the CoPop liposomes. One particular hemagglutinin, known as trimeric H3 HA, triggered a strong immune response in mice.

“The nanoparticles carry the trimeric H3 HA to the body’s immune cells, and they provoke those immune cells to respond more vigorously to the flu,” says lead author Zachary Sia, a PhD candidate in Lovell’s lab.

Even with doses as low as 2 nanograms, the vaccine provided a similar level of protection that vaccines with doses typically measured in micrograms, or roughly 1,000 times more.

The vaccine platform is also versatile.

Researchers were able to simultaneously bind 10 recombinant proteins representing distinct influenza virus strains to generate a highly multivalent nanoparticle. A 5 nanogram dose in mice offered protection against the H5N1 flu strain, more commonly known as bird flu, a virus that epidemiologists say has the potential to trigger a pandemic.

Additional support came from the Veterans Affairs Western New York Healthcare System, the Facility for Electron Microscopy Research at McGill University, and the Canadian Foundation for Innovation and the Government of Quebec.