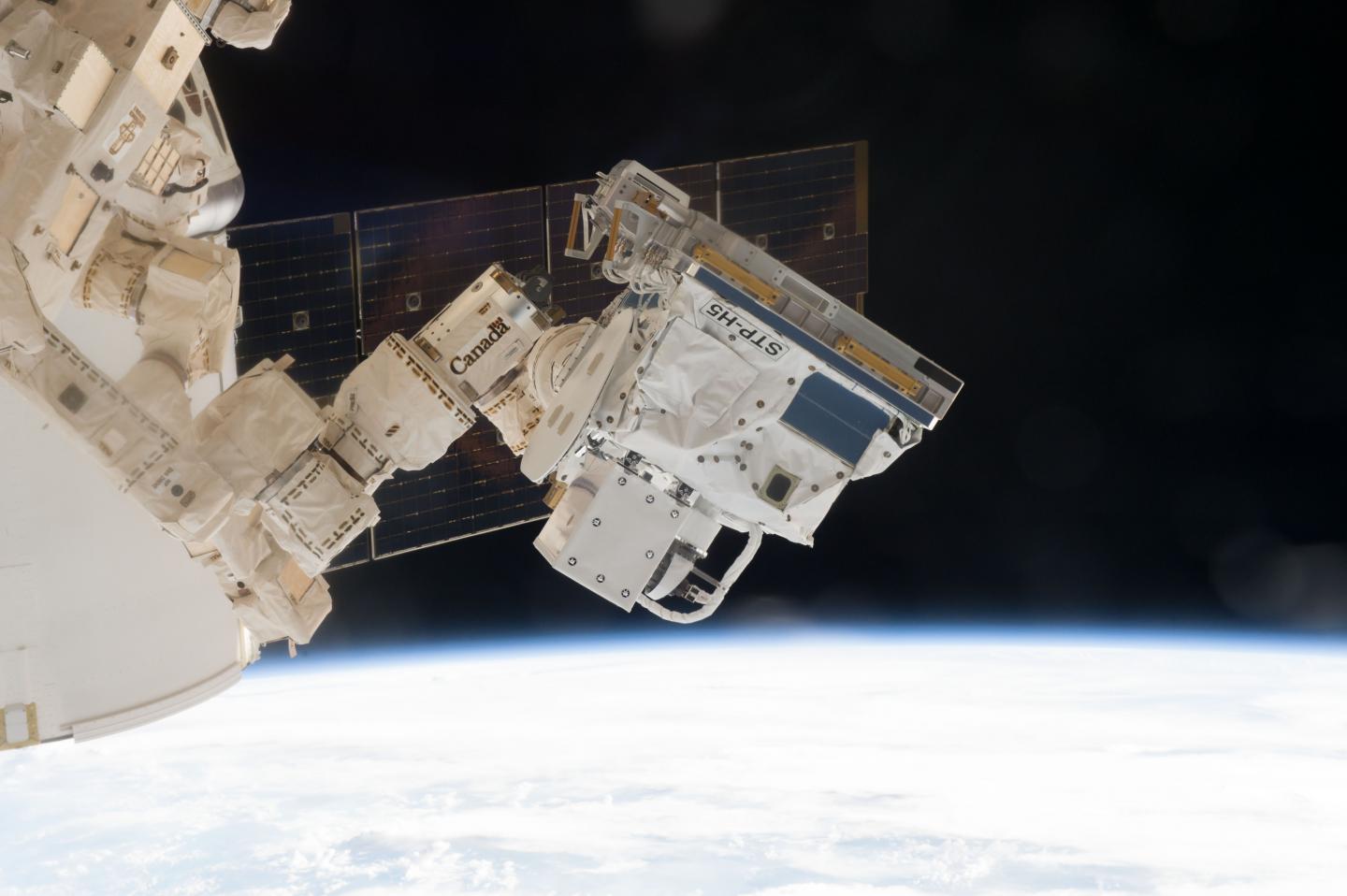 From shutting down unexpectedly to exploding, electronics can wreak havoc when they overheat. A Florida-based company called Protodromics LLC has licensed a NASA technology that takes advantage of a physical force called electrohydrodynamics (EHD) to pump water or other fluids and cool overheated electronics. Due to the technology’s low power consumption, modular nature, and small size, it can be embedded into a variety of electronic devices, including ultra-cold storage containers, drones, and spacecraft instruments.

“Thermal control is a significant limiting factor in electronic power consumption today, and this technology seeks to overcome some of those limitations,” said Eric McGill, a senior technology manager with the Strategic Partnerships Office at NASA’s Goddard Space Flight Center in Greenbelt, Maryland.

The micro-scale EHD modular cartridge pump, or EHD pump for short, uses electric fields to move fluid in a thermal loop, which dissipates excess heat and keeps electronics running smoothly. Because the EHD pump is small and consumes little power, it has a wide range of potential applications. The pump can integrate with computer chips for a seamless design.

“When electronics get too hot, they have to slow performance or shut down,” said Adam Wexler, founder and CEO of Protodromics. “For a gaming computer, it’s a mere annoyance, but it’s a serious thing if the motor of your drone overheats and shuts down mid-flight.”

While pursuing his graduate degree, Wexler studied the interaction of water and electric fields, including an EHD phenomenon that makes water “float” by applying high voltage to two beakers of distilled water. Wexler found Goddard thermal engineer Jeffrey Didion’s work online and coordinated with Goddard to license the EHD pump in 2020. Now, with support from Florida business incubator Groundswell Startups, he’s exploring ways the technology can be infused into various commercial applications.

“One great feature of this tech is its ability to pump fluids very efficiently through tiny spaces,” Wexler said. “We’re looking at use cases such as the power modules for electric vehicles, where removing the highly concentrated heat is important for range as well as reliability.”

The pump is part of a larger, ongoing project studying EHD force, with hardware development run by Didion and research headed by Jamal Yagoobi of Worcester Polytechnic Institute in Worcester, Massachusetts. Their work began in 1992, and they’ve taken their research from scientific concept to thermal hardware demonstrations on the International Space Station.

“The pump itself was built entirely at Goddard,” Didion said, “from assembly to integration and testing.”

Protodromics is collaborating with a University of Florida initiative called the Innovation Fellows Program, which brings together engineering and business students to develop new projects or technologies. Together, they are studying how the EHD pump could meet the thermal challenges of high-performance edge computing to boost the reliability of 5G networks and factories that utilize artificial intelligence. The EHD pump also has demonstrated potential in addressing performance limitations for electric vehicles, a market expected to experience global growth in future years.

While potential market opportunities abound, Wexler said his company will focus on manufacturing in the coming months. Protodromics will continue to study how to turn NASA’s EHD pump design into a product that can be manufactured at scale and modified to accommodate an assortment of applications. Wexler said that technologies like the EHD pump further the field of additive manufacturing or 3D printing, which he sees as advancing technology capabilities in space and on Earth.

“It’s been fantastic to learn about the Startup NASA license and how accessible NASA’s technology is,” Wexler said. “I’m excited to take this technology that Goddard has created and bring it to the market.”

The EHD pump was invented by Matthew Showalter, Jeffrey Didion, Mario Martins, and Franklin Robinson, all members of the Mechanical Systems Division at Goddard. NASA Headquarters in Washington, D.C., provided funding for technology demonstrations aboard the space station and on NASA aircraft. Additional funding sources include the Goddard Internal Research and Development Program.