Floods are impacted by a changing climate

A large international research project led by the Vienna University of Technology has demonstrated, for the first time on such a scale, that climate change is altering the magnitude of flood events 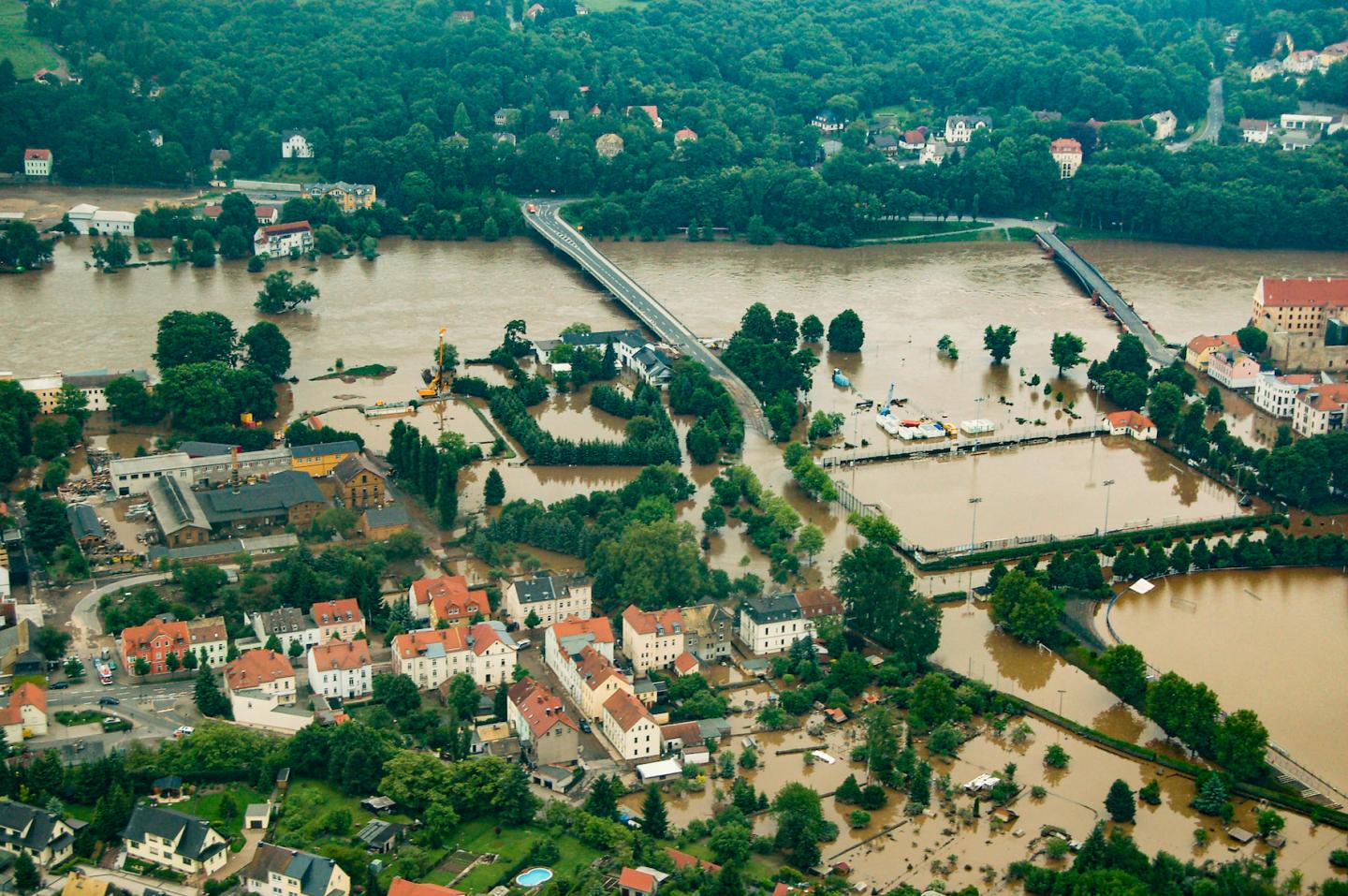 Climate change affects not only the temporal pattern of floods, but also their magnitude. This is shown by an international study which evaluated data from more than 3,700 flood monitoring stations throughout Europe over a period of 50 years. According to the data, flood events are increasing in northwestern Europe and decreasing in southeastern Europe. The study, in which Bruno Merz of GFZ German Research Centre for Geosciences was also involved, appears in the journal Nature.

Rivers overflowing their banks cause around 100 billion dollars of damage worldwide every year. And researchers have long suspected that climate change could exacerbate the problem. But there was a lack of data. “Two years ago, we were able to show that temporal patterns are changing. Now, together with international colleagues, we have demonstrated that the severity of events is also influenced by climate change,” says Bruno Merz, head of the Hydrology Section at GFZ. He was involved in the study, which was led by Günter Blöschl from Vienna. Blöschl, who conducts research at the Vienna University of Technology, was a member of the Scientific Advisory Board of the GFZ for six years and is a Helmholtz International Fellow at the GFZ. The Austrian flood expert says: “Regardless of the necessary efforts of climate change mitigation, we will see the effects of these changes in the next decades. Flood management must adapt to these new realities.”

The study in which 35 European research groups were involved evaluated data from 3738 flood monitoring stations throughout Europe. The data cover fifty years between 1960 and 2010: “It has long been suspected that climate change has an impact on the extent of flooding, as a warmer atmosphere can store more water,” explains Günter Blöschl. “But that is not the only effect, flood changes are more complicated.

In central and north-western Europe, between Iceland and the Alps, floods are increasing as precipitation increases and soils become more humid. In Southern Europe, on the other hand, flood levels tend to fall – climate change leads to decreasing precipitation and higher temperatures lead to increased evaporation of soil water. In the case of small rivers, however, flooding can increase due to more frequent thunderstorms and changes in land management (e.g. deforestation).

In the more continental climate of Eastern Europe, flooding levels are also decreasing due to less snow in winter. “There are clear flood risk patterns across Europe that match the projected impacts of climate change,” says Blöschl. So far, data have not been sufficient to determine whether both the extent and timing of flood events are changing across Europe. Now the authors say: Yes, the effects of climate change are clearly visible here.

The extent of the flood changes is remarkable: they range from a decline in expected flood levels of 23% per decade to an increase of 11% per decade (compared to long-term averages). If these trends continue in the future, significant effects on flood risk are expected in many regions of Europe.

Kids wore video cameras in their preschool class, for science

The next step in organ transplants: New startup takes aim at…