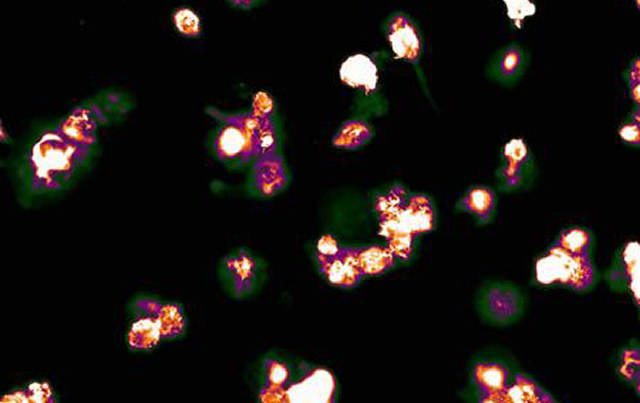 Rheumatoid arthritis patients taking medications that inhibit interleukin-1beta (IL-1beta), a molecule that stimulates the immune system, are 300 times more likely to experience invasive Group A Streptococcal infections than patients not on the drug, according to University of California San Diego School of Medicine researchers. Their study, published August 19 in Science Immunology, also uncovers a critical new role for IL-1beta as the body’s independent early warning system for bacterial infections.

“The more we know about each step in the body’s immune response to bacterial infections, the better equipped we are to design more personalized, targeted therapies for autoimmune diseases — therapies that are effective, but minimize risk of infection,” said senior author Victor Nizet, MD, professor of pediatrics and pharmacy at UC San Diego School of Medicine and Skaggs School of Pharmacy and Pharmaceutical Sciences.

IL-1beta is a molecule that stimulates an immune response, calling white blood cells to the site of an infection so they can engulf and clear away invading pathogens. The body first produces the molecule in a longer, inactive form that must be cleaved to be activated. The scientific community long believed that only the body itself could cleave and activate IL-1beta, by employing a cellular structure known as the inflammasome. But in experiments using cell cultures and mouse models of infection, Nizet and team found that SpeB, an enzyme secreted by strep bacteria, also cleaves and activates IL-1beta, triggering a protective immune response.

“This finding may explain why some of the more invasive, flesh-eating strep strains have a genetic mutation that blocks SpeB production — it helps them avoid tripping the alarm and setting off an immune response,” said first author Christopher LaRock, PhD, a postdoctoral researcher in Nizet’s lab.

The researchers hypothesize that for less invasive strains, like those that cause strep throat, producing SpeB and activating IL-1beta might be advantageous — the resulting immune response may wipe out competing bacteria and help strep establish a foothold in the body.

While the human immune system can quickly recognize and respond to bacterial infections, sometimes this reaction can go overboard, leading to autoimmune diseases such as rheumatoid arthritis. In this case, a person’s own immune system attacks “self” proteins instead of just foreign invaders.

In their efforts to investigate IL-1beta function, Nizet, LaRock and team analyzed a U.S. Food and Drug Administration (FDA) database on adverse events in rheumatoid patients who took anakinra, a drug that dampens autoimmunity by inhibiting IL-1beta. They found that patients receiving anakinra were more than 300 times more likely to experience invasive, flesh-eating strep infections than patients not taking the drug.

“A likely explanation for this increased risk is that with IL-1beta out of the picture, as is the case with patients taking anakinra, strep strains can progress to invasive infection even while producing SpeB, which goes unnoticed by the immune system,” LaRock said.

This finding underscores IL-1beta’s importance as an early warning system that’s triggered not only by the host, but also directly by bacterial enzymes, essentially “taking out the middle man,” Nizet said. The UC San Diego researchers believe this capacity for direct pathogen detection represents IL-1beta’s original role in immunity, going all the way back in evolution to simpler animals, such as fish.

“Inhibiting the body’s bacterial sensor can put a person at risk for invasive infection,” Nizet said, “but just the fact that we now know that this patient population is at higher risk and why means we can take simple steps — such as close monitoring and prophylactic antibiotics — to prevent it from happening. ”

A video on this research can be found here.