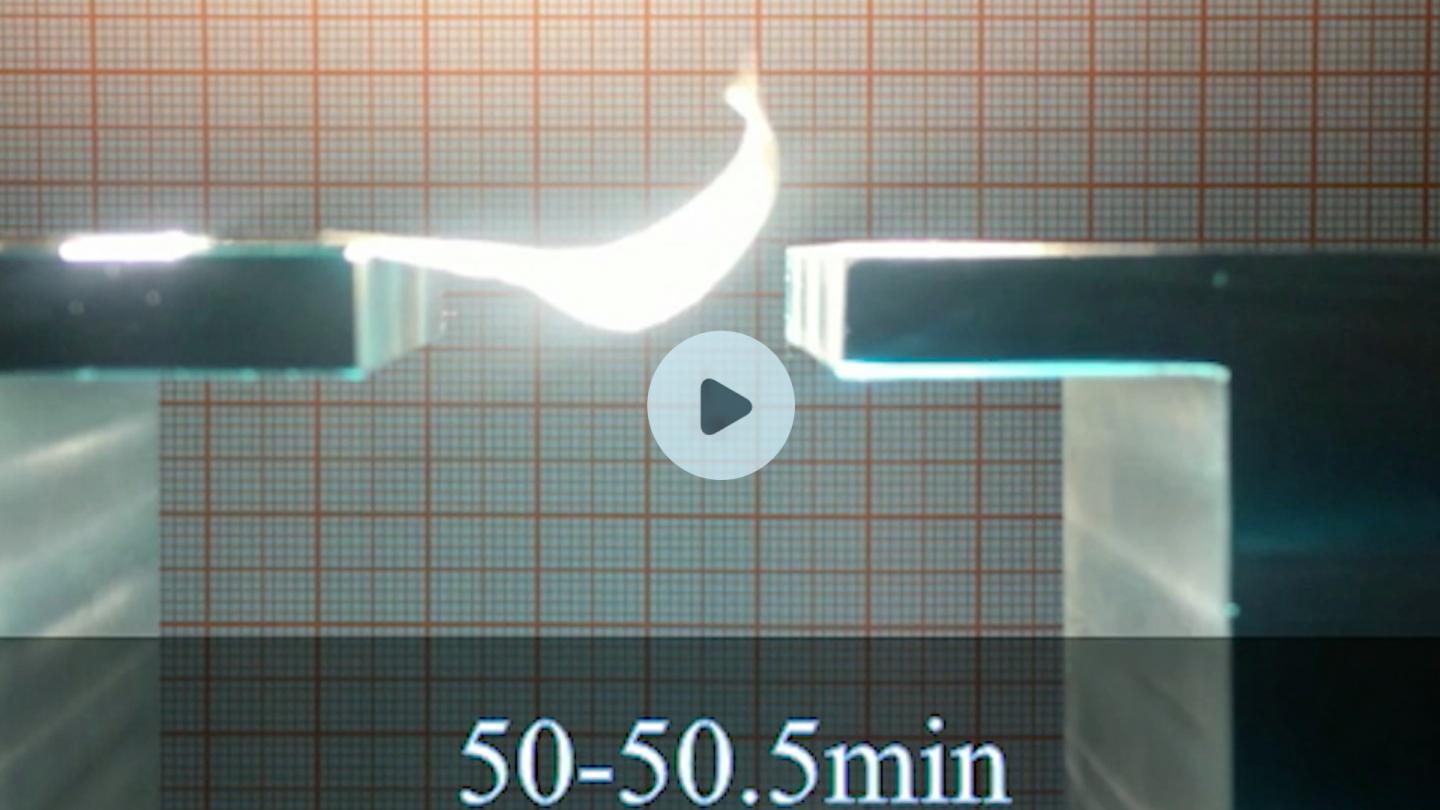 In ancient Greek mythology, Icarus’ wax wings melted when he dared to fly too close to the sun. Now, researchers reporting in ACS Applied Materials & Interfaces have made artificial wings that are actually powered by the sun. The tiny wings, which can flap even faster than those of butterflies, could someday be used in robots or devices for solar energy harvesting, the researchers say. Watch a video of the flapping wings in action here.

Light-driven actuators — devices that convert light directly into mechanical work — have attracted attention because they are wireless and easy to control. However, to keep going, they usually require a high-intensity light source that can be turned on and off, or additional hardware. Ningyi Yuan, Jianning Ding and colleagues wanted to develop a flexible film that could convert natural sunlight into a flapping motion, without the need for additional hardware.

To make their device, which they called a flexible bio-butterfly-wing (FBBW), the researchers coated a thin polymer sheet with a nanocrystalline metallic film. When the team fixed one end of the FBBW strip to a support and shone simulated sunlight onto it, the temperature of the strip increased, and the free end curled up because of the large difference in thermal expansion between the metal and polymer layers. Then, the curved part of the FBBW shaded the metallic layer below, causing the temperature to drop and the strip to unfold. Continuous cycles of bending and unfolding produced a flapping motion that could exceed the frequency of actual butterfly wings. The team demonstrated the FBBW in a light-driven whirligig and sailboat, and in a device that converted sunlight into an electric current. It could someday be used in flying animal robots, among other applications, the researchers say.

The authors acknowledge funding from the National Key Research and Development Program of China, the National Natural Science Foundation of China and the Jiangsu Provincial “333” High-level Talent Training Project.

A new model of the worm C. elegans to progress in the study of a rare disease

Inorganic perovskite absorbers for use in thin-film solar cells