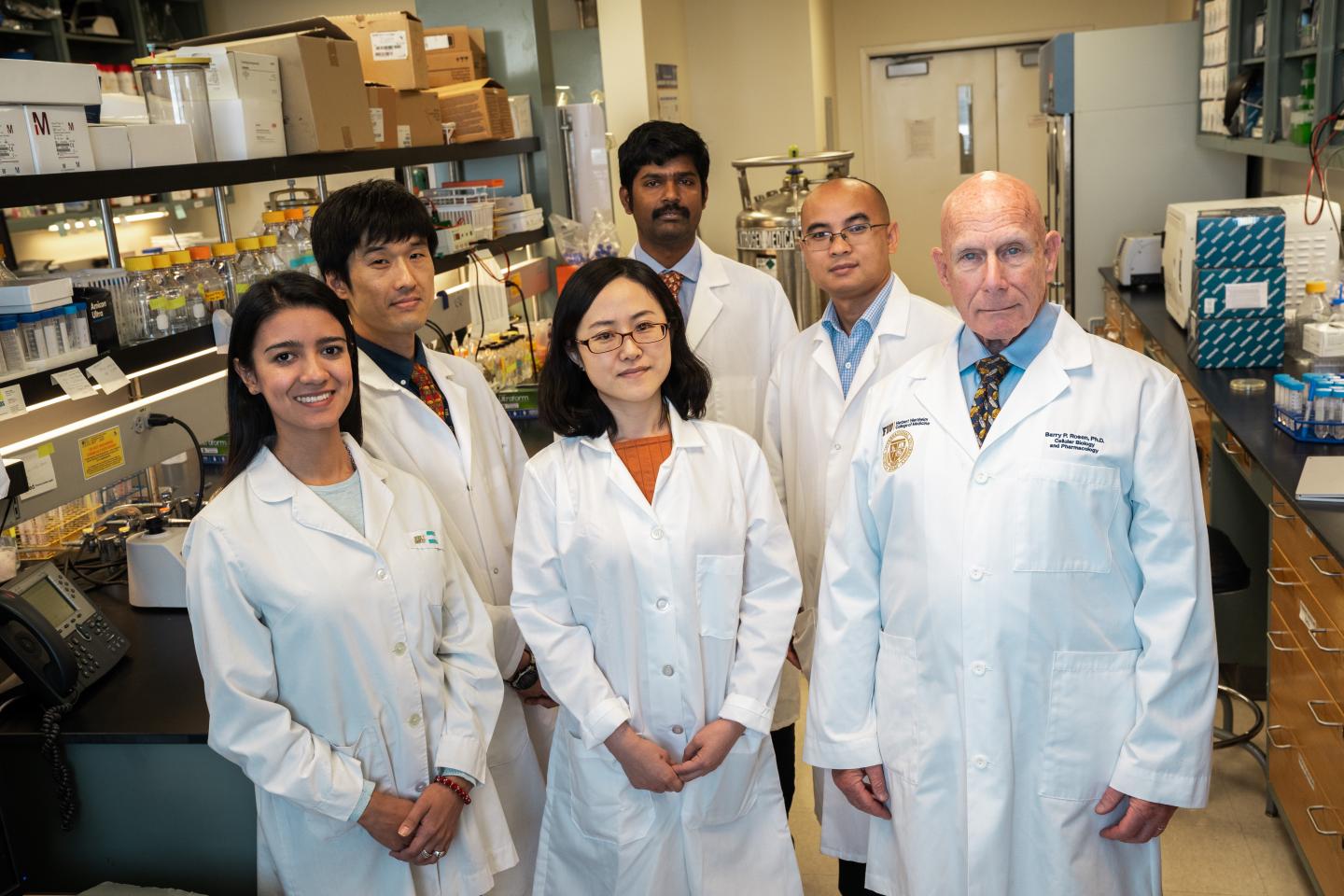 Antibiotic resistance has been called one of the biggest public health threats of our time. There is a pressing need for new and novel antibiotics to combat the rise in antibiotic-resistant bacteria worldwide.

Researchers from Florida International University’s Herbert Wertheim College of Medicine are part of an international team that has discovered a new broad-spectrum antibiotic that contains arsenic. The study, published in Nature’s Communication Biology, is a collaboration between Barry P. Rosen, Masafumi Yoshinaga, Venkadesh Sarkarai Nadar and others from the Department of Cellular Biology and Pharmacology, and Satoru Ishikawa and Masato Kuramata from the Institute for Agro-Environmental Sciences, NARO in Japan.

“The antibiotic, arsinothricin or AST, is a natural product made by soil bacteria and is effective against many types of bacteria, which is what broad-spectrum means,” said Rosen, co-senior author of the study published in the Nature journal, Communications Biology.
“Arsinothricin is the first and only known natural arsenic-containing antibiotic, and we have great hopes for it.”

Although it contains arsenic, researchers say they tested AST toxicity on human blood cells and reported that “it doesn’t kill human cells in tissue culture.”

“People get scared when they hear the word arsenic because it can be a toxin and carcinogen, but the use of arsenicals as antimicrobials and anti-cancer agents is well established,” says Rosen. In 1908, Paul Erlich won the Nobel Prize in medicine after finding an arsenic-based cure for syphilis. Arsenicals are still used to treat tropical diseases, preventing infectious diseases in poultry, and as a chemotherapeutic treatment for leukemia.

According to the Centers for Disease Control and Prevention, around two million people in the United States are infected with drug-resistant bacteria every year, killing more than 23,000. The World Health Organization (WHO) has warned that “a growing number of infections – such as pneumonia, tuberculosis, gonorrhea, and salmonellosis – are becoming harder to treat as the antibiotics used to treat them become less effective.” WHO recently released a global priority list of antibiotic-resistant pathogens that pose the greatest threat to human health.

“We are running out of tools to fight these diseases. We need a new potent antibiotic to solve this problem,” says Yoshinaga, the other co-senior author. “We showed that this new novel arsenic compound can be a potent antibiotic,”

The group of scientists has tested the new antibiotic and found it to be “very effective” against some of the most notorious bacteria affecting public health including E. coli, which can cause severe intestinal infections; and the “last resort antibiotic” carbapenem-resistant Enterobacter cloacae, the culprit of increasing infections in neonatal and intensive care units, and one of the WHO-designated priority pathogens. It also worked against Mycobacterium bovis, which causes tuberculosis in cattle. This suggests the potential for treating human tuberculosis. Further testing will be necessary to determine the antibiotic’s effectiveness and toxicity in animals and humans.

The team is now in the process of patenting its discovery and hopes to work with the pharmaceutical industry to develop the compound into a drug–a long and expensive process that could easily take 10 years. Success is not guaranteed, but the work of these scientists remains extremely important.

“More than 90% of potential drugs fail in clinical trials,” says Rosen. “But if you don’t bring new drugs into the pipeline, you won’t find the ones that work.”

Zoo improvements should benefit all animals

3D print a piece of Mars for the holidays