Fishers keen to help address the problem of marine litter 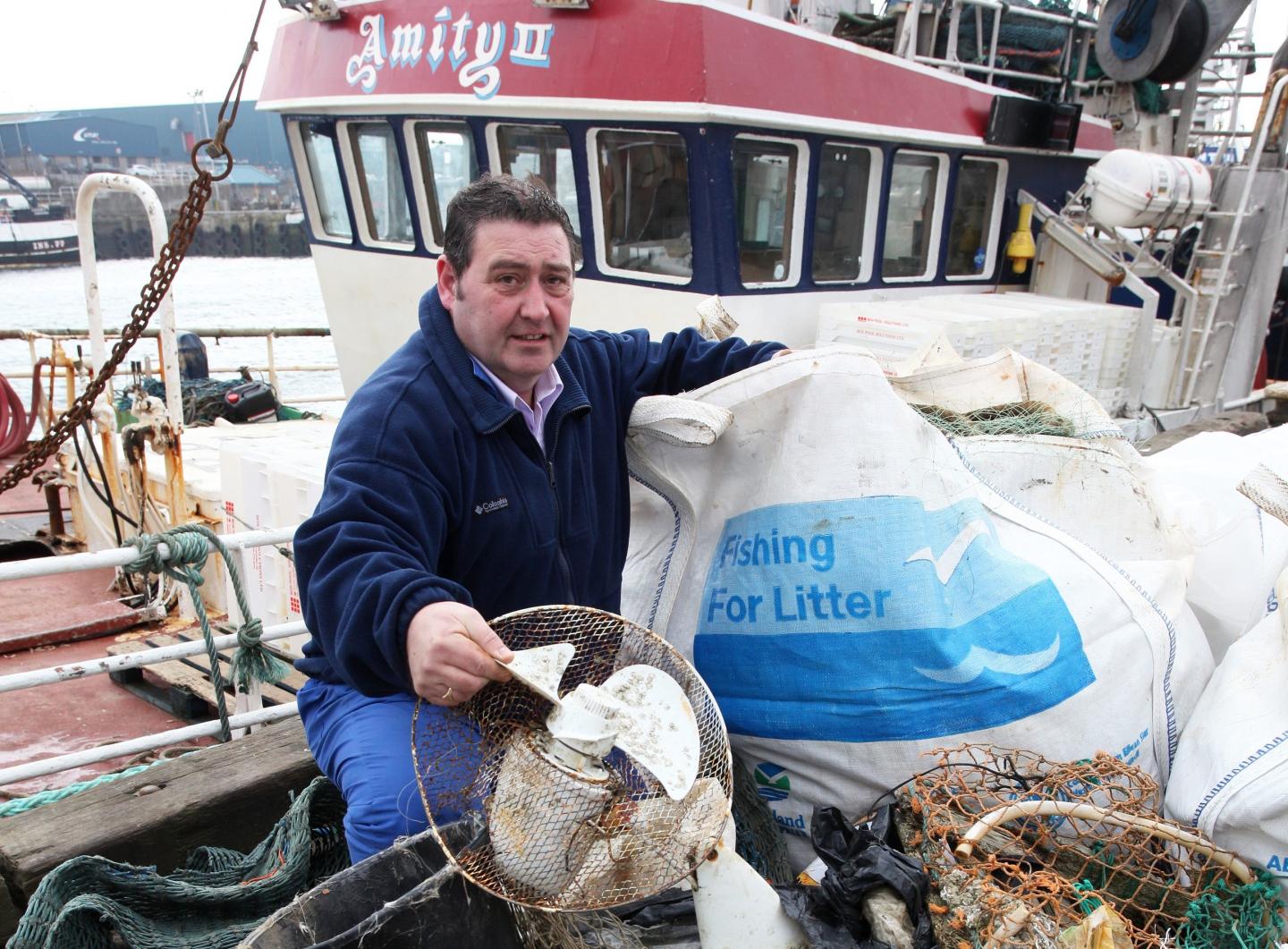 Commercial fishers are acutely aware of the potential for marine litter to cause lasting damage to their catches and the wider industry, a new study suggests.

They also appreciate they can be part of the solution, but believe others – including the shipping and offshore industries – could be doing more to support their efforts to prevent items of marine litter ending up in our oceans.

The research, published in Marine Pollution Bulletin and funded by the Department for Environment Food and Rural Affairs, assessed fishers’ perceptions of Fishing for Litter (FFL) – an initiative that has been operating around the British coastline since 2005.

With hubs in Scotland and the South West of England, its aim is to reduce the amount of marine litter in our seas by physically removing it, while also highlighting the importance of good waste management among the fleet.

Researchers at the University of Surrey and the University of Plymouth spoke to around 120 fishers and other stakeholders, including boat owners and crew both signed up and not registered with the FFL initiative.

Overall, fishers said they often found marine litter in their hauls, adding it was extremely important to manage waste responsibly at sea and on the coast, and that keeping the sea and coasts clean was important to them.

They also believed similar attitudes were held throughout the fishing industry, adding that most fishers assumed responsibility for their own waste and for disposing of it in a responsible manner.

Those surveyed were also broadly supportive of the FFL programme, with scheme members reporting less environmentally harmful waste management behaviours at sea and in other contexts than their non-FFL counterparts.

Dr Kayleigh Wyles, now a Lecturer in Environmental Psychology at the University of Surrey, conducted the research while at the University of Plymouth. She said: “Marine litter is a global, persistent, and increasing threat to the oceans, and there are many great initiatives which are currently working to address this. Fishing for Litter is a unique example, accessing remote and hard to reach marine litter. Our study shows it makes use of people in the right place at the right time, and empowers fishers to do something about a problem that directly affects them (both whilst at work but also during their leisure time). As such, it can make an important contribution to an issue which might often seem to sit across boundaries and policies.”

Associate Professor (Reader) in Psychology Dr Sabine Pahl, from the University of Plymouth’s International Marine Litter Research Unit, added: “The responsibility for marine litter does not sit at the door of any one industry or organisation. However, it does require a collective global change of behaviour and that is something we should all be working to address. Our study shows fishers are passionate about their seas, and ultimately this is a positive initiative that others – whether they work on land or at sea – can emulate as we look to reduce the global impact of marine litter now and in the future.”

The FFL schemes in Scotland and the South West are led by KIMO UK, an association of coastal local authorities whose goal is to eliminate pollution from the Northern Seas, with member ships given special bags that they then use to dispose and collect marine litter.

The latest reports showed that 230 vessels in Scotland and 160 in the South West are signed up to the scheme, and together they have collected more than 1,600 tons of marine litter since the scheme’s UK inception.

Faron McLellan, KIMO UK Coordinator, added: “We at KIMO are so grateful for the research carried out on this study. One of the most important observations highlighted is the environmental motivations from the participating vessels. We see this on a daily basis but it’s something we feel the public may not be aware of, and for it to be recognised in such a study is really important. Being able to identify the strengths and weaknesses of the Fishing For Litter scheme is key for both the success and expansion of our project. Many of the outcomes listed can be adopted within our current grant phases and we look forward to implementing them in due course.”

Scienmag Nov 8, 2019
An article led by Joan Benach shows how the underlying causes of the crisis in Puerto Rico stem from colonialism…

Researchers find cause of rare, fatal disease that turns babies’…